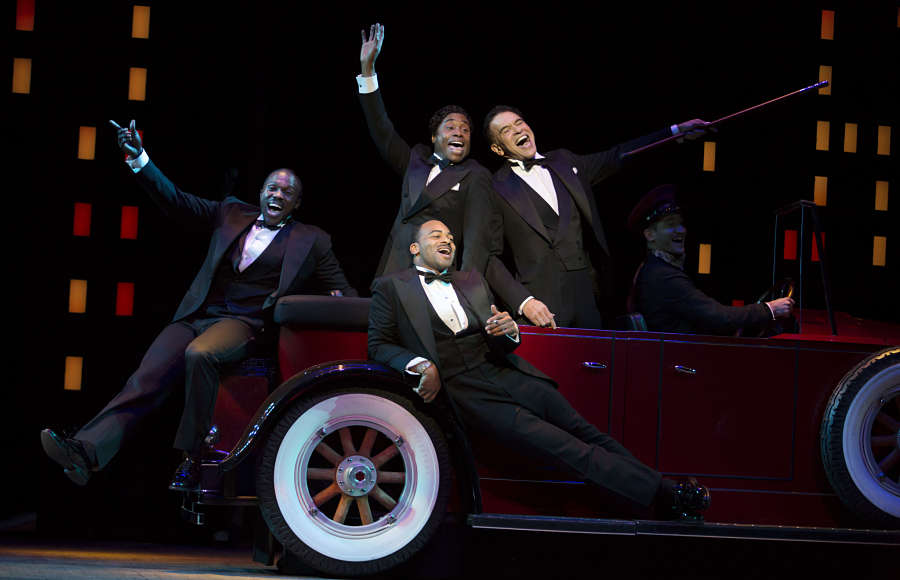 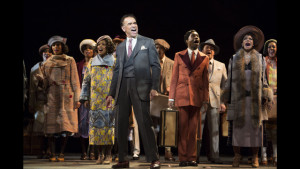 Brian Stokes Mitchell, with the cast during a performance of “Shuffle Along, Or the Making of the Musical Sensation of 1921 and All That Followed” (Julieta Cervantes/Philip Rinaldi Publicity via AP)

Move over Hamilton, because if there is a landslide at the Tony’s, something is terribly wrong. The new kid in town Shuffle Along, or The Making of the Musical Sensation of 1921 and All That Followed has choreography that makes Dames At Sea seem amateurish and the other nominee’s though talented can’t hold a candle to what Savion Glover has tapped onto the stage. These beats are so inspiring; I actually want to see this show in the front row, just to just watch the feet action. The syncopation and the way that Mr. Glover moves the electrically charged energy on stage is nothing short of genius. Bravo! 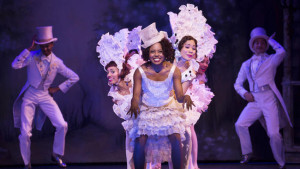 What George C. Wolfe has created at the Music Box Theater any other year would take the Tony’s hands down. I can understand why this show wanted to be considered a revival but a revival it is not. Shuffle Along,” is exquisitely the re-telling of an old time show, but from behind the scenes. Think musical documentary. The original landmark musical was performed in 1921 and featured songs by Noble Sissle (Joshua Henry) and Eubie Blake (Brandon Victor Dixon) with book by Flournoy Miller (Brian Stokes Mitchell) and Aubrey Lyles (Billy Porter). Though the songs remain intact much of the book is by Mr. Wolfe and we see very little of the original show. 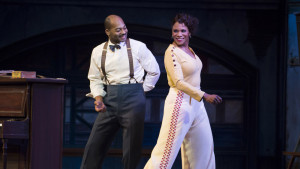 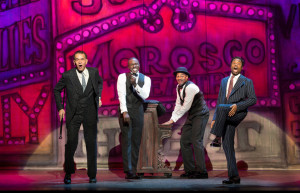 What we see is this unique team of writers/ performers/ producers, breaking ground. Before Shuffle Along, there was no all-black creative team, or all-black company, or a romance involving the touching of all-black hands any where near Broadway. Songs like “I’m Just Wild About Harry,” “Love Will Find a Way,” and “Daddy, Won’t You Please Come Home,” all came from the original show. Since there is not a song list in the playbill, I can’t tell how many are or were from the original, but I can tell you others are from the show Eubie! and I would swear there are some original pieces done for the dancing especially the acapella pieces. Getting to Broadway or at least 21 blocks north of 42nd Street to play close to 500 performances was not simple in the 20’s. Under-financed and completely lied to, the troupe dealt with vermin-infested rehearsal halls, no orchestra pit or dressing rooms, costumes, set or salary, but they knew, what they were doing was something special, especially Lottie Gee (the incomparable Audra McDonald). Miss Gee the leading lady has an affair with the married Eubie Blake, to add a romance to the picture. Opening up with the rousing “Broadway Blues, (a song not in the original show)” we are taken on this journey. 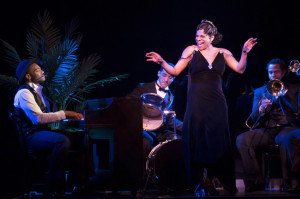 Act Two is darker as everybody starts to leave. The whole act has the feeling of “Loveland” from Follies. When Gertrude Sanders (the utterly adorable Adrienne Warren) leaves Lottie teaches the new girl, Florence Mills (also Ms. Warren) “I’m Cravin’ That Kind of Love.” It is like watching a master class in comedy, voice and loss. Saying good-bye to Eubie McDonald conquers heartache with “Memories of You (featured in Eubie!).” She is transfixing as she vocally and mentally breaks your heart. Billy Porter’s “Low Down Blues (also featured in Eubie!)”)” hits a home run as well. This cast is nothing short of spectacular with names like Darius de Haas, Kendrick Jones, Phillip Attmore and Amber Iman in small roles and the chorus. The hilarious Brooks Ashmanskas portrays all the Caucasian men including Carl Van Vechten, the connoisseur of black culture, with wit and subtlety. In another year this show would have been nominated in the Best Actress (Audra), Best Actor (Mitchell), Best Supporting (Brooks) and won. 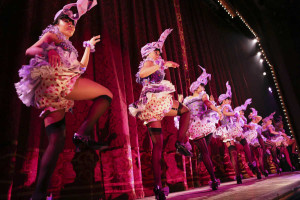 Designed by Santo Loquasto (set), Ann Roth (costumes), Scott Lehrer (sound), and Jules Fisher and Peggy Eisenhauer (lighting), with Daryl Waters excelling with his soul stirring orchestrations and arrangements, I would not count these elements out in taking home some Tony gold. 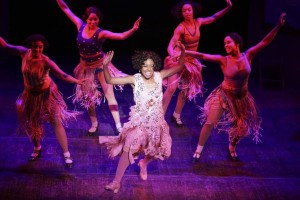 Shuffle Along, or The Making of the Musical Sensation of 1921 and All That Followed is a MUST see. I will bet you it plays at least 500 performances and they will remember the name or at least the Shuffle Along part. It is a same Hamilton will eclipse some of the glory that should go to this remarkable show. 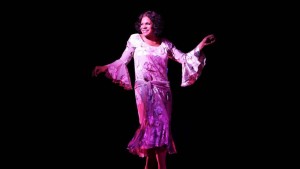 Shuffle Along, or The Making of the Musical Sensation of 1921 and All That Followed: Music Box Theatre, 239 W. 45th St.