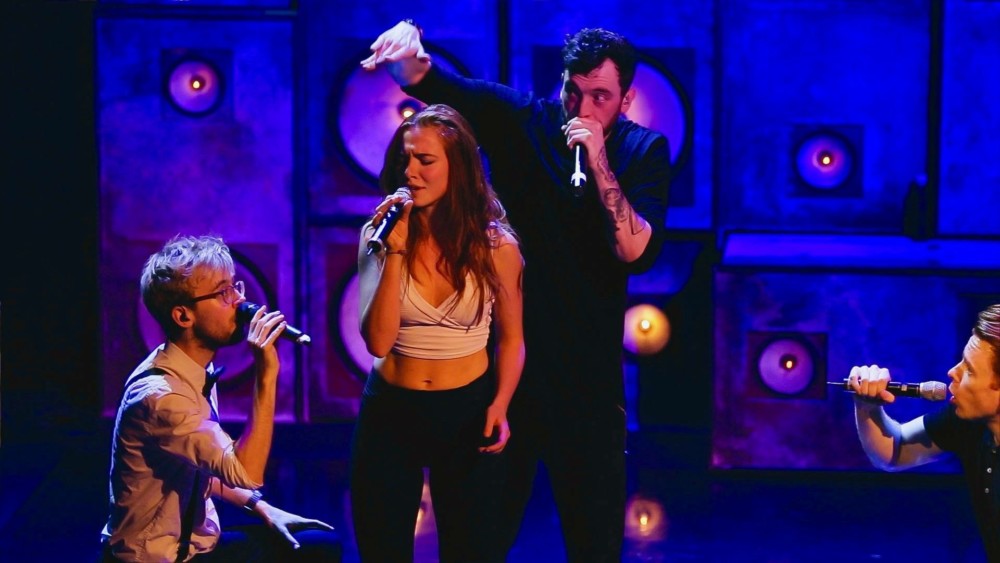 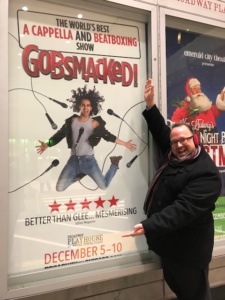 With the unparalleled success of reality television programs like The Voice, The X Factor, The Sing-Off and America’s Got Talent, as well as the feature film success of the Pitch Perfect franchise, it is no surprise Broadway in Chicago’s latest is a live, a cappella celebration of song simply titled Gobsmacked! For those not in the know, Gobsmacked is British slang term, meaning ‘utterly astonished and astounded’. This 90 minute show features a talented troupe of singers performing an array of songs from the last 5 decades. Not an instrumental accompaniment in sight, all of the doo-wap, mashup and beatboxing sounds the audience enjoys is created by the casts’ voices. Having played sold out shows from around the world, including London, Hong Kong and Edinburgh, this team has now crossed the ocean to tour the United States, making their Windy City debut at the Broadway Playhouse Theatre. 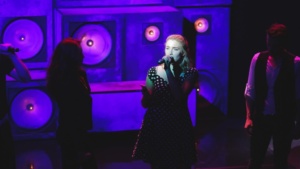 Originally created by Nic Doodson and Jack Blume, director Alexandra Spencer-Jones kept the cues loose and the pace light. This jubilant and family friendly showcase is all music, all the time. The cast includes world-champion beatboxer, Ball-Zee, as well as vocalists Marcus Collins, Monika Sik-Holm, Emilie Louise Israel, Nick Hayes, Joanne Evans and Ed Scott. This international collection of performers will cajole a smile from almost any audience member. Under the musical direction of Jack Blume, the songbook is performed in rapid-fire succession, including such hits as The Killers’ Mr. Brightside, Lady Gaga and Beyonce’s duet Telephone, Adele’s Rolling In The Deep, Alicia Keys’ Man’s World, Barry Manilow’s Could This Be Magic, Prince’s Kiss, David Guetta’s Titanium, The Beatles’ She Loves You (Yeah, Yeah, Yeah) and The Pointer Sister’s Jump (For My Love). Each member of the cast individually highlighted in rotating solo vignettes. 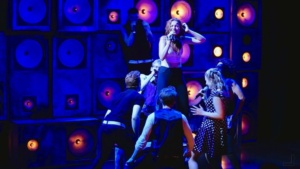 If you are looking for an overall story or remarkable and eye-catching choreography, this is not that kind of show. The runs here are exclusively vocal. The lifts will only be in your spirit as you are certain to have a favorite song or two from the vast collection performed. Whether your musical tastes range more toward Beatles’ classics, 1980’s pop, 1990’s grunge or the hits in heavy rotation on today’s pop radio, Gobsmacked! has something for which everyone can tap a toe. The concert style lighting from Charlie Morgan-Jones and Zach Ciaburri helped to maintain the staged momentum as well. 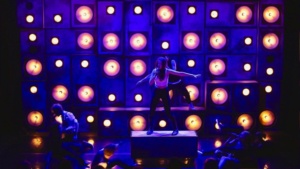 With the holiday season upon us, families are looking for unique outings to experience. While the show is not perfect, the vocal styling’s of Gobsmacked! will certainly entertain multiple generations with harmless and affable pop songs for a couple of hours. The only heavy lifting required here is vocal and demonstrated center-stage. What Gobsmacked! lacks in story, it makes up for in moxie. 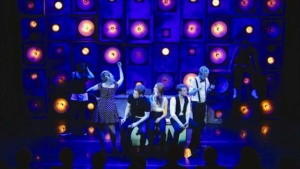 Gobsmacked! is now playing at the Broadway Playhouse Theatre through December 10, 2017 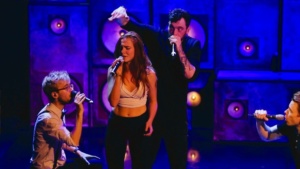 Claudia PerryJune 13, 2022
Read More
Scroll for more
Tap
Paper Mill’s Annie: A Big Basic Showy of Broadway Show Revival in Jersey
We Have Yet To Have Crossed That River