God Shows Up The Hypocrisy of TV Religious Pastors 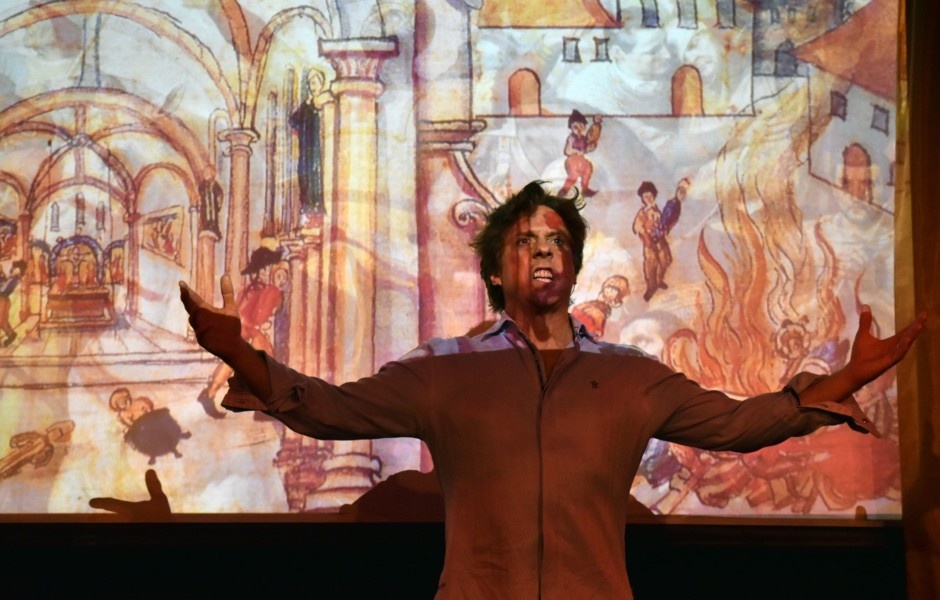 God Shows Up The Hypocrisy of TV Religious Pastors

“Walmart can save you money, but here’s where you get saved.”

If you have ever seen the hypocritical, over the top, Televangelists asking for money, every two seconds, so your soul won’t be damned and find it over the top theatre, Peter Filichia’s new play God Shows Up is for you. This hysterically amusing look finds Dr. Thomas Isaac Rehan (Christopher Sutton), a Joel Osteen clone waiting for God to show up. Like Osteen, Jim Baker and all those in-between Rehan, bilks money out of his watchers with merchandise such as The “Christian Baby on Board” sign, “Catch up with Jesus Ketchup”, “Jesus Loves You” flip flops and more. To get these items just call To order dial 877 DEVOTED.

Dr. Rehan has even sold tickets to the event with God stating “Look, I didn’t want to say this on the air and offend viewers, but I set up seats here in my office for you people who have proven time and time again to be the holiest and most generous of all. That’sclear from the many, many, manydollars you contributedto get in here. I know that you’re the ones that God most wants to see.”

Dr. Rehan broadcasts out a St. Louis studio next to his church which is a stadium, that boasts individual wine cellars and swimming pools. Anyone is welcome and the church is called The Interfaith Church for You. Here Muslims, Jews, Christians and other religion are welcome. This is ironic because when God (Lou Liberatore) does show up he states “Frankly, I even thought about not coming here. Did you know that there are countries where people are put to death for not believing in God? Afghanistan, Iran, Malaysia, Maldives, Mauritania, Nigeria, Pakistan, Qatar, Saudi Arabia, Somalia, Sudan, United Arab Emirates, and Yemen.” In other words Muslim countries.

God points out Dr Rehan’s flaws, as he appear in jeans, work boots and a thermal shirt. Despite God’s subtle comments Rehan tries to inject blame and the need for repentance, but God doesn’t see it like that. To him mankind is not innately evil or hopeless.

Then the tables turn and “Male and female he created” didn’t mean “two distinctly different people, but two parts of the same person. You’ve seen me male; now see me female. That’s your God!” and just like that God is a women (Maggie Bofill, who earlier played a sick worker at the station)

Christopher Sutton makes the perfect televangelist and you can not help but see the resemblance to the latest TV screen con men. Lou Liberatore makes the perfect God who is both loving and vengeful. Maggie Bofill as the station’s technician, Roberta and God manages to make two distant characters, that warrant watching.

Director Christopher Scott keep things moving and has created a fabulous before and after musical score that is well done.

Josh Iacovelli’s set is enhanced by the wonderful projections by Andy Evan Cohen, who is also on sound. Joan Racho-Jansen’s lights create the perfect mood.

Peter Filichia’s satirical look at televangelism and God’s anger at hypocrisy is well written. Both my guest and I laughed out loud and really enjoyed this witty look at life and religion. 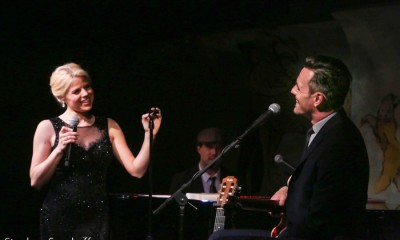 Suzanna BowlingFebruary 19, 2021
Read More
Scroll for more
Tap
Is My Very Own British Invasion Headed To Broadway?
Between the Threads: Womanhood and Identity