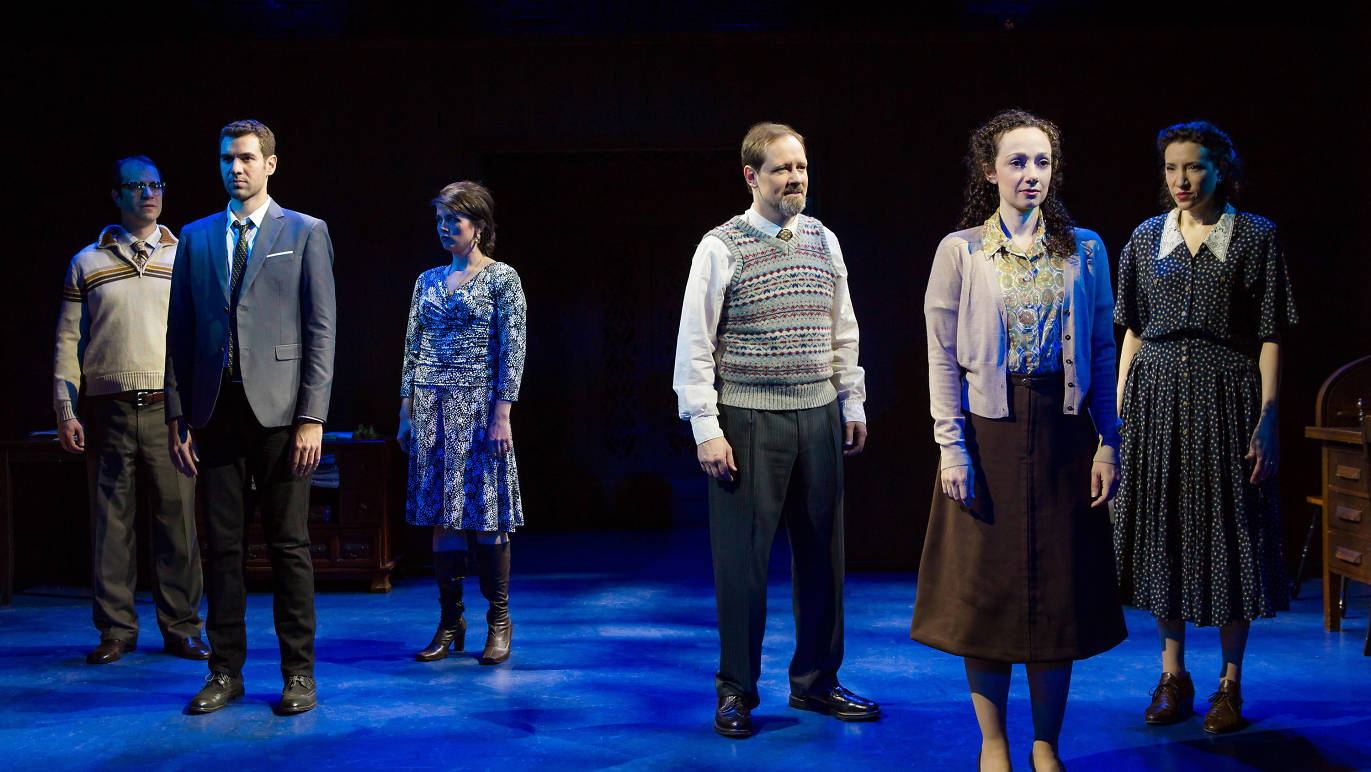 Goldstein A New Musical About Family Misses The Mark

Goldstein A New Musical About Family Misses The Mark 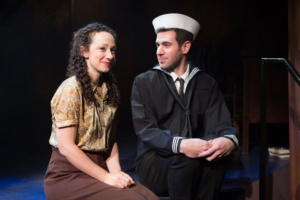 The new musical Goldstein, now playing at the Actors Temple Theatre, tells the story of an immigrant Jewish family through the eyes of novelist Louis (Zal Owen). Louis has written a novel called Goldstein, which has recently won the Pulitzer and has been named as a “Oprah’s Pick.” The book unearths his family secrets, despite the fact that this will hurt his aunt Sherri (Megan McGinnis), who has dementia, but can still read and comprehend. 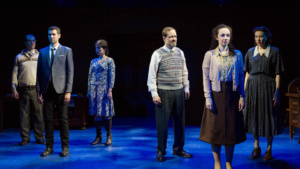 Spanning three generations we first meet his grandmother Zelda (Amie Bermowitz), in 1918 while crossing over the ocean. She falls in love with an Italian young man. These two beloved’s who are headed to different states, swear to reconnect and marry. When the young man never reconnects, Zelda marries Louie (Jim Stanek) to get out of her circumstances. it is this story-line that holds the secret. Zelda and Louis have two children; Sherri and Nathan (Aaron Galligan-Stierle) who goes off to the Navy. Sherri wants to become a doctor, the dreams her parents have for Nathan. When she gets a full scholarship, she goes to her mother for help and is told that is not her role as a girl. “If you spent even half as much time trying to find a husband as you do with those books you would be out of the house by now,” states Sherri’s father.  Sherri obedient gives up on her dreams and falls in love. Her boyfriend is killed in the war under Nathan’s command. Nathan comes back and despite the fact that he did not have the aptitude to become a doctor, becomes a psychologist. He marries Eleanor (Sarah Beth Pfeifer), who does not get along with his mother. They have Louis who turns out to be gay and Miriam (Julie Benko). When Louis comes out to his parents, they can not accept his romantic choices and they become estranged. As relatives pass away only Sherri, Nathan and Miriam are left to sort out all the pieces, which tie up in a neat and tidy bow. 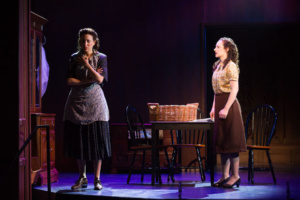 The cast has some wonderful performers, who are not given enough substantial material to stand-out.

Brad Rouse’s staging does not take in the theatergoer. Everything seems like it stops, then starts back up again.  Alexander Woodward’s set and Andrew F. Griffin’s lighting, transform this church into the past.

The book by Charlie Schulman is mundane, cliche and implausible at times. I just can not see how Goldstein could have ever won the Pulitzer. There just isn’t enough there. The score by Michael Roberts has some decent catchy songs such as “Boys”, “Visiting Your Mother” and “Have You Meet My Parent’s”, but the lyrics don’t always seem to gel and there are way too many ballads.

Goldstein despite all this will have an audience.