Gone But Not Forgotten Theatres and Theatre Companies Part 1 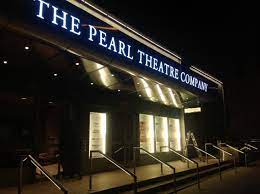 Gone But Not Forgotten Theatres and Theatre Companies Part 1

From my memoir, 200 Times a Year; My Life In, At and Around the Theatre

At the end of the 2016-2017 season, the sad news came that the Pearl Theatre Co., a long-time Off Broadway stalwart, was folding, a victim primarily of the skyrocketing rents plaguing anyone who tries to do business in New York City. Founded in 1984 by Shepard Sobel and his actress wife Joanne Camp, the Pearl specialized in solid productions of classic plays with minimal directorial intrusion, which made the Pearl seem increasingly quaint in these Ivo van Hove and Sam Gold times, which are more about the director’s take on a play than the play itself.

For most of its time with us, the Pearl was in residence at Theatre 80, a shabby but cozy theatre in St. Mark’s Place. When they lost that space in 2007, then moved uptown to Stage II at the City Center, and then to the theatre in W. 42nd St. built by Signature Theatre, vacated by them when they built the spectacular Signature Center a block east in W. 42nd St.

What was unique about the Pearl is that they employed a company of actors. There have been other companies who had acting companies, such as Atlantic, Circle Rep, the Jean Cocteau and Irish Rep, but mostly these were basically pools from which casts could be drawn. The Pearl had an actual acting company, and if one went there a lot over the years, as I did, these actors began to seem like old friends — fine actors such as Sean McCall, Dan Daily, Chris Mixon, Carol Schultz, Jolly Abraham and Bradford Cover. McCall, a short guy with a beautiful baritone voice, played most of the young men. Dan Daily, a stocky fellow with a tenor voice, played most of the old guys and Carol Schultz was the older women. Daily was particularly good in plays by Shaw and he put me in mind more than once of the late, great Philip Bosco, also outstanding in Shaw. He was superb as Tarleton in Misalliance but equally good as William the waiter in You Never Can Tell, and he stole the show as the Fire Chief in Ionesco’s The Bald Soprano. He was also a memorable Falstaff in HenryY IV, Pt. 1.

The only misfire I ever saw at the Pearl was a dreadful production of Major Barbara, wherein the director, David Staller, rearranged Shaw’s text, used double casting which made no sense and staged the play on a terrible black unit set, which killed the comedy. One of their best productions was of O’Neill’s A Moon For The Misbegotten, directed by then Artistic Director JT Sullivan, which was as good or better than the other productions of the play I have seen, with the exception of the Jose Quintero production at the late lamented Morosco Theatre in 1973, which starred Jason Roberts, Colleen Dewhurst and Ed Flanders, which I saw on Opening Night and which established the reputation of a play which had been consigned to the dustbin of theatre history.

New York City is new play crazy – which is great — but I shall miss the Pearl’s dedication to old plays.

The demise of the Pearl got me thinking about the other theatre companies which I used to attend regularly which are now gone, such as Circle Rep, the WPA, the Hudson Guild, the American Place Theatre, Jewish Rep, American Jewish Theatre and Circle in the Square, as well as of the Broadway and Off Broadway theatres which we have lost, such as the aforementioned Morosco, the Helen Hayes in W. 46th St., and Off Broadway theatres such as the Variety Arts, the Promenade and the Century Center.