Gone But Not Forgotten Theatres and Theatre Companies Part 4 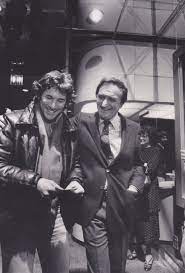 Gone But Not Forgotten Theatres and Theatre Companies Part 4

In part one we discussed The Pearl  Co., then WPA and Circle Rep. In part three The Hudson Guild Theatre and Circle in the Square.

The American Place Theatre was founded by Wynn Handman and The Rev. Sidney Lanier at St. Clement’s Church (Lanier was the Rector of St. Clement’s) in W. 46th St. in the mid-1960s and was, for a time, quite a cutting-edge company. This was before there was much off and off-off Broadway, so theatregoers in search of an alternative to Broadway had a place to go. Handman did poetic dramas, such as Robert Lowell’s The Old Glory and William Alfred’s Hogan’s Goat, which featured a standout newcomer named Faye Dunaway, soon to be lost to Hollywood, and Sam Shepard’s monologue play Killer’s Head, featuring another newcomer whose name was Richard Gere.

In the early 1970’s New York City started offering tax breaks to developers who included a theatre in their new skyscrapers – for tax purposes, they were granted ten free stories – which resulted in the Minskoff Theatre (in the Minskoff Building on the site of the old Hotel Astor), the Uris (now the Gershwin), Circle in the Square Uptown and an off Broadway theatre in the new J.P. Stevens building in W. 46th St. just off Avenue of the Americas. Handman moved his theatre into this new space, which was to lead to the American Place’s downfall. Plays which seemed oh-so cutting-edge in Hell’s Kitchen had trouble appealing to the Broadway critics, let alone attracting audiences to a theatre just off Times Square. The critics were often harsh in their assessments of their productions, I think because they expected a more mainstream experience in the Broadway theatre district. Walter Kerr (admittedly, a rather conservative critic) once referred to the American Place as “that continuing disaster area.” It got harder and harder for Handman to keep the theatre going, and eventually he downsized to a basement space way below street level (which is now known as the Roundabout Underground), finally folding altogether.

One of the most important and long-term legacies of the American Place, though, is the Women’s Project, founded by Handman’s Literary Manager, Julia Miles, with the support of the Ford Foundation, to do new plays by women, directed by women, at a time when both were exceedingly rare. She struck gold with her first production, a revue concocted by Julianne Boyd and Joan Micklin Silver, which opened in the basement space of the American Place and moved to the Village Gate (alas, another lost theatre) in Bleecker Street, where it ran about a year. This was A … My Name Is Alice, a wonderful revue of songs and sketches about contemporary womanhood written by several prominent playwrights and composers, which Julia invited me to and which I got my boss at Samuel French to acquire, which went on to many productions across the country, as well as two sequels. Eventually, Ms. Miles began producing in the original Theatre Row theatres, before moving into Theatre Four in W. 55th St., subsequently the Julia Miles Theatre, where the Women’s Project was ensconced for several years before having to vacate the premises because the theatre was just too decrepit. A few years ago, the Women’s Project rebranded as the WP Theatre. Although it’s peripatetic again, it continues to be an important off Broadway theatre company.