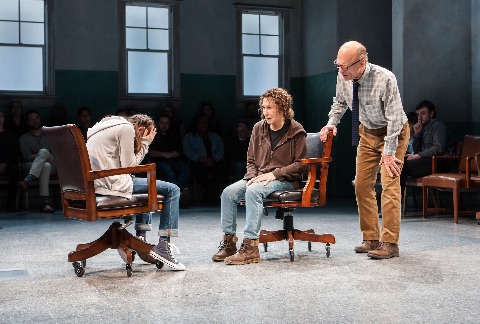 Good for Otto or Only the Hamster Has it Good

Good for Otto or Only the Hamster Has it Good 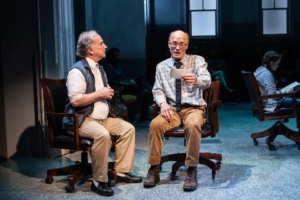 The New Group’s production of David Rabe’s Good for Otto has some wonderful performances entangled in a play that seems sad, melancholy, wistful, and lost. I am still not sure what this play was trying to say. Is it that therapists don’t always help patients the way they want? Is it the voices of those you’ve come in contact with never leave you? Is it an analogy for the way the world is today? Otto is a hamster, so does the title mean only the hamster has it good? I haven’t a clue. I do know I wanted to sob when the play was over. Good for Otto touched me, but I haven’t a clue as to why. 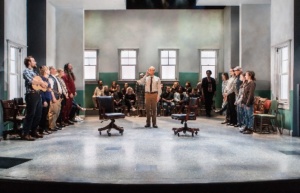 The play takes place in the Northwood mental health center, in rural Massachusetts. We know this because like Our Town Dr. Michaels (Ed Harris) tells us. We are introduced to his mother (Charlotte Hope) who committed suicide when he was nine. She asphyxiated herself with a plastic bag attached to his chemistry set and it still haunts him to this day. As he deals with his patients on a day to day basis, he also has those trapped within his head such as Jerome (Kenny Mellman), a hoarder who still lives with his mother (Laura Esterman). In the same complex are Evangeline Ryder (Amy Madigan) and Denise (Lily Gladstone), Michaels’ receptionist, who is constantly trying to get the insurance company manager Marcy (Nancy Giles) on the phone. Like most insurance companies, she double talks and the bottom line is not for the patient. 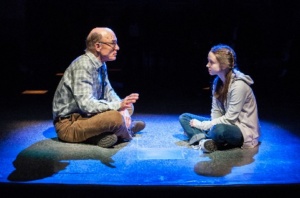 Dr. Michaels has a soft spot for 12-year-old Frannie (Rileigh McDonald), whose parents have sexually abused her, among other things. She self-harms to calm the raging storm inside her, which is driving Nora (Rhea Perlman) crazy, who wants to adopt the troubled girl to the point of desperation due to a lack of sleep. 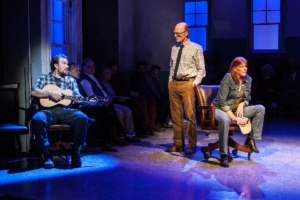 Jane (Kate Buddeke) cannot forgive herself for her 34-year-old son, Jimmy’s (Michael Rabe, the playwright’s son), suicide. Jimmy also haunts the stage, stating he wasn’t feeling suicidal until his shotgun spoke to him from the corner of the room. 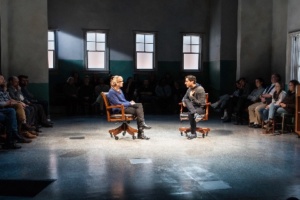 When Alex (Maulik Pancholy) comes to Dr. Michaels, he is so anxiety-ridden he switches to Evangeline. This gay man learns to accept himself outwardly but cannot connect with others, so he makes up a relationship. He then goes off the deep end, threatening Evangeline. Also seeing Evangeline is Barnard (F. Murray Abraham), an intelligent and witty 77-year-old man in a state of depression. Evangeline’s most successful patient is Timothy (Mark Linn-Baker), a middle-aged man bordering on autism, who has no social skills. He is in love with his pet hamster, Otto. 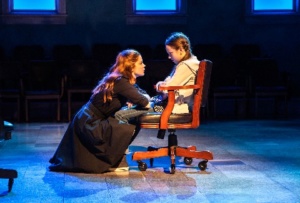 For some reason, in a dream state, Dr. Michaels has his patients singing songs like Glow Worm or Let Me Call You Sweetheart. It is the calming of Dr. Michael’s mind. 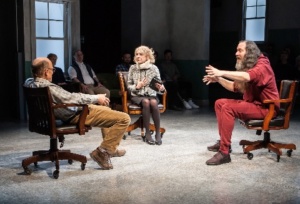 Scott Elliott has directed this piece at Pershing Square Signature Center so that the actors sit onstage next to audience members. It seems as if we are all in group therapy. In the end, even Evangeline seems to break apart. Is it that therapy doesn’t work and that we are all broken to the point of no repair? 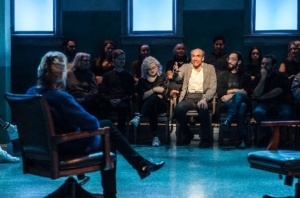 Harris, Madigan, F. Murray Abraham, Mark Linn-Baker, Rhea Perlman, Maulik Pancholy, Michael Rabe, Charlotte Hope and especially Rileigh McDonald all touch us, but we are not with them long enough to truly connect. If we could understand the why’s of these snippets, or just concentrate on one or two, this play might have more of an impact. 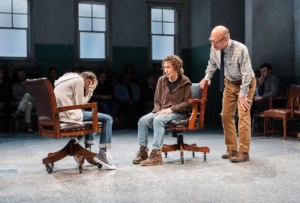