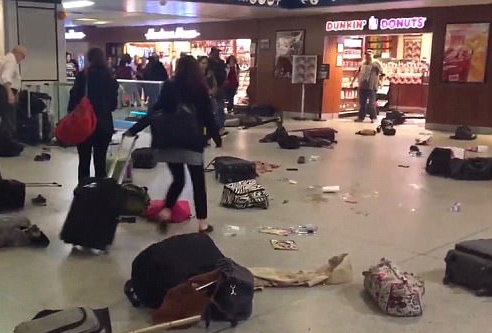 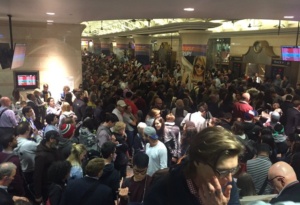 It all started when a  New Jersey Transit train lost power in the Northeast Corridor tunnel around 3 p.m. late Friday afternoon. Amtrak was already experiencing overhead power problems. For three hours, approximately 1,200 passengers were trapped on board. No lights, no water, no communication. Tensions were already high. One passenger Johnny Martinez stated, “As the time went by, the first hour, people started to get hysterical. Somebody tried to jump off the train. He actually broke the window trying to get out.”Carlos Barrezueta said; “There was no rescue protocol, they had no idea what they were doing. They were changing the instructions. They were saying things inside, like the train blew up.” 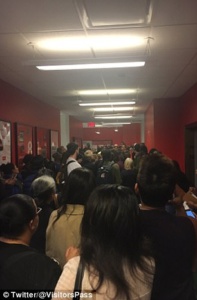 By the time the train finally reached New York’s Penn Station in the early evening, emotions were high. The station was packed and the combination of events lead to a chaotic scene that  escalated when a passenger from the disabled train sparked a stampede among passengers. The stampede started when an Amtrak police officer used a Taser on the disruptive person and reports of gunshots were fired. People screamed and ran, leaving the station strewn with abandoned bags. Terrified travelers ran in fear for their lives, leaving behind luggage, clothing and even shoes. The nearby Macy’s department store was briefly locked down. 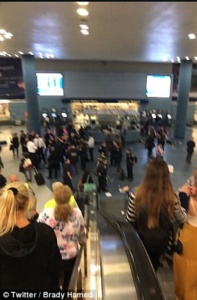 Sixteen people were injured in the chaos, the FDNY said in a tweet. 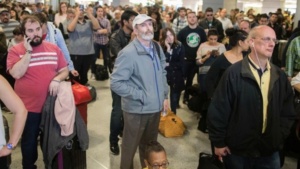 “It sounded like gunshots, and then everybody ran down the stairs.”“We came down the back and they told us to come up and leave.”“I just heard everybody running and screaming. I panicked.” These are all quotes by terrified New Yorkers who experianced the disturbing scene. 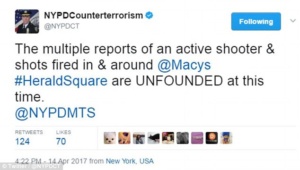 Six people from the disabled train were treated for non-life-threatening injuries, the FDNY said.