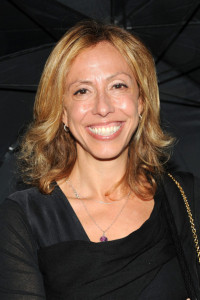 Prospect Theater Company, under the leadership of Cara Reichel, Producing Artistic Director and Melissa Huber, Managing Director, in partnership with The Good to Go Festival, continues its 2015/16 IGNITE Series at The TimesCenter (242 W 41st Street), with the Good to Go Songwriter’s Showcase, a concert celebrating new works-in-process created or co-created by women writers from around the country. 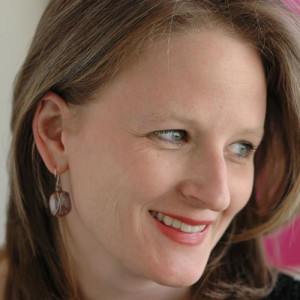 The concert will take place on Friday, March 4 at 8pm, and will be hosted by Amanda Green (Hands On A Hardbody, High Fidelity, Bring It On) whose new show An American Boy (with Richard Thomas) will also be featured on the bill.  Additional featured writers and writing teams include: Beth Blatt & Jenny Giering (The Mistress Cycle); Michele Brourman, Jeannine Dominy & Amanda McBroom (Dangerous Beauty); Kristin Guenther & Joy Sun (Little Miss Fix It); Ty Defoe & Tidtaya Sinutoke (Clouds Are Pillows for The Moon); Zoe Sarnak (A Lasting Impression); Sara Wordsworth, Russ Kaplan & Daniel John Kelley (Minnesota); and a new project from Jill Santoriello (It Happened in Key West), author of Broadway’s A Tale of Two Cities.

This 90-minute concert evening will provide insight into each writer’s creative process on the path to production.
“As we kick off our 2016 IGNITE Series offerings, we’re pleased to present another exciting evening of songs by women writers, and to continue to our commitment to creating opportunities for artists to share new works in process,” says Prospect Theater Producing Artistic Director Cara Reichel
“Our partnership with Prospect Theater Company and their IGNITE Series at the TimesCenter is the perfect way to share new work, and we are thrilled to showcase women writers who have exciting new musical theater projects on the horizon,” says Judy Zocchi, Producing Artistic Director for the Good to Go Festival.
The concert will be directed by Michelle Tattenbaum with music direction by Denise Puricelli.  The Good to Go Festival Producer is Cate Cammarata.  Casting will be announced shortly.
The Good to Go Festival is a platform that features plays, musicals and songs written by women that are “good to go” and ready for full production.  Launched in 2015 with the Good to Go Summit, a day of panel discussions on the topic of gender parity, the Good to Go Songwriter’s Showcase ushers in the festival’s next phase, actively putting women’s work in front of audiences and industry professionals.
Launched in 2015, Prospect’s IGNITE Series is an ongoing concert initiative at The TimesCenter, featuring today’s new voices shaping tomorrow’s musical theater.  Reflecting Prospect’s dedication to fostering and producing work by emerging artists, IGNITE Series programming will include premieres of original material by award-winning songwriters; cutting-edge creations straight from Prospect’s annual Musical Theater Lab; concert presentations of musicals in development; and more.
Additional Prospect Theater Company IGNITE Series events from June – December 2016 will be announced shortly.
Single tickets are $20, $30 and $40, and may be obtained through online purchase at www.ProspectTheater.org or by calling 212-352-3101. Tickets may also be purchased at the door.
The TimesCenter (www.TheTimesCenter.com) is located at 242 West 41st Street, between 7th and 8th Avenues, in the heart of NYC’s Times Square District. The venue features a 378-seat auditorium with state-of-the-art lighting, sound, and video capability, and a Steinway Concert Grand Piano.
One of America’s leading producers of new musical theater, Prospect Theater Company (founded in 1998) is dedicated to fostering and showcasing today’s new voices shaping tomorrow’s musicals.  Since 2000, the company has fully produced more than 30 premiere musicals in New York City, in addition to new plays and numerous re-inventions of classic works. Reflecting its investment in the future of the field, Prospect leads a variety of developmental initiatives, including an annual Musical Theater Lab for emerging writers, and a Summer Intensive training program for teenagers.  In recognition of its work as a community anchor for emerging artists that strengthens the quality, diversity, and dynamism of American theater, Prospect received a 2013 National Theatre Company Grant from the American Theatre Wing.  Notable productions include: the Drama Desk Award-winning Working (2012), Jasper in Deadland (2014), the Drama-Desk nominated Tamar of the River (2013), Unlock’d (2013), Iron Curtain (2006, 2011), Myths and Hymns (2012), With Glee (2010), The Blue Flower (2008), Golden Boy of the Blue Ridge (2009), The Hidden Sky (2010), Illyria (2002, 2008), and the Drama-Desk nominated The Pursuit of Persephone (2005).
Related ItemsAmanda GreenAmanda McBroomBeth BlattGood to Go Songwriter's ShowcaseJenny GieringMichele BrourmanNewProspect Theater CompanyRichard ThomasSuzanna BowlingTimes Square ChroniclesWomen Songwriters
Cabaret