Goodbye Ben Platt and Others…

Goodbye Ben Platt and Others… 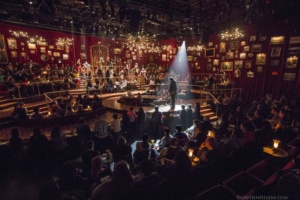 The beautiful set of Natasha, Pierre and the Great Comet of 1812

There has been a lot of goodbyes being announced this week in the Broadway world. The musicals, Bandstand and Groundhog Day, which I both generally liked (click on every and all titles for my reviews), and Natasha, Pierre & the Great Comet of 1812, which I thought was greatly over-rated will close shortly in the early days of September. On Your Feet!, the Broadway musical about the lives of music icon Gloria Estefan and Emilio Estefan, will also end its run at the Marquis Theatre on August 20 after 34 previews and 746 regular performances. That show I must admit I never saw, nor was I all that interested in seeing it.

Interestingly, the Broadway musical Natasha, Pierre and the Great Comet of 1812 will close Sept. 3, following a turbulent couple of weeks. It’s no surprise after the debacle surrounding the recasting of the lead male, and the departure of its main draw, Josh Groban. Okieriete Onaodowan, a former Hamilton cast member and Groban’s replacement in the role of Pierre will finish out his run in the Great Comet Aug. 13. This would have been his earlier than first proposed and totally unsolicited final performance before Patinkin started his run, but all that changed when Patinkin pulled out due to the controversy swirling around his casting. Rightly so, although I must admit even I would have returned to see this musical with Patinkin in the part. Scott Stangland will play Pierre Aug. 15-20, with Malloy, who originated the role of Pierre in the musical’s Off Broadway premiere, stepping into the part for the final run of performances Aug. 22-Sept. 3. Many thought the show, beautifully designed by Tony Award winning Mimi Lien, could hold its own without the star power of Groban. It had a great amount of publicity before and after the Tony Awards, but they miscalculated and found themselves in trouble. It is unclear why a show that never saw an unprofitable week while Grobin was performing would so quickly fall apart, but the casting team mishandled the moment, and it, along with the show, collapsed in upon itself. 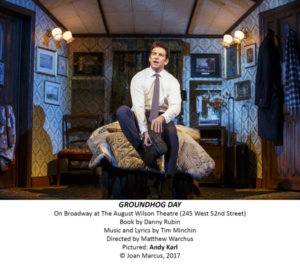 Bandstand and Groundhog Day are both a bit of a surprise. The 2017 Olivier Award-winning musical Groundhog Day will end its Broadway run on Sunday, September 17, after 32 previews and 176 performances at the August Wilson Theatre. Three-time Tony nominee Andy Karl who plays the lead, weatherman Phil, a role he originated at the Old Vic Theatre in London suffered an infamous knee injury just days before opening night, but still managed to go on and get nominated. The handsome Karl who won the 2017 Olivier, Drama Desk, and Outer Critics Circle Awards for Best Actor in a Musical, lost out to Ben Platt  at the Tonys. Karl will be greatly missed on the Broadway stage, not just for his boundless energy and handsome face, but he is a super talented leading man with star charisma.  But I’m sure he will be back. 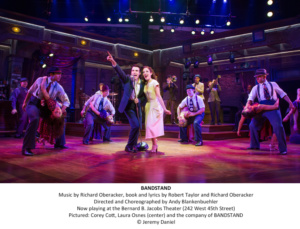 Richard Oberacker and Rob Taylor’s new musical, Bandstand, will end its Broadway run at the Bernard B. Jacobs Theatre on Sunday, September 17, following 24 previews and 166 regular performances. It was also generally liked, although not loved. But if Chazz Palminteri’s  A Bronx Tale could last as long as it has, I thought this show, with the spectacular Tony Award winning choreography of Andy Blankenbuehler (who also directed) could make it at least until January. But I was mistaken, not sad, to be honest, just surprised. 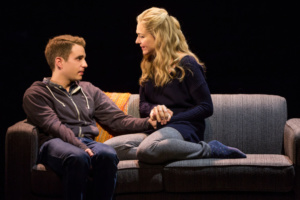 The really sad but expected news of the week came from Dear Evan Hansen. Power house star, Ben Platt announced he would be leaving the show Sunday, November 19th. Along with winning the Tony Award for best male actor in a musical, he received the Obie, Drama League, and Lucille Lortel Awards, as well as nominations for the Drama Desk and Outer Critics Circle Awards. After reading that news story, I sent text messages to a few of my friends insisting that they buy tickets to this hit show before he departs. His performance is truly that good, I told them, and it would be worth the price paid for those few remaining tickets available. And a few did, and I must admit that I felt a sense of relief that they won’t miss him in this emotional show. For those unable, I’m sorry to say that you may have missed an epic performance by a brilliant performer and actor that will be remembered in the history books for some time. It’s a complicated role, for sure, and although I have every faith that they will find another Evan who will rock the Music Box Theatre to its emotional core, his performance will go down in my history books as one of the best (alongside Patti LuPone and Michael Cerveris in Broadway’s Sweeney Todd in 2005).
In a piece that I will publish tomorrow, I will share with you my new YouTube obsession that comes in the human form of Seth Rudetsky. His video deconstructing the song “Waving Through the Window” is truly a mind-blowing and exciting experience. It educated me into seeing that song and Platt’s performance as even more magnificent then I already thought. The enthusiastic attention to the details by Rudetsky and the musical choices of Platt is mesmerizing. (Can’t wait for Rudetsky and LuPone’s Deconstruction show live in late September) Check this out and watch for my post tomorrow:

I also read that co-star and Tony Award winning Rachel Bay Jones, who broke my heart each of the three times I saw the show (Arena Stage, DC in 2015, Second Stage NY in the spring of 2016, and Broadway that same year in the fall) playing Evan’s overwhelmed mother is probably also going to sign off soon. She has been cast in a new Hulu series, “Crash and Burn” alongside Denis O’Hare starting production this coming winter, so it appears we will be getting a new Hansen family. I don’t know this for a fact as nothing has been announced yet, but she has been with the production for years, and is probably ready for a change. Regardless, I’m devastated that I won’t see them one more time as mother and son. (My guest and visitor from England and I will be trying to win the online lottery September 1st, so cross your fingers for us, I would love to see this show one more time…) Maybe, just like I was pleasantly surprised with each actor who played the complicated role of Christopher in Curious Incident of the Dog in the Night-time, something amazing will come out of the new casting. With a Tony-winning score by Benj Pasek and Justin Paul, and a Tony Award-winning book by Steven Levenson, Dear Evan Hansen, should be a strong enough show to survive. The production did win a total of six Tony Awards, including Best Musical, Best Score, and Best Book. Unlike the Not So Great Great Comet.
Check out this YouTube video of goddess, Rachel Bay Jones: https://youtu.be/8a6ypwGpsY8
So for more, go to frontmezzjunkies.com
Related Items#SethRudetskyBen Plattbroadway closingsBroadway musicalDear Evan HansenNewRachel Bay JonesRoss
Broadway