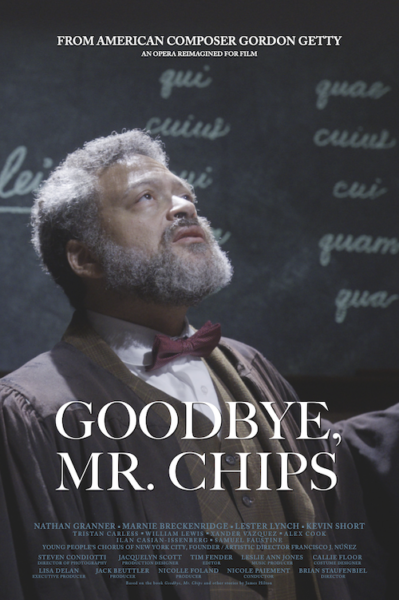 Suzanna Bowling
A new opera by Gordon Getty, Goodbye, Mr. Chips, will receive its New York premiere—as an opera reimagined for film—on Wednesday, March 2, 2022, at 7 p.m. The public screening, co-presented by New York City Opera (NYCO) and Festival Napa Valley, will take place at the Walter Reade Theater, Lincoln Center, 165 W. 65th Street, New York, NY 10023.
Getty’s fourth opera is based on the popular 1934 novella Goodbye, Mr. Chips and other stories by James Hilton. The film, directed by Brian Staufenbiel, was given its world premiere screening on November 14, 2021, in California, presented by Festival Napa Valley in partnership with the Mill Valley Film Festival.