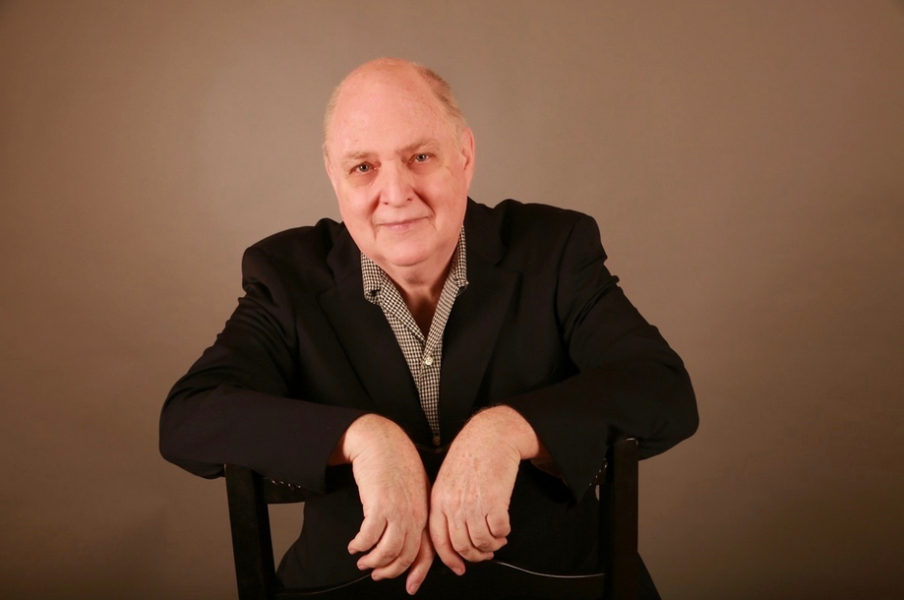 Billy Vera has already accomplished a lifetime of artistic awards. He has a Hollywood Walk of Fame star and wrote and recorded the #1 1987 hit, “At This Moment.” The singer, songwriter, actor, and music historian in 2013 won a Grammy for his notes for the Ray Charles box set, Singular Genius: The Complete ABC Singles. His other books include Rip It Up: The Specialty Records Story and his memoir Harlem to Hollywood. His incredible accolades go on and now include the gift of fiction writing.

Vera has just completed his first novel, A Dollop of Toothpaste, which will be released on October 19th. “Having written three non-fiction books, the thought of delving into the world of fiction never entered my mind, until waking up one morning with the entire opening sequence laid out before me, as if out of a dream.” And for the next year, the words and sequences just kept coming.

Even Vera has difficulty categorizing his novel, saying it’s part comic-fantasy and political satire embedded in a Mafia tale storyline. Weaving a bit of fiction into one of the most horrific historical events ever on American soil, A Dollop of Toothpaste opens with the nuclear destruction of Los Angeles on the twentieth anniversary of 9/11. Vera’s realistic depiction of an event that could quite possibly occur one day grabs the reader’s attention from the very first line and takes them on a suspenseful journey into a genuinely original dystopian adventure.

While writing a fiction novel was never on Vera’s radar, he says he gained some inspiration from authors Michael Connelly and Nick Tosches. A stickler for detail, Vera says he took great care in creating authentic and memorable locations by developing them with meticulously accurate details. Vera’s goal was to provide as much authenticity to the surroundings as possible so readers could immerse themselves in the possibility that his fiction could be reality.

As for his characters, Vera painstakingly crafted every aspect of their lives, from the cadence of their speech to the food they ate. Vera was diligent in creating authentic people with fears, secrets, flaws, and redeeming qualities, the same as actual human beings.  And Vera had another purpose when developing his characters. He explains, “Today’s readers, so often isolated from people who are not like themselves, will see into the lives of the kinds of people they are unlikely to otherwise meet, much less get to know.”

One such character is young Paulette, born into a wealthy French banking dynasty and raised in Old Greenwich, Connecticut, one of the most affluent communities in the United States. A Dollop of Toothpaste captures life as seen through her eyes as she experiences a vast and sometimes terrifying world outside her normal. In developing Paulette — and all of his characters — Vera was mindful of sparing no details.  He presents Paulette and the others without judgment. This tactic allows the characters to speak for themselves, giving readers full authority to create their own opinions about each character’s humanity.

The very nature of this book lends itself to translation on the big screen. With a poignant central event, a suspenseful storyline, a sultry romance, and a very realistic glimpse into the not so distant future, A Dollop of Toothpaste hits all the big screen checkboxes. However, Vera says he never really thought of the possibility, but he’s not against it either.

Vera says the release of this book will be quite different than his others due to COVID-19. While he would love to have some book signings, none are scheduled at this time. But Vera is banking on the book’s tragically familiar horror of 9/11 and the always looming threat of nuclear destruction to create intrigue. From there, the other fundamental bones of the book can speak for themselves.

What’s next for Vera? His attachment to his characters in A Dollop of Toothpaste seems to be a long-standing relationship. Even though his first fiction novel has ended, like all visionary writers, Vera left some space for his characters to live on. For Vera, the sequences just keep coming, so he’s done what writers do —  he’s started a sequel.

90 Days to Husband No.2! Gets Published.

G. H. HARDINGOctober 27, 2020
Read More
Scroll for more
Tap
What To Watch October 17th To Take Away The Blues
The Glorious Corner