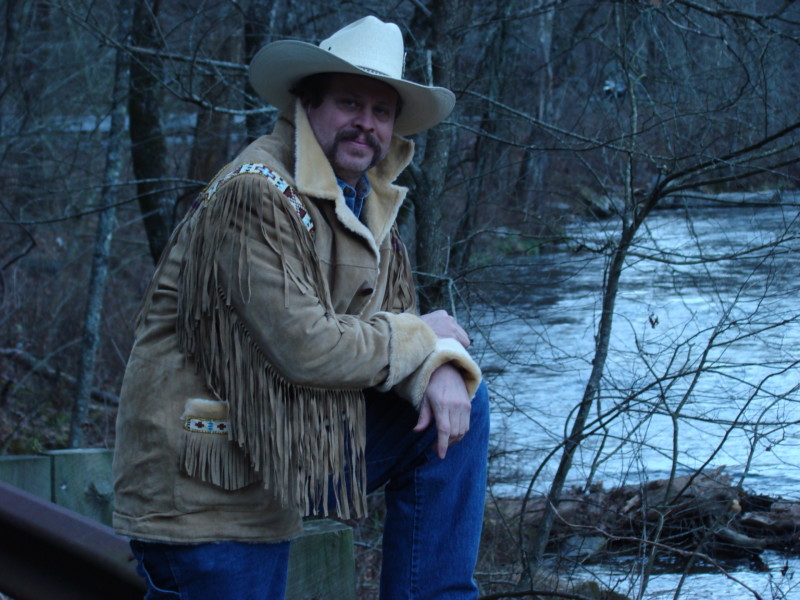 A good story … a good read… around a campfire no less. Mystery, intrigue, compelling characters and a sensitive and an authentic rendering of American Indian culture awaits the reader.

Join Jacob, Catharine, Arthur, Michael, Grandpa, White Eagle and host of others, as they attempt to unravel a mystery of unparalleled consequences.

Hanes also includes an original song (words and music), “You Reached The Unreachable,” in the text of the book.

Says Hanes, “This is a story I was told when I was fourteen or fifteen years old and it is based on a true story about a cave at the top of a mountain along the Red River.”

“Three men went into a cave that overlooked the Red River around 1923. As they were searching through the cave, they found a pit with a log lying across it about two feet across descending down into the pit. They lowered one of the men into the pit to approximately thirty or forty feet where he landed on a ledge. As he shined his light into the opening of the cave, he became excited; he saw Spanish helmets, breastplates, muskets, bows, and arrows. There were also spears, trunks with clothing, gold, and silver. He looked down and noticed a mask mostly covered with dirt on the cave floor in the opening. He bent over, picked it up and brushed the dust off the mask. When he did, the mask began to glow and voices filled the air around him.”

The characters, Jacob, Catharine, Arthur, Cherry and White Eagle are equally compelling. It’s chock-full of American values with a realistic take on American Indian history. Hanes’ style is magnetic; he makes the reader feel like you’re right there. Also, a song he composed “You Reached the Unreachable” is also included with the music as well.

Amazon readers also found it entrancing, with one stating: “I loved following along in this adventure, it brought me back to my childhood. I am looking forward to more of these books; I would recommend this book to the young, old and adventurous at heart. 5 stars for sure.”

The 64-year-old Hanes started writing this book on post-its, scattered about his home. “All the notes were in order and once I had positioned them all together, the book was born.”

Grandfather’s Journal In Search Of is available now at Amazon –