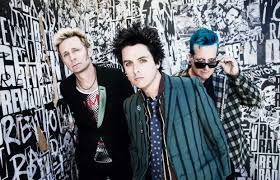 Looking for more concerts? ABC’s Good Morning America concerts are for the most part free and open to the public. They will take place at Rumsey Playfield in Central Park on Fridays from 7 a.m. to 9 a.m. ET.

Green Day kicks off the 17-week concert lineup starting Friday, May 19. The group will perform songs from its latest No. 1 album, “Revolution Radio.”

Same guide lines apply in that attendance is on a first-come first-served basis. It’s suggested fans get there around 5 a.m. The GMA show starts at 9 a.m.

June 9 – The Chainsmokers  will require tickets in advance for entry. Tickets will be available closer to the performance date.

Date TBD – Dierks Bentley. Viewers will also be given an opportunity to win a block party in their hometown featuring a performance by country star Dierks Bentley.