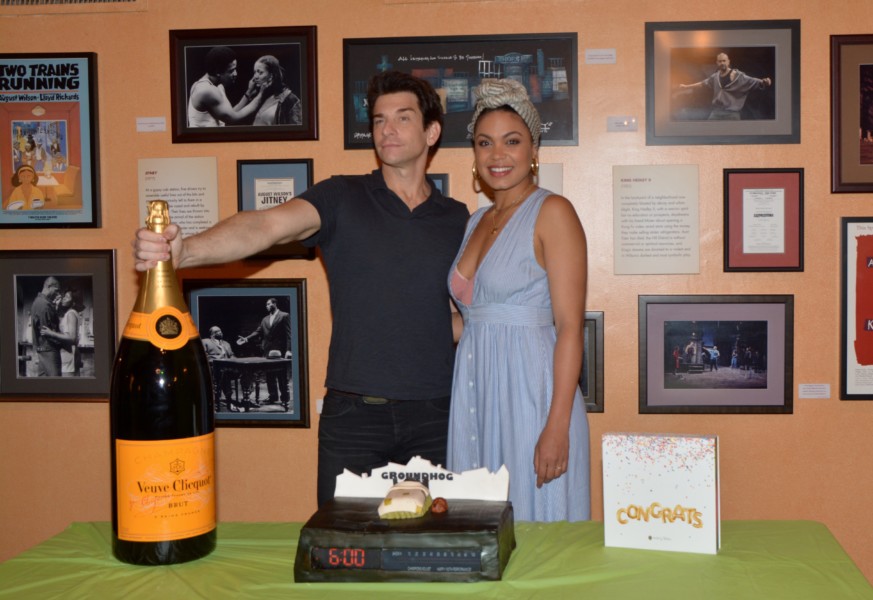 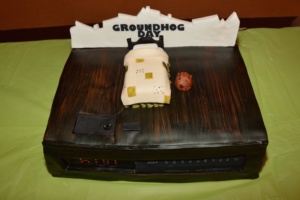 Andy Karl, Barrett Doss, and the cast of Groundhog Day celebrated their 100th Broadway performance with a one-of-a-kind cake creation by Dina Jawets. Groundhog Day, the Olivier Award-winning and Tony nominated musical features music and lyrics by Tim Minchin, book by Danny Rubin, and is directed by Matthew Warchus. 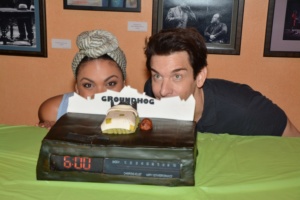 Based on the iconic film, Groundhog Day the show stars Olivier Award winner and two-time Tony Award nominee Andy Karl. Meet Phil Connors (Andy Karl), a disgruntled big-city weatherman mysteriously stuck in small-town America reliving the same day over and over and over again-with no consequences, no regrets, no tomorrows, and no hangovers. But once he starts getting to know associate TV producer Rita Hanson (Barrett Doss), he discovers it’s a day of second, third and fourth chances. 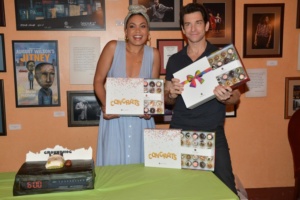 Andy Karl and Barrett Doss with Cupcakes by Melissa 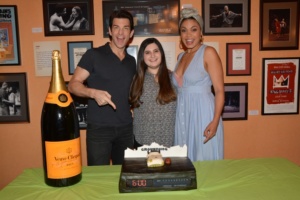 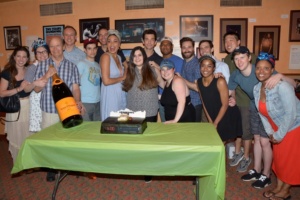 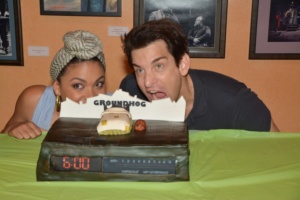 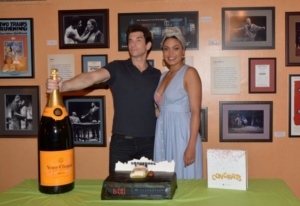