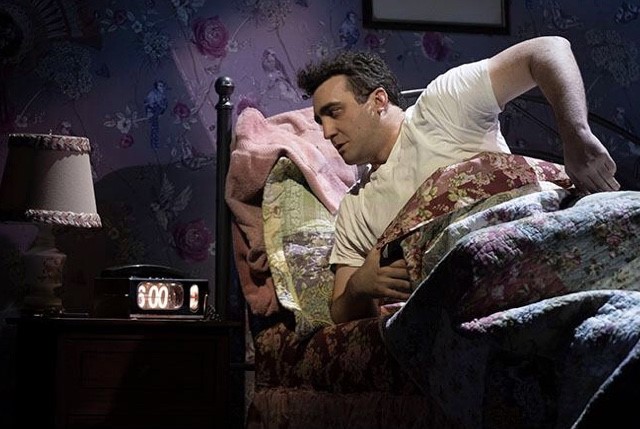 Stephen Best
When it comes to timing, the Paramount Theater has absolutely nailed the opening date of its latest large-scale musical. Groundhog Day the Musical has officially opened the same week as the celebrated holiday. February 2 routinely marks Groundhog Day, a popular North American tradition, when the groundhog emerges from its burrow at the end of its hibernation. It is said if the animal sees its shadow, six weeks more of winter are foretold. Director Harold Ramis cast comedian Bill Murry in a 1993 film of the same name and now that story has been turned into a full-scale musical. After a successful and award-winning debut in London in 2016, the 2017 Broadway run of Groundhog Day the Musical starred Tony Award-nominee, Andy Karl, and was poised to be the big musical hit that season. Seven 2017 Tony nominations, including one for Best Musical, and Groundhog Day the Musical looked a lock to join the lexicon of great new musicals. No one could have predicted this British import would quickly be eclipsed by another couple of new musicals, Come From Away and Dear Evan Hansen. An 18-month national tour was then planned, but the plug was curiously pulled before it was ever mounted. Now Groundhog Day the Musical is making its debut in suburban Aurora. 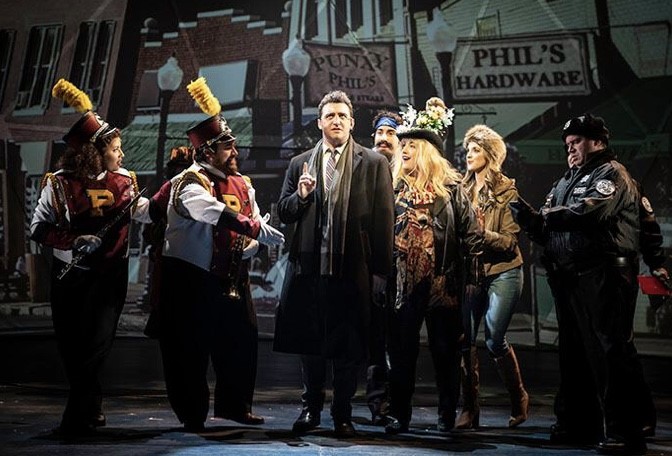 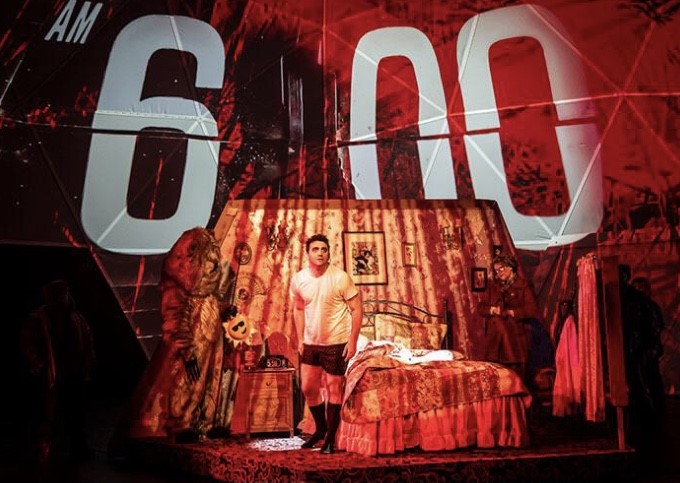 Isolated in a small town, egomaniacal Pittsburgh TV weatherman, Phil Conners (Alex Syiek) is tasked with covering the groundhog’s story for the local news. If I may borrow a line from the Dolly Parton, Lily Tomlin and Jane Fonda film 9 to 5 to describe Conners’ character, he is a “sexist, egotistical, lying, hypocritical bigot.” Blending a science fiction subplot with a little Broadway magic, Conners finds himself stuck in an endless loop, repeating the same day over and over again. The only thing that changes is Conners burgeoning contempt for all the townspeople around him. Television associate producer, Rita Hanson (Phoebe Gonzalez) is treated as little more than an ornament, constantly berated and punished with cheap come-ons and workplace harassment. Clearly there was no HR department in Punxsutawney, Pennsylvania. Cameraman, Larry’s (Ron King) ideas are outright and unceremoniously dismissed. Bed and Breakfast owner, Mrs. Lancaster (the always welcomed, Emily Rohm) is insulted straight to her face. Insurance salesman, Ned Ryerson (Kyle Adams) is literally punched in the face. Pretty Townie, Nancy Taylor (Haley Jane Schafer) reduced to a hotel one night stand, immediately dismissed minutes after their relationship is consummated. This increasingly despondent leading man is really hard to cheer for. 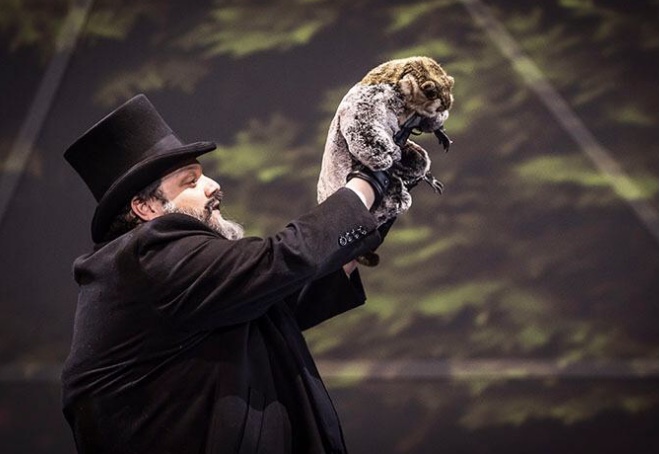 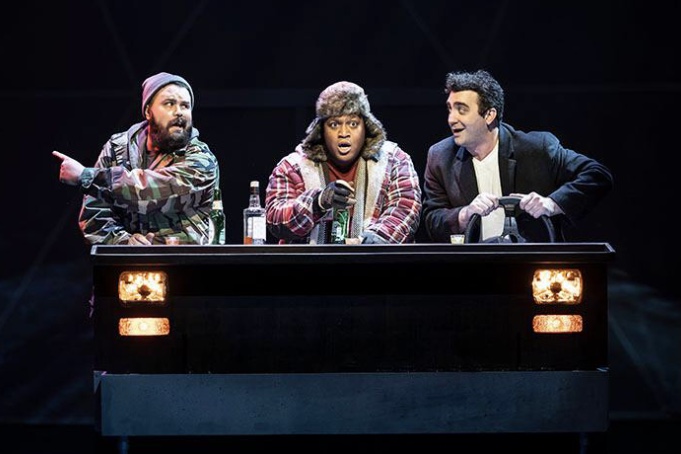 Act two, thankfully, the path to his redemption. Parallel to determining whether groundhog, Punxsutawney Phil, will see his shadow or not and whether winter will ensue for another six weeks or not, is how will this curmudgeon of a weather man vindicate himself after almost 2 hours of insufferable behavior. The answer, rising to the occasion. By improving the lives of the townspeople around him, he finds happiness, contentment, purpose, love and most importantly, himself. 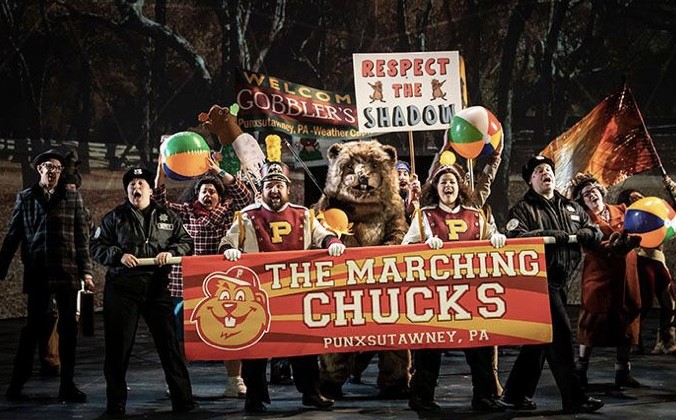 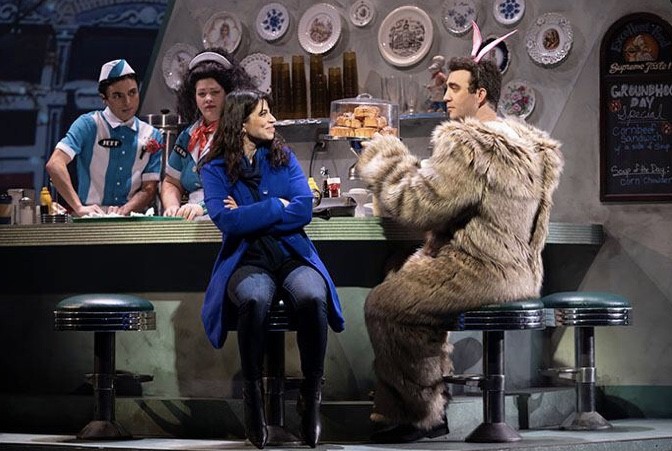 I couldn’t help but wonder if director Jim Corti found himself in a similar spot as the show’s protagonist. Repeatedly postponed because of the pandemic, it was daring of him to bring a team of 29 actors together to mount a new show. I can only imagine how arduous the rehearsal process must have been. What did it take to make this happen? Daily testing? Weeklong isolating for those who tested positive? Social distancing while trying to simultaneously teach choreography to almost three dozen people? This couldn’t have been easy. The plus here is that the staging works. Scenic designer, Courtney O’Neill, crafted a geometric backdrop set that made the entire show appear to be unfolding in a giant, two-story snow globe. Mike Tutaj’s bold projections and Greg Hofmann’s lighting design reinforced this concept to perfection. Adding Megan E. Farley’s infectious, toe-tapping choreography and Jordan Ross’ real world costuming, it looks like everything should add up to a win. 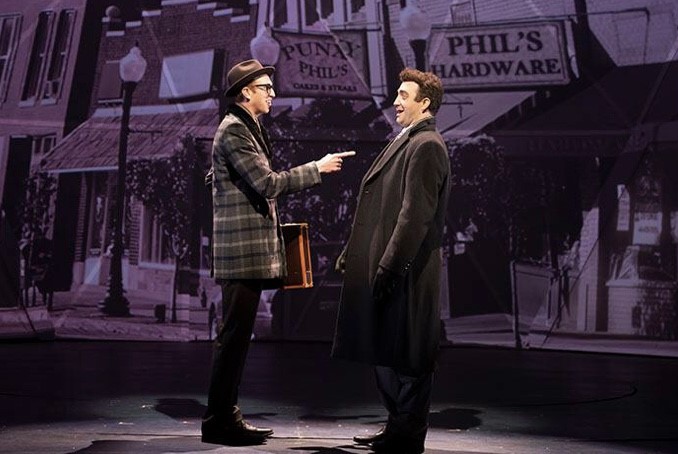 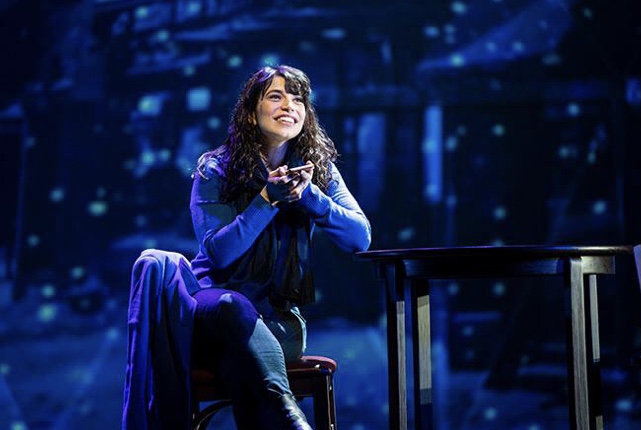 The show’s fatal flaw, and truly unforgivable for a musical, middling lyrics and a largely forgettable score. Music and lyrics by Tim Minchin should be much better than they are. After coming off of the wildly witty and award-winning musical Matilda, these songs are a disappointment. Singing about unwanted “pointless erections” in “Small Town, U.S.A,” “Now piss, piss, piss into this” from “Stuck” and “I think I pooped my dungaree” from “Nobody Cares” these lyrics might as well be written by prepubescent boys as a joke. Not a “Defying Gravity,” “Don’t Cry For Me, Argentina,” “Seasons of Love,” “I Could Have Danced All Night” or “And I Am Telling You I’m Not Going” in sight. Or sound. The real curse of February 2nd here is that there isn’t anything of substance to grab hold of your soul. The cast did what they could with what they have, but you can never pass a hamburger off as filet mignon. 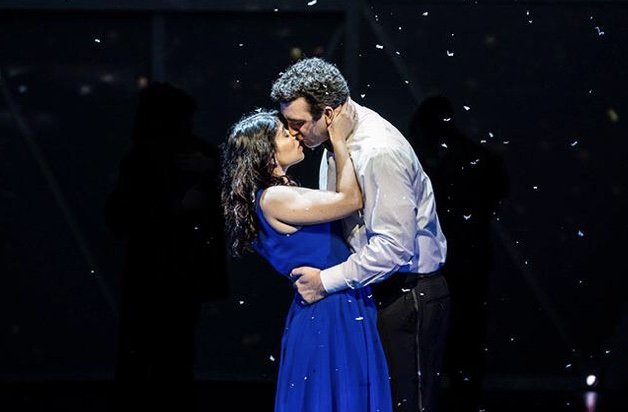 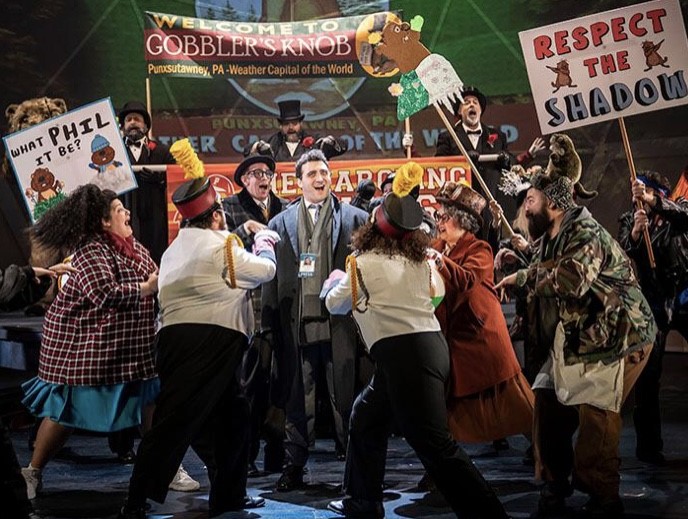 The third show in the four-show season, Groundhog Day the Musical is an ambitious piece to mount. Never reaching the highs of Kinky Boots or the sentimentality of Cinderella, this affable production will satisfy the recurrent season ticket holder and those hungry for a night out. The season concludes with Rock of Ages in April which promises to be “nothing but a good time.” 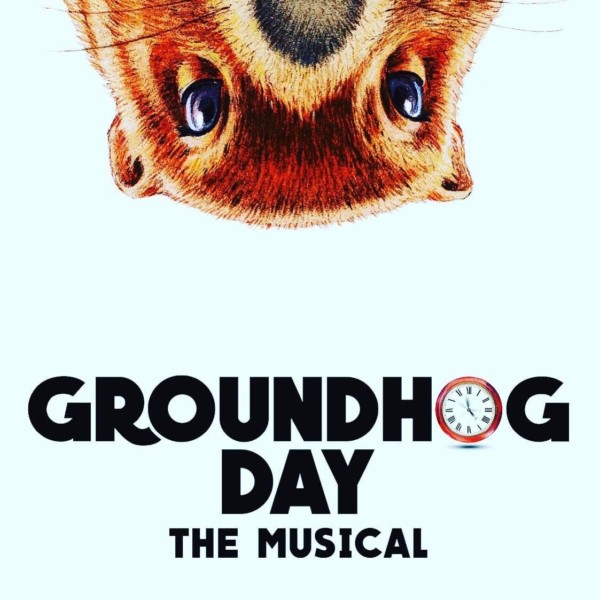