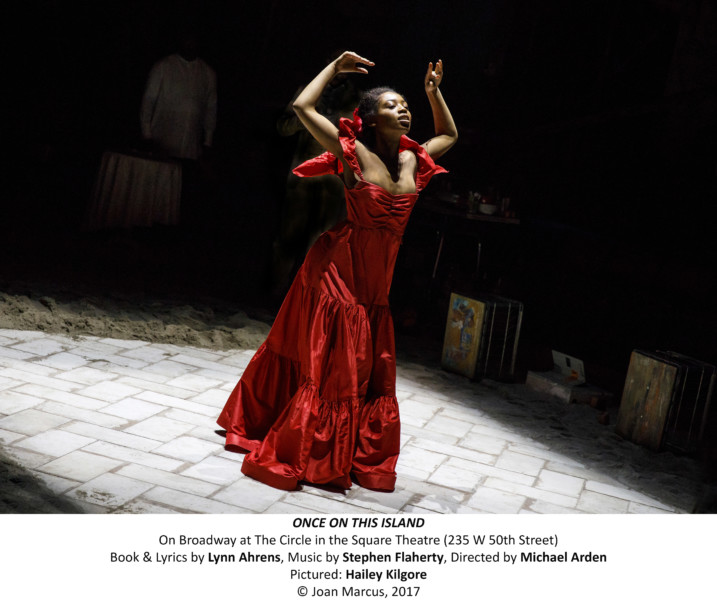 Feinstein’s/54 Below, presents the cast of the 2018 Tony Award -winning Best Musical Revival, Once On This Island, as they celebrate the multi-award winning work of lyricist Lynn Ahrensand composer Stephen Flaherty! Featuring a wide range of Ahrens and Flaherty’s iconic tunes, this evening will celebrate 35 sensational years of collaboration, brought to life by the extraordinary cast of Broadway’s Once On This Island!

Now in their 35th year of collaboration, Tony Award winners Ahrens and Flaherty have created such Broadway and off-Broadway classics as Ragtime, Seussical, Lucky Stiff, My Favorite Year, A Man of No Importance, and the upcoming Little Dancer, which will have its West Coast premiere at Seattle’s 5th Avenue Theatre this coming season. Members of the American Theatre Hall of Fame, Ahrens and Flaherty have received, theatre, film, and music’s highest honors, and they are currently represented on Broadway by both Once On This Islandand the long-running hit, Anastasia.

Once On This Island Sings Ahrens & Flaherty: Feinstein’s/54 Below, 254 West 54th St.  54Below.com/Feinsteins