Hairspray – You Cannot Stop This Beat! 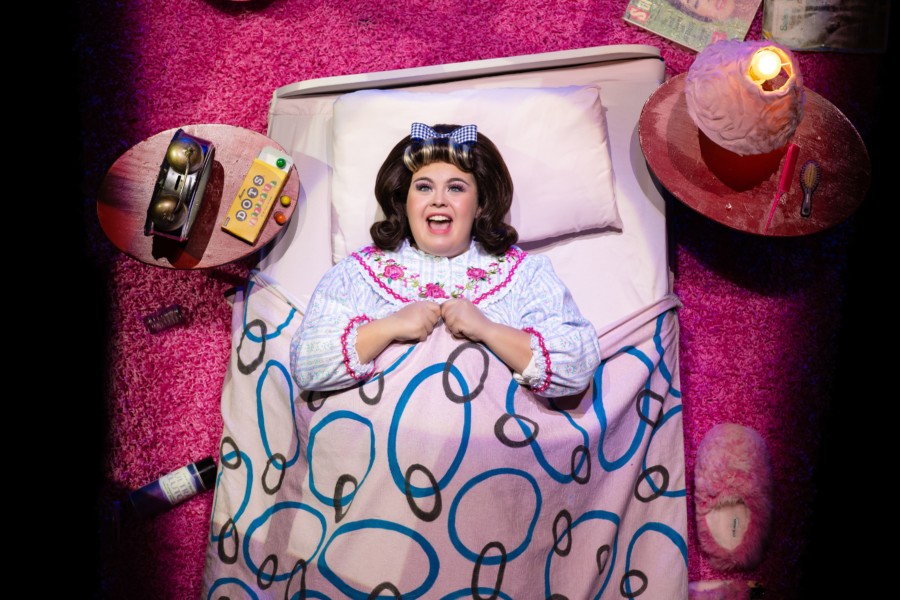 Hairspray – You Cannot Stop This Beat!

Stephen Best
There was some major foot stomping, shoulder shimmying and hip swaying happening downtown last night, despite a major snowstorm that dumped half a foot of snow on Chicagoland. The national non-Equity tour of Hairspray the musical has hit the CIBC Theater. This show is so hot, it will melt all this wintery mess and your heart at the same time. Hairspray originally debuted on Broadway in 2002 and went on to win eight Tony Awards in 2003 including Best Musical, Best performance by a Leading Actress in a Musical for Marissa Jaret Winokur, Best Performance by Leading Actor in a Musical for Harvey Fierstein, Best Costume Design and Best Book of a Musical. After a two-year hibernation due to the Covid-19 pandemic, this tour is the perfect musical coming at just the right time! 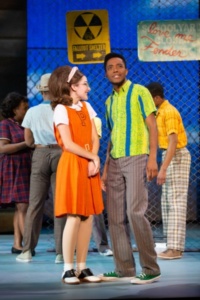 For those who may have missed this on the Great White Way, this is the closest you are going to get to recapture that magic. It was thrilling to again see Jerry Mitchell’s electrifying original choreography onstage, although the tour choreography is credited/recreated to Michele Lynch. The show may not be broadcast in ‘cinemascope” but William Ivey Long’s costumes utilize all the alluring “technicolor” of the rainbow. David Rockwell’s scenic design will please and Paul Huntley and Richard Mawbey’s gravity defying wig design more than lives up to the moniker of the show. The only downside, the short two-week stop and a pre-Valentine’s Day departure, but the tour must roll on. 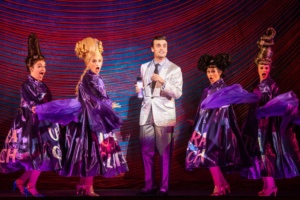 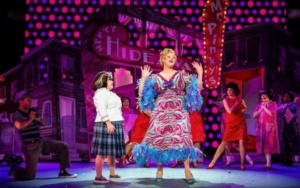 For anyone who may have missed the original 1988 John Walters Film, then the Broadway musical inspired by the film, then the film inspired by the Broadway musical, and finally the live NBC event of Hairspray the Musical, the story here centers around a plucky 16-year-old, Tracy Turnblad (Niki Metcalf, in great voice here) and her quest to both be a dancer on a local American Bandstand type show and, more importantly, to eradicate racism in 1962 Baltimore. Her overprotective mother, laundry worker, Edna Turnblad, (Andrew Levitt, better known as Rupaul’s Drag Race’s Nina West) is worried they won’t put girls over a certain size on television. Due to her towering “hair-don’t” Tracy ends up in detention where a chance meeting with Seaweed J. Stubbs (Brandon G. Stalling) would change her life. A little forgivable cultural appropriation of choreography later and Tracy impresses both host, Corny Collins (a winning Billy Dawson) and teen heartthrob, Link Larkin (Will Savarese) and overnight becomes the most popular dancer on The Corny Collins Show. The fly in the ointment, the selfish mother/daughter duo, Velma (Addison Garner) and Amber Von Tussle (Gwen Stefani look alike Kaelee Albritton) who may be “Just a Girl” but she launches a one-woman campaign to undermine all things, Tracy. The bullying played here straight for laughs. 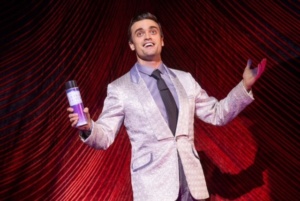 The deeper plotline, facing racism head on. Tracy sets out to make certain The Corny Collins Show, and Baltimore as a whole, becomes integrated. “I want every day to be Negro Day” she proclaims to a mix of cheers and gasps. Set in the 60s, her message of tolerance and acceptance is as equally important today. Motormouth Maybelle (Gabriyel Thomas) may share hosting duties with Corny once a month, but nothing is more dynamite than when The Supremes inspired girl group, The Dynamites (Shante Clarke, Renee Reid, Nichelle Lewis) take center stage during “Welcome to the 60s” a musical ode to progress. Lest I forget to mention Penny Pingleton (Emery Henderson) Tracy’s dorky best friend who enters into an interracial relationship with Maybelle’s son, Seaweed. 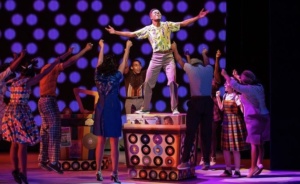 The book by Mark O’Donnell and Thomas Meehan may have a few too many fat jokes that may not have aged well since the original staging, however the smart, toe-tapping, witty, music and lyrics by Mark Shaiman and Scott Wittman more than make up for any narrative shortcomings. Let’s be honest, it is wonderfully refreshing to see the chubby girl win the guy for a change. When this “heavyweight champion takes the prize” I dare anyone to say Hairspray isn’t just the dynamite needed to blow away any winter blues. 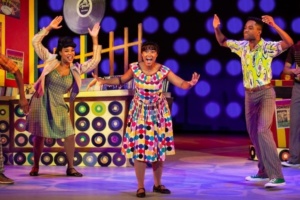 By the end of the opening number, “Good Morning Baltimore” this winning, baby-faced cast of mostly newcomers hits all the right steps, proving this Hairspray still holds solid. Highly recommended, you will shake away all your Covid inspired doldrums with this electrifying show. The only thing contagious here is the fun. Book your tickets today while they still last. This dynamic production rings all the right bells! 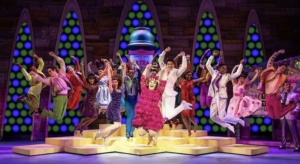 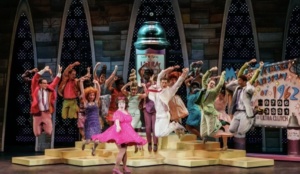