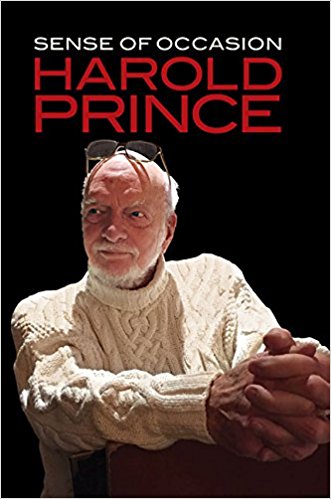 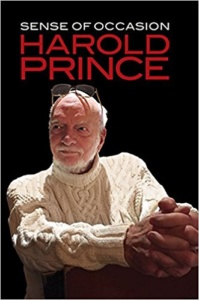 The Drama Book Shop is thrilled to welcome legendary producer and director Harold Prince to celebrate the publication of his new memoir, Sense of Occasion, on Tuesday, September 12th at 4:00pm. Prince will sit down with playwright and Drama Book Shop Events Manager Steven Carl McCasland for a discussion about his remarkable career and candid new autobiography. Copies of the book will be available for purchase, and the discussion will be followed by a signing. Admission is free and open to the public. 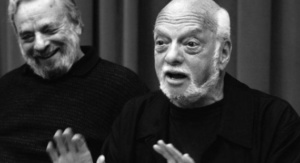 In this fast-moving, candid, conversational, and entertaining memoir, Harold Prince, the most honored director/producer in the history of the American theater looks back over his seventy-year (and counting!) career. In 1974, Prince released his first book, Contradictions: Notes on Twenty-Six Years in the Theatre . Although Contradictions has since attained cult status among producers, directors, and actors alike, Prince, in hindsight, believes he wasn’t ready to publish such a tome at that point in his career (in fact, doing so was an act of “insane arrogance”). Although he doesn’t regret that effort, he is at last prepared to conclude it, to “see where I was right in my assessments and where I was wrong.” In Sense of Occasion , Prince returns to this seminal text, invigorating it with fresh insights cultivated through four decades of additional practice. Sense of Occasion gives an insider’s recollection of the making of such landmark musicals as West Side Story, Fiddler on the Roof, Cabaret, Company, Follies, Sweeney Todd, Evita, and Phantom of the Opera, with Prince’s perceptive comments about his mentor George Abbott and his many celebrated collaborators, including Leonard Bernstein, Charles Strouse, Jerome Robbins, Stephen Sondheim, John Kander, Boris Aronson, Andrew Lloyd Webber, Angela Lansbury, Zero Mostel, Carol Burnett, and Joel Grey. As well as detailing his titanic successes that changed the form and content of the American musical theater, Prince evenhandedly reflects on the shows that didn’t work, most memorably and painfully Merrily We Roll Along. Throughout, he offers insights into the way business is conducted on Broadway, drawing sharp contrasts between past and present. This thoughtful, complete account of one of the most legendary and long-lived careers in theater history, written by the man who lived it, is an essential work of personal and professional recollection. 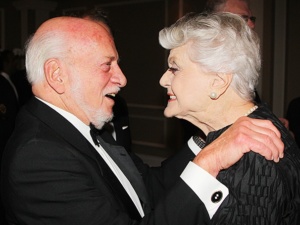 Harold Prince directed the original productions of She Loves Me, It s a Bird . . . It s a Plane . . . It s Superman, Cabaret, Zorba, Company, Follies, A Little Night Music, Pacific Overtures, On the Twentieth Century, Sweeney Todd, Evita, Merrily We Roll Along, The Phantom of the Opera, Kiss of the Spider Woman, Parade, and LoveMusik. He has also directed acclaimed revivals of Candide and Show Boat. Before becoming a director, Mr. Prince produced the original productions of The Pajama Game, Damn Yankees, New Girl in Town, West Side Story, Fiorello!, Tenderloin, Flora the Red Menace, A Funny Thing Happened on the Way to the Forum, and Fiddler on the Roof. Among the plays he has directed are Hollywood Arms, The Visit, The Great God Brown, End of the World, Play Memory, and his own play, Grandchild of Kings. Most recently, Prince of Broadway, a musical compendium of Mr. Prince s entire career opened on Broadway in August of 2017. His opera productions have been seen at Lyric Opera of Chicago, the Metropolitan Opera, San Francisco Opera, Houston Grand Opera, Dallas Opera, Vienna Staatsoper, and the Theater Colon in Buenos Aires. His most recent version of Candide was seen at New York City Opera in January of 2017. Mr. Prince is a trustee for the New York Public Library and instrumental in developing the Theatre On Film and Tape Archive for the Library for the Performing Arts at Lincoln Center. He previously served on the National Council on the Arts for the NEA. Mr. Prince is an Officier in the Ordre des Arts et des Lettres, given to him by the French government in 2008. He is the recipient of twenty-one Tony Awards, a Kennedy Center Honor, and the Eugene O Neill Theatre Center s Monte Cristo Award. Mr. Prince was inducted into the Lincoln Center Hall of Fame as a part of their inaugural class and received a National Medal of the Arts from President Clinton for a career in which he changed the nature of the American musical.

The Drama Book Shop is located at 250 West 40th Streetbetween 7th and 8th Avenues. A Tony Honoree for Excellence in Theatre, the historic shop is currently celebrating its 100th Annivesary Year. Events are free and open to the public. To learn more, or browse the shop’s online bookshelves, visit www.dramabookshop.com.