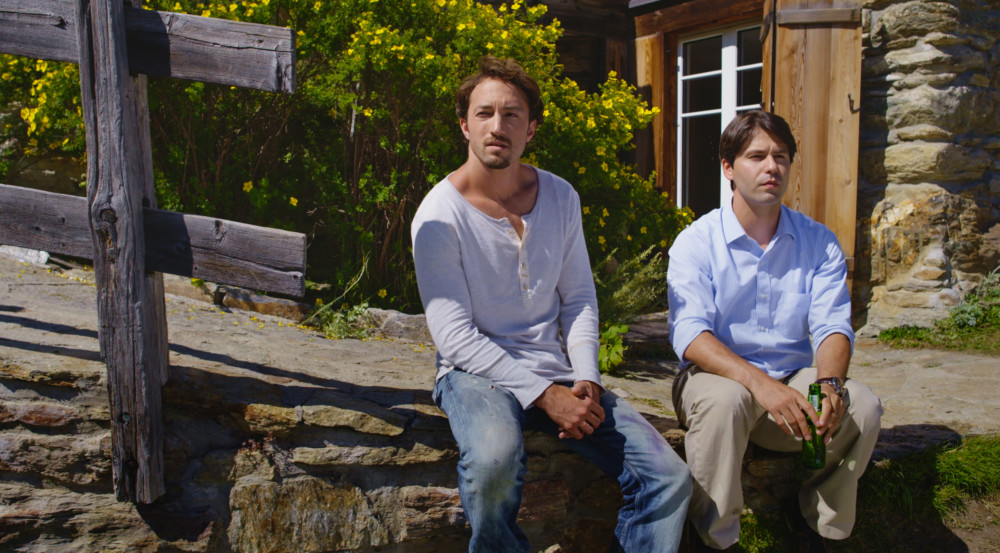 Half Brothers: Beautiful and Predictable

Half Brothers: Beautiful and Predictable

While the beautiful backdrop for Half Brothers inspires the well-crafted cinematography, the trajectory of the plot is predictable. Directed by Christoph Lehmann, this movie is visually stunning and carries a tone of intrigue in the underscoring (by Cornelius Renz), and the characters do exactly what you’d expect them to do. 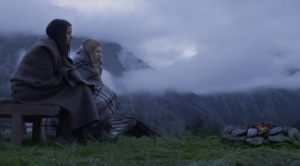 Nadine Vinzens and Alicia Gerrard in Half Brothers

In order to get to know each other better, half brothers, David (Derek Dean) and Trinis (Matthew Smiley), take a vacation with their significant others, Stefanie (Nadine Vinzens) and Ciara (Alicia Gerrard) respectively. The half-brothers could not be more different: David is an American flag-toting business man who married Stefanie, a Swiss business woman who used to be his secretary; Trinis is an American anti-capitalism poet who lives in Europe with his girlfriend, Ciara, an Irish outspoken songwriter. Initially there is natural discomfort simply in not knowing each other, but their differences quickly become apparent as they talk about politics, relationships, and how the world works. In addition, each couple has their own issues. Stefanie’s pregnancy causes strain on her relationship with David, and of course, they do not talk about it. Ciara seems bored of her relationship with Trinis and copes with recreational drugs. As the characters’ true desires reveal themselves, the pressure continues to mount.

Because the tension between characters and the realignment of couples are developed quickly, I spent most of the movie waiting for the obvious explosion. The events that unfold are foreseeable, but are not without unique comedic and touching moments. David and Ciara go on a drug induced and spontaneous adventure while Trinis and Stefanie have a more sensual and conversational engagement.

The underlying truth that honey bees only sting when provoked seems to be exactly how our characters react to each other – except the provoking takes a really long time. By the time we get to the climactic scene, I am no longer interested in our characters because instead of making decisions, they only to inch closer and closer to the obvious outcome. 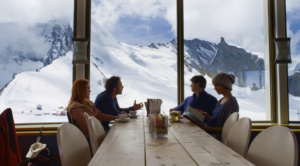 The actors, all of them clearly talented, make the best of moments in which the dialogue feels contrived. In scenes where they discuss politics and business, they shine in meaningful dialogue. Alicia Gerrard as Ciara stands out most among the four of them with her comedic timing and ubiquitous presence. Derek Dean excels at making me dislike his character, while I’m falling in love with the soft, strong characters that Nadine Vinzens and Matthew Smiley create.

Thematically speaking, I felt the story could’ve gone a different direction. Lines between European and American culture are drawn very clearly and are used as a basis of tension and attraction. The characters continuously label and generalize each other based on their native countries. This is interesting to watch, because to me, it high lights a social phenomenon that reflects the climate in which we live. Instead of exploring the tendency throw barbs based on cultural and national values, the movie predictably focuses on the characters’ romantic desires.

It takes time to perfect computer generated images, and I must comment on the few moments of CGI with regards to the honey bees; I find these small moments enchanting.

Half Brothers’ saving grace is the beautiful, intriguing music by Cornelius Renz in conjunction with Lehmann’s artistic cinematography.

G. H. HARDINGJuly 31, 2020
Read More
Scroll for more
Tap
My View: The Only Time You Will Ever See Marilyn Maye Sing To An Empty House
My View: Come To The Cabaret at The 28th New York Cabaret Convention