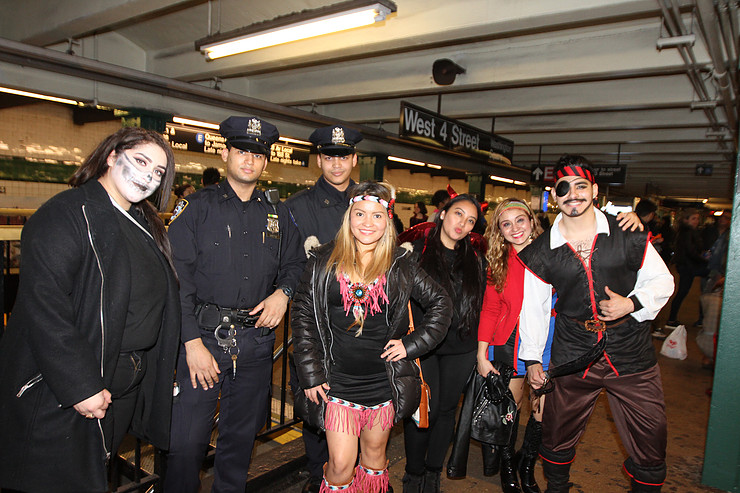 Thousands of New Yorker’s enjoyed the annual NYC Village Halloween Parade without incident due in large part to the amazing efforts of the NYPD. The 45th annual Village Halloween Parade started at Spring Street and Sixth Avenue, with participants marching up the avenue to 16th Street. Costumes were scary, funny and political, and not all were in the parade. Scroll down to see photos from the parade.

Tens of thousands of dancing skeletons, puppet masterpieces, and masked New Yorkers, marching with a collective hunger for tricks and treats.

This year marks the 45th anniversary of the Village Hallow. The city’s only night parade is one of the New York’s most storied traditions, drawing 50,000-60,000 marchers each year. It was a major point of uplifting in 2001, when people gathered to heal less than a couple of months after September 11. And, alongside the Pride parade, which predates the Halloween Parade by a few years, it has always been a major celebration for the Village’s LGBTQ community to come together and express themselves.

This year was as spooky, colorful, and elaborate as ever.