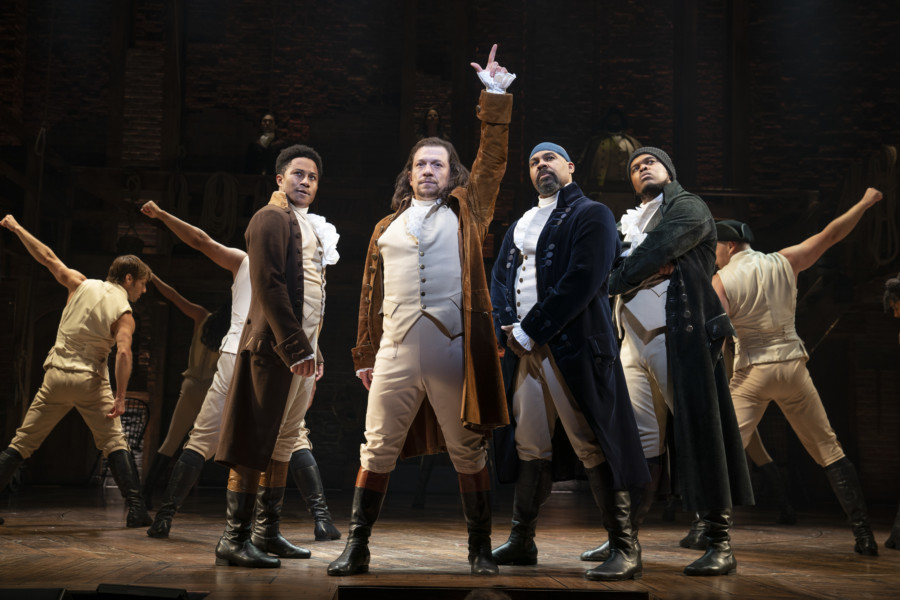 Hamilton which opened six years ago is the highest grossing Broadway musical of all time returned after 18 months to a cheering audience.

Tickets for Hamilton on Broadway are currently on sale through June 5, 2022.

There are many ticket resellers and secondary markets for tickets. For the best seats and to eliminate the risk of fraud, get tickets in advance through the Richard Rodgers Theatre, Ticketmaster, Broadway Direct or Broadway.com. Purchasing tickets from any other seller runs a high risk of receiving fraudulent tickets.

Hamilton is the story of America then, told by America now. Featuring a score that blends hip-hop, jazz, R&B and Broadway, Hamilton has taken the story of American founding father Alexander Hamilton and created a revolutionary moment in theatre—a musical that has had a profound impact on culture, politics, and education.

With book, music, and lyrics by Lin-Manuel Miranda, direction by Thomas Kail, choreography by Andy Blankenbuehler, and musical supervision and orchestrations by Alex Lacamoire, Hamilton is based on Ron Chernow’s acclaimed biography. It has won Tony®, Grammy®, and Olivier Awards, the Pulitzer Prize for Drama, and an unprecedented special citation from the Kennedy Center Honors.