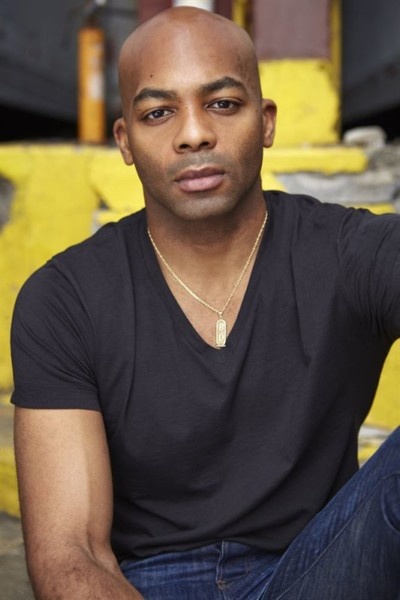 Listen, Jesus, do you care for your race?
Don’t you see we must keep in our place?
We are occupied; have you forgotten how put down we are?
I am frightened by the crowd.
For we are getting much too loud.
And they’ll crush us if we go too far.
If they go too far

Those fabulous lyrics from”Heaven On Our Minds” will be sung by Tony Award-winning producer, Hamilton alum and “Power” co-star Brandon Victor Dixon as Judas. He joins an already stellar cast in NBC’s highly anticipated special event Jesus Christ Superstar Live in Concert, to be aired Easter Sunday, April 1 from the Marcy Armory in Williamsburg, Brooklyn, N.Y. 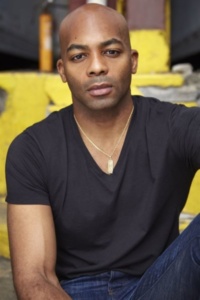 Dixon will play Judas, an apostle of Jesus who has concerns for the poor and the consequences of Jesus’s popularity. Dixon won a Tony in 2014 as a producer of “Hedwig and the Angry Inch,” which won for Best Revival of a Musical. In 2006 Dixon was nominated for Best Featured Actor in a Musical for his role as Harpo in “The Color Purple,” and again in 2016 for his role as Eubie Blake in “Shuffle Along.”

In addition to his Tony nominations, Dixon is known to many Broadway theatergoers as Aaron Burr from the musical sensation “Hamilton.” Dixon played Burr for nearly a year at the Richard Rodgers Theatre. In addition, he co-starred in a 2010 Off Broadway production of the musical “The Scottsboro Boys,” directed by Susan Stroman. On the TV side, Dixon currently co-stars on the Starz series “Power” as Terry Silver. He previously appeared on “The Good Wife” and performed on “The 40th Annual Kennedy Center Honors” in December.

Ben Daniels will portray Pontius Pilate, the governor of Judea who has a dream about the gruesome way Jesus will be killed. Daniels was Tony nominated in 2008 for Best Actor in a Play for his role as Le Vicomte de Valmont in “Les Liasons Dangereuses.” In 2016 he co-starred in the blockbuster film “Rogue One: A Star Wars Story.” His TV credits include “The Exorcist” and “House of Cards.”

Tony nominee Norm Lewis will play Caiaphas, a high priest who sees Jesus as a threat to the nation. Lewis was Tony nominated in 2012 for Best Performance by an Actor in a Leading Role in a Musical in “The Gershwins’ Porgy and Bess” and is currently starring in the critically acclaimed Broadway revival of “Once on this Island.” Lewis’ other extensive Broadway credits include “The Phantom of the Opera,” “Miss Saigon,” “Chicago,” “Les Miserables,” “The Little Mermaid” and “Sondheim on Sondheim.” On the TV side, Lewis has appeared in “The Blacklist,” “Gotham,” “Chicago Med” and “Scandal.”

Jason Tam will portray Peter, one of the apostles who saves himself the night Jesus is arrested. Tam has worked steadily on Broadway and his credits include “Les Miserables,” “A Chorus Line,” “Lysistrata Jones” and “If/Then.” His TV appearances include “The Blacklist,” “Hawaii Five-0” and “Do No Harm.”

Jin Ha will play Annas, a priest who aligned with Caiaphas and also saw Jesus as a threat. Ha made his Broadway debut as Song Liling in the 2017 revival of “M. Butterfly” at the Cort Theatre.

Erik Gronwall will play apostle Simon Zealotes, who believes Jesus should lead his followers into battle against the Romans. Gronwall came to fame in 2009 by winning the Swedish version of “American Idol.” Using “Idol” to jumpstart his music career, Gronwall released his first single, “Higher,” a few weeks after winning the competition and the song immediately shot to #1 on the charts. “Higher,” along with his self-titled album, soon reached platinum. He currently is the lead singer of the band H.E.A.T., who tour worldwide.

The “Jesus Christ Superstar” album hit #1 on the Billboard charts and made its way to the stage in 1971. It is based on the final week of Jesus’ life. The 1971 musical opened at the Mark Hellinger Theatre on Broadway and starred Jeff Fenholt as Jesus and Ben Vereen as Judas. It was nominated for five Tonys, including Best Performance by a Featured Actor in a Musical for Vereen. Lloyd Webber won a Drama Desk Award for Most Promising Composer.

Since then, the musical has been considered a classic and has become a staple of theatre and music organizations throughout the world. It has been performed in nearly 20 countries and translated into 18 different languages. There have been many revivals of “Jesus Christ Superstar” over the 46 years since its debut, including 2000 and 2012 Broadway versions that each earned a Tony nomination for Best Revival of a Musical. The 1973 film was directed by Oscar winner Norman Jewison and starred Ted Neeley.