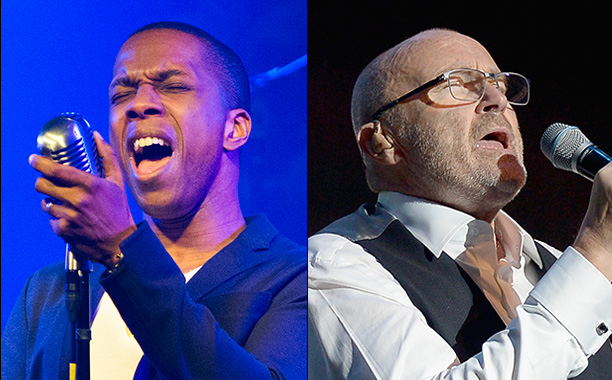 Hamilton star and Tony Award winner Leslie Odom, Jr. will return to his native Queens, NY to perform a special duet with legend Phil Collins during the Opening Night Ceremony for the 2016 US Open on the evening of Monday, August 29, in Arthur Ashe Stadium at the USTA Billie Jean King National Tennis Center. The duet, the first time the two singers will be performing together, will be televised live by ESPN2 in the United States and by a host of international broadcasters around the world as part of the Opening Night Ceremony.

Odom, Jr., who won a Tony Award for his portrayal of Aaron Burr in the hit sensation Hamilton, is a multi-faceted performer whose eponymous debut album, featuring the single “Autumn Leaves,” was released in June on S-Curve Records and hit #1 on both the Billboard and iTunes Jazz Albums charts. In addition to a Tony, Odom, Jr. is a Grammy Award-winner as a principal soloist on Hamilton’s Original Broadway Cast Recording, which won the 2015 award for Best Musical Theater Album. Odom, Jr. originated the role of ‘Burr’ in a sold out run at The Public Theatre in 2015, earning a Drama Desk Award nomination for Outstanding Featured Actor in a Musical. Odom, Jr. debuted on Broadway at the age of 17 in Rent, before heading to Carnegie Mellon University’s prestigious School of Drama, where he graduated with honors. He has appeared in a number of television programs including “Law & Order: SVU,” “Gotham,” and “Smash” among others.

The Opening Night Ceremony will celebrate the new retractable roof built over Arthur Ashe Stadium that will be operational for the first time in 2016. The massive structure, which contains more than 6,500 tons of steel, is the largest retractable roof in tennis and took three years to complete.

During his performance of the National Anthem, Odom, Jr., will be accompanied by the FDNY Color Guard and NYPD Honor Guard. A special light show designed specifically for the entire performance will also be part of the show.

The US Open is the highest-attended annual sporting event in the world. 2016 marks the second year of an 11-year partnership between the USTA and ESPN. During this year’s US Open, ESPN and ESPN2 will combine to air nearly 130 hours of live match play with more than 1,200 hours of first-to-last ball coverage to be seen on ESPN3 on WatchESPN, which will also be available via the US Open website – USOpen.org.

US Open tickets can be purchased: at USOpen.org; by calling Ticketmaster at 1-866-OPEN-TIX; and at all Ticketmaster outlets.