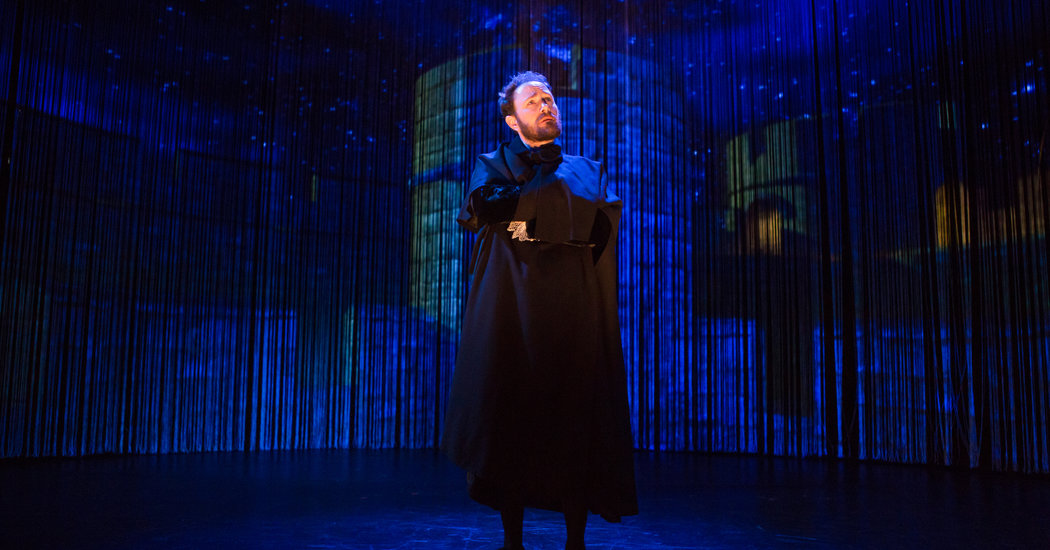 Hamlet. A Version Should Be the Only Version of Hamlet

Hamlet. A Version Should Be the Only Version of Hamlet 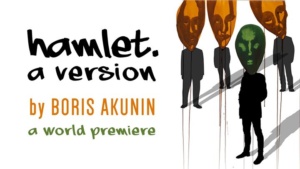 Boris Akunin’s rendition of Hamlet, Hamlet. A Version, is probably the most intriguing version of Hamlet I have ever seen. The retelling focuses on political corruption and thirst for power. 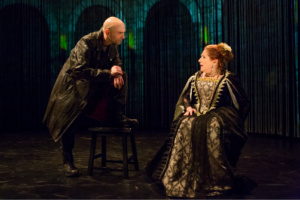 Khris Lewin and Joy Hermalyn in Hamlet, A Version. Photo by Jeremy Daniel.

The story of Hamlet is told in such a way that themes of political corruption and maneuvering are highlighted. The key word here is character motivation. Akunin highlights and creates new motivations for the characters, making every character much stronger and more interesting than originally written. Instead of happenstance and accident, choices are made.

Polonious (Alan I. Ross) thirsts and plots for the throne with the help of Laertes (Michael Sweeney Hammond); Gertrude (Joy Hermalyn) is a spiteful accomplice in her husband’s murder, but she also desires to protect Hamlet. Claudius (James Phillip Gates) will keep the throne at any cost. Hamlet (Matt Weiss) seeks revenge for his father’s murder. Horatio (Khris Lewin) is a loyal mastermind and confidant of nearly all the others. Rosencrantz and Guildenstern (Owen Scott and Michael Propster) are pawns in everyone’s game and comic relief. Ophelia (Clair Brownell) doesn’t do anything except go crazy after her father’s death and to die, giving Laertes one more reason to blame Hamlet.

The cast moves swiftly on a bare stage in front of a string curtain that allows for symbolic moments of who is in front of the curtain and who is behind. The projections onto the string curtain are symbolic and sometimes feel nebulous. It seems to create a sort of subliminal messaging for the audience, even though the audience will see themselves projected onto the curtain as well. The backdrop however does not distract from the incredible actors, it adds to nearly every scene. Heather Klar’s colorful costume design is worth noting because they force use to pay attention to the people, and not their surroundings – which is not often the case with politics.

On the whole, the cast is so easy to watch that we are swept into their characters immediately. Though none of the actors are weak, Joy Hermalyn as Gertrude and Khris Lewin as Horatio stand out above the rest, and the scene between them, in which one cunningly manipulates the other to the edge of their comfortable lies, is masterful. Matt Weiss plays Hamlet with un-athletic drunkenness that is both concerning and comedic, which to me is an achievement. Each of them weaves Akunin’s words into Shakespeare’s language with such ease that there are only a few moments where I can tell them apart.

Hamlet. A Version is politically relevant, entertaining and intriguing. The production is cohesive and cast is exceptional. Overall, Akunin’s reworking of an well-known story is riveting.