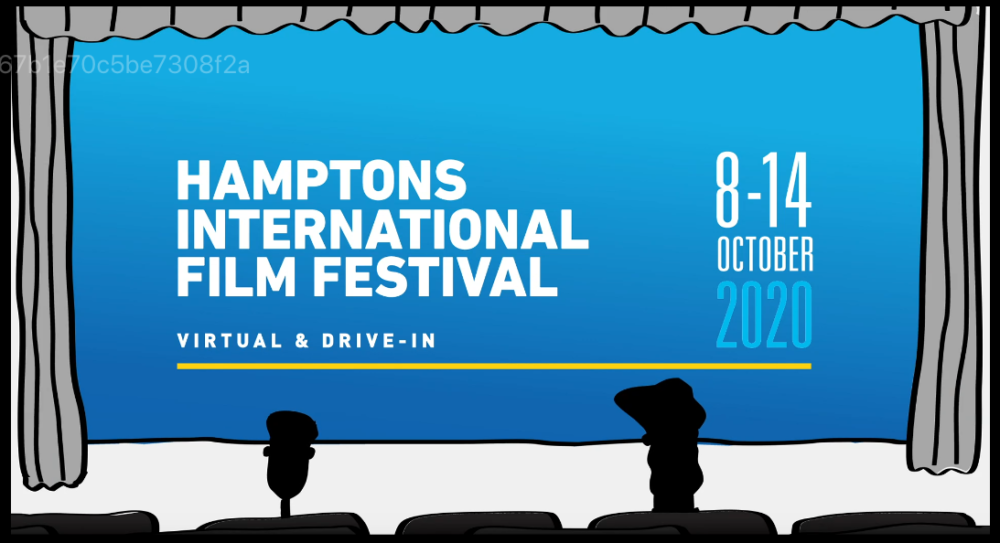 The 28th Hamptons International Film Festival, presented by HamptonsFilm, today announced their award winners at a virtual ceremony. Handing out over $29,500 in cash awards and $130,000 in goods and services.  This year’s festival is running October 8 – 14 with virtual screenings and drive-ins.

This year’s narrative and documentary jury was comprised of Co-owner of Mandeville Films and Television and producer on films including THE AERONAUTS, WONDER, BEAUTY AND THE BEAST, THE FIGHTER, and THE PROPOSAL, Todd Lieberman; Emmy-nominated filmmaker whose work includes the award winning documentaries THE STATE OF ARIZONA, A CLASS APART and FARMINGVILLE, and his latest film BAD HOMBRES, Carlos Sandoval; and Film Critic for Time Magazine & Chair of the New York Film Critics Circle, Stephanie Zacharek.

The festival’s opening night film and World Premiere of WITH DRAWN ARMS, directed by Glenn Kaino and Afshin Shahidi, was awarded the 2020 Brizzolara Family Foundation Award to Films of Conflict and Resolution.

Closing night film ONE NIGHT IN MIAMI…, directed by Regina King, was presented with the Victor Rabinowitz & Joanne Grant Award for Social Justice.  The annual award is handed to a film that exemplifies the values of peace, equality, global justice and civil liberties, and is named after iconic civil rights lawyer Victor Rabinowitz and his wife Joanne Grant, an author, filmmaker and journalist. The award is named in honor of two people who spent their entire lives fighting for those values.

Two new awards from New York Women in Film & Television honor an outstanding female filmmaker who has demonstrated exceptional artistic vision and dedication to their craft.

“In this year that has been unlike any other, we are so thankful for the filmmakers who shared their views of the world with us,”  said David Nugent, HamptonsFilm Artistic Director. “More than ever we will draw inspiration from their creativity and passion to bring us together through the craft of film.”

“As always, we could not be more thrilled for the opportunity to host the Hamptons International Film Festival and showcase such dynamic talent to our audience,” said Anne Chaisson, HamptonsFilm Executive Director. “We thank all of the filmmakers and distributors who shared their films with us, and congratulate all of the winners.”

Additional information on HamptonsFilm’s year-round programming, including the Now Showing series, SummerDocs Program, and recently established Flashback Friday and Summer Drive-In Series can be found on the website.  HIFF thanks the supporters for this year’s festival, including corporate sponsors Netflix, The Seltzer Group at JP Morgan, Silvercup Studios, Apple Original Films, and the official media sponsors WNBC and The East Hampton Star, The Purist and is grateful for the long-term support from NYSCA and Suffolk County. For more information, please visit www.hamptonsfilmfest.org.