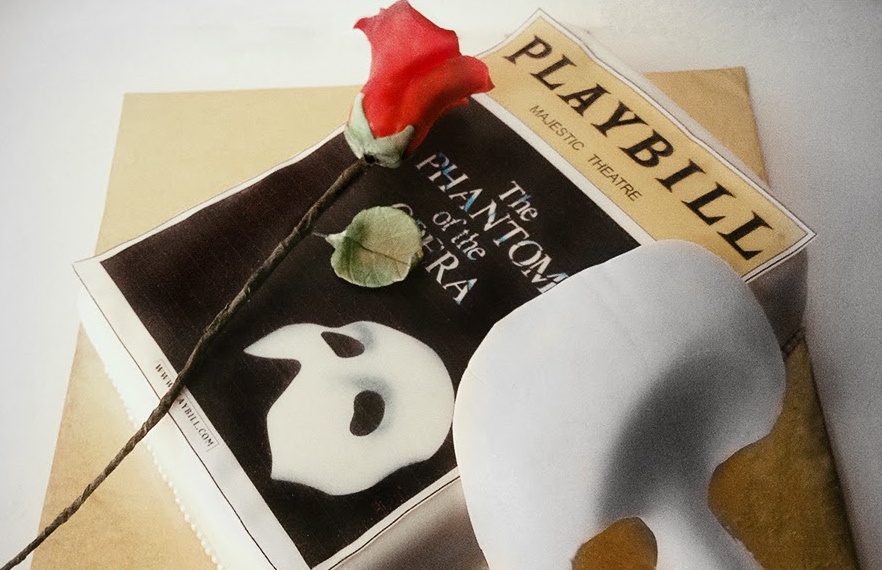 Happy 12,000th Performance To The Phantom Of The Opera

Happy 12,000th Performance To The Phantom Of The Opera 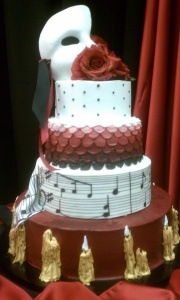 Producers Cameron Mackintosh and The Really Useful Group announced today that the longest-running show in Broadway history, Andrew Lloyd Webber’s The Phantom Of The Opera, directed by Harold Prince, will once again make theater history, reaching the unprecedented milestone of 12,000 performances.  A feat achieved by no other Broadway show, the 12,000th performance will take place Monday evening, November 28 at 8PM at The Majestic Theatre (247 West 44th Street).

One of the most successful stage productions of all-time, the New York production has played to over 17 million people and grossed a staggering more than $1 billion.  It will also celebrate 29 Years on Broadway on Thursday, January 26, 2017.  The Phantom Of The Opera has been Broadway’s longest-running show for over a decade. 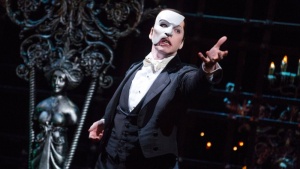 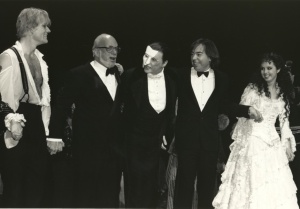 The Phantom Of The Opera became the longest-running show in Broadway history on January 9, 2006 with its 7,486th performance, surpassing the previous record-holder Cats, also by Andrew Lloyd Webber and also produced by Cameron Mackintosh.   Incredibly, since breaking that record, Phantom has played both an additional 11 years and more than 4,500 performances – which by itself would be a smash hit run for a Broadway musical.

On January 26, 2013, the New York production reached another historic milestone: becoming the first and only Broadway show ever to celebrate 25 Years.  It will now reach 29 Years and have played an unprecedented 12,000 performances – all with no end in sight.  (By way of comparison, Phantom has played over 9 years and 4,000 performances more than Broadway’s second longest-running show, Chicago.)

Since its debut on January 26, 1988, the Broadway production has grossed over $1 billion with total attendance of 17.4 million.  Even now, it is consistently among Broadway’s highest-grossing shows and remains a box office champ.

Phantom became the first stage production to reach worldwide grosses of $6 billion, which it did in 2014.  Revenues far surpass the world’s highest-grossing film Avatar (at $2.8 billion), as well as such other blockbusters as Titanic, The Lord of the Rings, Jurassic Park and Star Wars.

Worldwide, a staggering 140 million people have seen The Phantom Of The Opera in 35 countries and 160 cities in 15 languages.

The flagship London production of The Phantom Of The Opera opened October 9, 1986 at Her Majesty’s Theatre.  In October 2011, it reached 25 Years, a milestone that was celebrated with a special production at London’s Royal Albert Hall to tremendous acclaim.  A live recording was released on CD by Decca and a DVD of the event was released by Universal Home Entertainment. Last month, the West End production celebrated its 30th Anniversary and surpassed 12,500 performances. 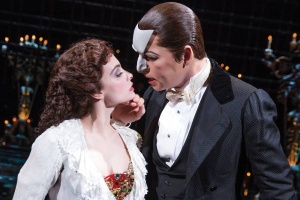 There are currently seven productions of The Phantom Of The Opera around the world: London, New York, Sapporo (Japan, in repertory), Budapest (Hungary, in repertory), Prague (Czech Republic), Stockholm (Sweden) and Cameron Mackintosh’s spectacular new production, now in its third year on North American Tour.  The next confirmed international opening will be Gothenburg (Sweden) in August 2017.

The musical has won more than 70 major theater awards, including seven 1988 Tony Awards (including Best Musical) and three Olivier Awards plus the 2016 Olivier Audience Award in the West End.  The original cast recording, with over 40 million copies sold worldwide, is the best-selling cast recording of all time.  Since September 2010, thousands of high school and college student productions of Phantom have been licensed through R&H Theatricals.

In casting news, two fan favorites will be returning to the New York production in the coming months:

Based on the classic novel Le Fantôme de L’Opéra by Gaston Leroux, The Phantom Of The Opera tells the story of a masked figure who lurks beneath the catacombs of the Paris Opera House, exercising a reign of terror over all who inhabit it.  He falls madly in love with an innocent young soprano, Christine, and devotes himself to creating a new star by nurturing her extraordinary talents and by employing all of the devious methods at his command.

The Phantom Of The Opera is produced by Cameron Mackintosh and The Really Useful Group, has music by Andrew Lloyd Webber and is directed by Harold Prince.  Lyrics are by Charles Hart (with additional lyrics by Richard Stilgoe) and the book is by Richard Stilgoe and Andrew Lloyd Webber.  The Phantom Of The Opera has production design by the late Maria Björnson, lighting by Andrew Bridge and sound design by Mick Potter with original sound by Martin Levan.  Musical staging and choreography is by Gillian Lynne.  Orchestrations are by David Cullen and Andrew Lloyd Webber.

RossDecember 29, 2021
Read More
Scroll for more
Tap
The Book of Mormon Sells For $67,500
My View: They Were Laughing At The Friars Club Last Night – Whew! Not At Me