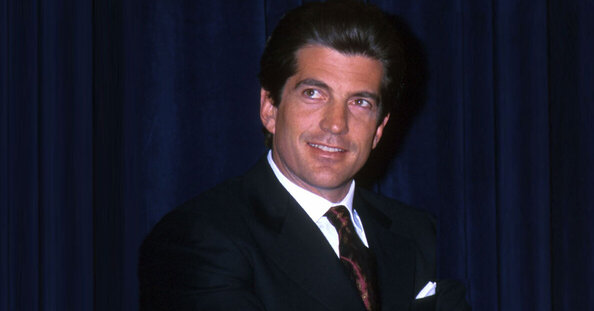 John Fitzgerald Kennedy Jr. was born November 25, 1960. He was a son of President John F. Kennedy and First Lady Jacqueline Kennedy, and was the younger brother of Caroline Kennedy. He was born at MedStar Georgetown University Hospital, two weeks after his father, Massachusetts senator John F. Kennedy was elected president. His father took office exactly eight weeks after John Jr. was born.

Three days before his third birthday his father was assassinated. He spent his birthday giving a final salute during the funeral procession.

Also known as  John-John or JFK Jr., was an American lawyer, journalist, and magazine publisher. He worked as a New York City assistant district attorney for almost four years, but i n 1995, he launched George magazine.

Each issue of the magazine contained an editor’s column and interviews written by Kennedy. He did interviews with some of the most famous people of that time.

The first issue had Cindy Crawford posing as George Washington in a powdered wig and ruffled shirt and caused a scandal.

In looking at back issues one has to wonder what was JFK Jr. trying to tell us, as he seems to predict the future and tell us the truth.

When he met Carolyn Bessette, they became engaged for a year. On September 21, 1996, they married in a private ceremony on Cumberland Island, Georgia, where his sister, Caroline, was matron of honor and his cousin Anthony Radziwill was best man.

JFK Jr. died in a plane crash in 1999 at the age of 38. Today he would have been 60 years old. If only the fates had not been so unkind. This is the man we needed as President! If only the dead could rise.