Happy 70th Birthday Liza Minnelli A Pictorial of Birthday’s Past

Happy 70th Birthday Liza Minnelli A Pictorial of Birthday’s Past 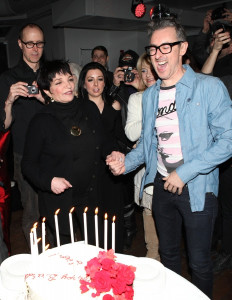 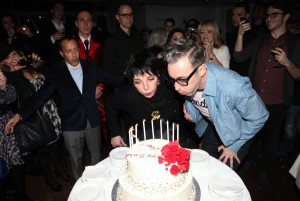 The opening photo is Liza Minnelli blowing the candles on her birthday cake watched by dad Vincente, 1950 age 4

Liza Minnelli turns 70 today. The daughter of Hollywood royalty (Judy Garland and director Vincente Minnelli), Minnelli has become her own iconic presence. Her first professional experience on film was at age three where she appeared in the final scene of the 1949 musical In The Good Old Summertime. She was performing with her mother since she was a teenager and played Luisa in The Fantastick’s in a summer stock production at the Cape Cod Melody Tent, Hyannis, Mass. She appeared in the chorus of Flower Drum Song and played the part of Muriel in Take Me Along. Minnelli began performing professionally at age 17, in 1963, in an Off Broadway revival of the musical Best Foot forward, for which she received the Theatre World Award. The next year, her mother invited her to perform with her in concert at the London Palladium. Both concerts were recorded and released as an album. At 19, and won her first Tony Award Flora The Red Menace. It wmarked a long standing relationship with John Kander and Fred Ebb. Liza next did the film The Sterile Cuckoo. Her performance won her her first Academy Award nomination, but she rose to international stardom in 1971 with Cabaret and the Emmy Award winning TV Special Liza With a Z.  She successfully returned to Broadway stage starring in the musical The Act in 1977, but it wasn’t 1981 that Liza would become a household name again in the charming comedy Arthur. Minnelli returned to Broadway in a new solo concert at the Palace Theatre called Liza’s at the Palace…! which ran from December 3, 2008, through January 4, 2009. 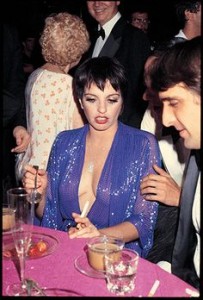 Liza Minnelli at her birthday party at Studio 54, 1979 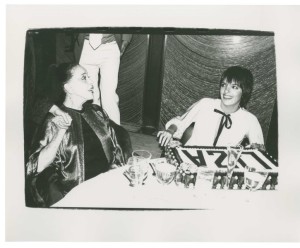 Liza Minnelli at her Birthday Party

Minnelli has suffered from alcoholism and addiction to prescription drugs, originating from a Valium prescription after her mother’s death. Minnelli left her 1984 musical The Rink to enter the Betty Ford Clinic. 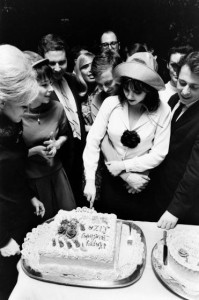 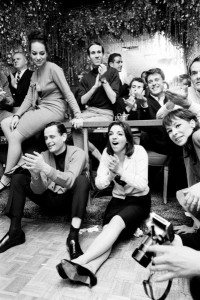 Birthday girl Liza Minnelli gets down on the floor with her guests, March 1965

Married and divorced four times, her first marriage was to the entertainer/songwriter Peter Allen. Next was Jack Haley, Jr, the son of the man who played the Tin Man opposite her mother in The Wizard of Oz. Mark Gero, was a sculptor and stage manager and David Gest was a concert promoter,. 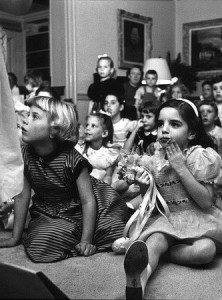 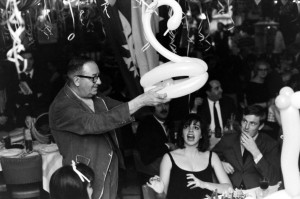 Liza Minnelli reacts as an unidentified well-wisher at her 19th birthday party presents her with a swan-shaped balloon. Seated beside her is Peter Allen

Her siblings are  Christiane Minnelli, Lorna and Joey Luft. 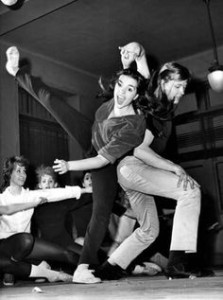 A young Christopher Walken rehearsing in 1963 with an even younger Liza Minnelli for the Broadway musical Best Foot Forward. Walken went to her 16th birthday party, where he danced with Judy Garland

Minnelli has, throughout her lifetime, served various charities and causes which she considers very important. She has also dedicated much time to amFAR, The Foundation for AIDS Research, which was co-founded by Elizabeth Taylor. In 1994, she recorded the Kander & Ebb tune “The Day After That” and donated the proceeds to AIDS research. That same year she performed the song in front of thousands in Central Park at the 25th anniversary of the Stonewall riots. 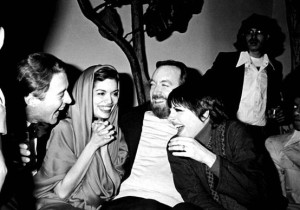 Liza Minnelli at her birthday party in 1979

Ms. Minnelli, you are an inspiration and a legend and we wish you many more birthdays. May 70 prove to be your best year yet. 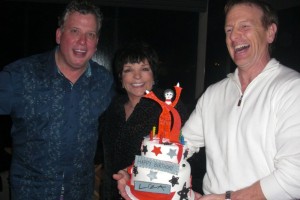 Suzanna BowlingDecember 1, 2022
Read More
Scroll for more
Tap
Night of 1000 Gowns Brings Out The LGBTQ Community in Style
Hungry a Play That Tempts You With Smell But Feeds You Nothing