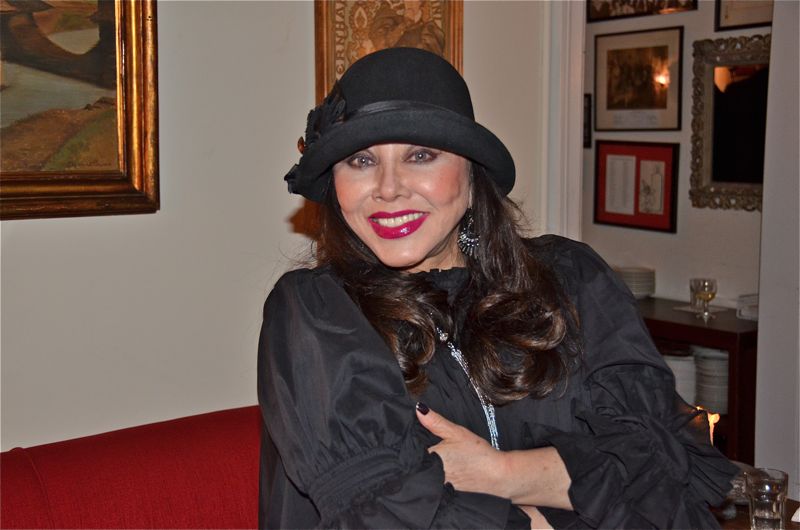 Every now and then you meet somebody who embodies such wonderful qualities that you have to share their lives with the world. Marya Coburn is that person.

Marya started her life in the Philippines, in a political family, related to President Ferdinand Marcos. After her mother’s marriage failed she came to the United States in May of 1955. Her mother received two masters; one in education and the other in English as a second language. She also received a PHD in philosophy. Speaking five languages Patience wanted her daughter to follow in her footsteps, but once Marya started ballet class another road was taken. Marya ended up in the High School for Performing Arts and was cast in the New York World’s Fair. While at the HS of Performing Arts Marya befriended a young Liza Minnelli.

On scholarship at Juilliard, Marya was discovered by Anthony Tudor from the Royal Ballet and Markova who picked her out personally to dance in the corp de ballet at the Metropolitan Opera.

In a summer break Marya was cast in a Broadway review in Puerto Rico where Goldie Hawn backed her up. While there Colt 45 was casting a commercial and her fellow cast mates tried to block her from auditioning. Another friend told her and Marya not only showed up, but got the role. The commercial was the #1 commercial for 1964 and she only made $800 as it was a buy out.

Switching it up Marya took jazz at Lugi’s. There she was discovered by Bob Fosse and was cast in the Las Vegas production of Sweet Charity, starring Juliet Prowse along with fellow Juilliard cast mate Ben Vereen.

Making it to Hollywood Marya’s friend David Winter’s told her about an audition for a new Elvis Presley film “Stay Away Joe”. The casting director asked her what her sign was. Marya knowing nothing about astrology, said dollars and was cast. Roles in “The April Fools” and “Dirty Dingus Magee”, starring Frank Sinatra followed.

After meeting Marya on the set of “Dirty Dingus McGee,” Frank Sinatra had his people track down Marya as she gave him a fake phone number. Frank and Marya subsequently saw each other personally for several months. He called her his China Doll.

Her mother not getting her way with having her daughter become a doctor, set her up with Richard Coburn a plastic surgeon. Announcing their marriage without her knowledge, and since her mother was pleased Marya ended up married.

In her marriage, Marya made Dr. Coburn famous. Between his skills, her Hollywood and political connections they became the toast of the town. However Dr. Coburn did not like it when his wife was successful and when “One Life To Live” called to offer her a role, Dr Coburn said his wife did not need the money. The role went to Barbara Luna and restarted her career. The same thing happen when the TV show “Dallas” called. Marya decided to learn to sing and when she met Herb Bernstein he put her in a show at the Park 10. She sold out 4 shows. She was invited to sing on New Year’s Eve and at The Catskill’s, but again her husband had the last word. Finally Marya had enough and her divorce hit the pages of the press.

Moving on Marya now nurtures young talent to give them a head start. She takes personal care of her 100 year old mother who has Dementia and has brought her back to life several times. She gives of her energy, time, finances and abilities to help all that come into contact with her.

If only we could all live like Marya and think of others more than ourselves.