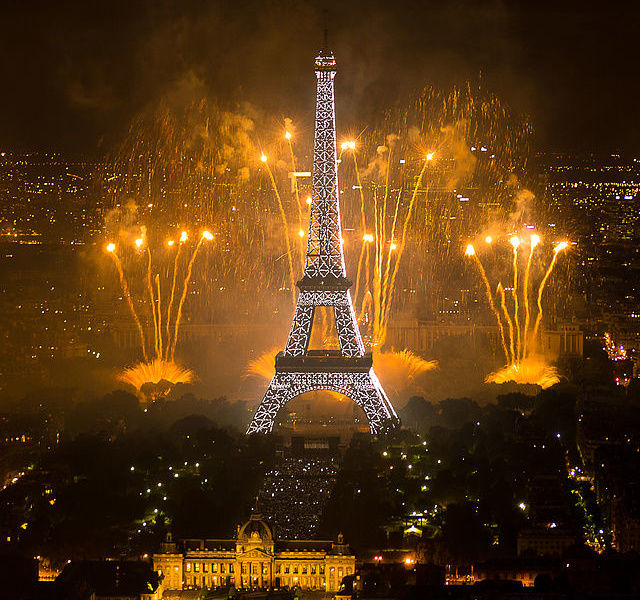 For the first time, the Consulate General of France, the French Institute Alliance Française (FIAF), and the Committee of French Speaking Societies (CAFUSA) will present a special Bastille Day Celebration in Central Park as part of the larger SummerStage festival. First up is a jazz quintet headlined by vocalist Kavita Shah, then comes a “French dance party” with film clips by DJ Joachim Garraud, and things end with a screening of the 2020 French comedy My Donkey, My Lover & I. The event starts at 6:30pm and is free.

Did you know NYC has a Little Paris? It’s located on Nolita’s Centre Street, between Broome and Grand Streets. There’s a French café and bakery Maman, a wine bar La Compagnie des Vins Surnaturels, and art and home decor shop called Clic, with additional French shops and restaurants nearby.

The French cultural center Couch, will celebrate Bastille Day by hosting a reopening party on Saturday from 3 to 7 p.m. The party will include music by French trio Oh la la, French cider by Aval, wine by Communal Brands, French-inspired cocktails and French treats from Maman and Michael et Augustin. At the event, Coucou will unveil the new “Little Paris” streets signs on its block.

French restaurants are offer prix fixe menus. Here is some of our favorites

Bastille Day at Le District
FiDi’s French food hall is holding a special celebratory event on July 14 that features live music, a caricaturist, illusionist, and cocktail and menu specials at Liberty Bistro. You can make a reservation on Resy.

Benoit
In Midtown, this contemporary French bistro by Alain Ducasse is offering both lunch and dinner specials on July 14. There’s a sparkling wine and oyster package, a charcuterie and pâté package, special dishes (beef prime rib for two or grilled lobster), and the Frenchy Frozen Mauresque cocktail.

Marseille
This Hell’s Kitchen French brasserie is known for its “joie de vivre” and comforting French Provencal cuisine. On Bastille Day, they’re offering a special three-course prix fixe menu that starts with a Vichyssoise (cold potato and leek soup), followed by Cochon Frites (pork jowl confit), and Chocolate Crepes as a sweet final touch. The super-reasonable price is, fittingly, 1789, and there’s a $10 special on rosé wine and cocktails.

La Goulue
This Upper East Side bistro oozes old-world charm, and on the 14th, this is carrying over to a special $65 prix fixe menu that includes a refreshing French 75 (Citadelle gin, fresh lemon juice, and Frerejean Frères), Salade Lyonnaise (frisée salad, bacon vinaigrette, poached egg, and croutons) and Navarin d’Agneau (braised lamb with summer vegetables). It’s available for indoor or outdoor dining or to-go via Postmates.

LouLou
This petite French bistro and speakeasy in Chelsea is hosting festivities all day, including a pétanque competition. They’ve also teamed up with Quinn Rosé to offer their Provencal wine.