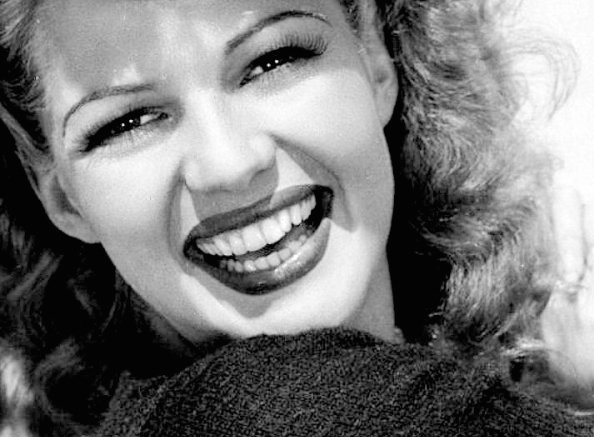 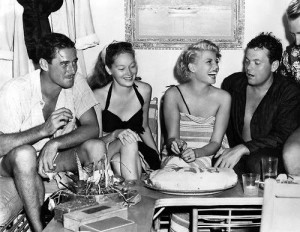 Former Hollywood Agent to the Stars, producer and author, Budd Burton Moss has rounded up some of his closest friends to pay a special tribute to the Silver Screen’s Golden Goddess, Rita Hayworth. The celebration of what would be her 100th Birthday on October 17th, 2018, will take place in New York and Hollywood. With the Blessings of Rita’s daughter, Princess Yasmin Aga Khan, the cooperation of Alzheimer’s Greater Los Angeles, and a host of prominent names from the entertainment industry, Mr. Moss is spearheading a two-fold campaign to honor Rita Hayworth with an official United States Postal Service commemorative stamp, and an honorary Academy Award. Among those supporting Mr. Moss are Shawn and Larry King, Stefanie Powers, Broadway producer Jean Doumanian, Mrs. Anthony Katherine Quinn, Ambassador John and Constance Towers Gavin, Tippi Hendren, Carole Wells, Angie Dickinson, Edward James Olmos, Jolene and George Schlatter and Rona Barrett, the former Hollywood newspaper columnist and television host. 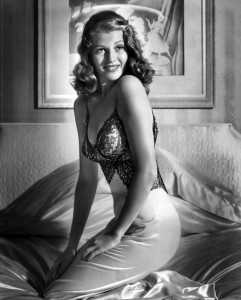 Given Mr. Moss’s impressive circle of friends and former clients from Hollywood, to Broadway, to the White House and back, it is anticipated that many more famous and influential persons will rally alongside him in this effort to specially note the legacy of Rita Hayworth’s career as an actor, dancer & singer (in 1999, the American Film Institute named her among the top-25 greatest female stars of Classic Hollywood cinema). 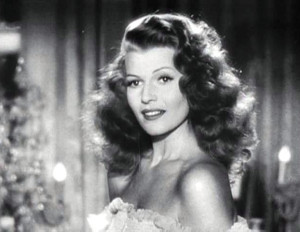 The second (but no less important) tier of this remembrance is to reflect upon the terrible demise of Rita Hayworth from Alzheimer’s disease, which was little known of apart from a handful of scientists and doctors when the malady first began to afflict her. The public disclosure and discussion of Miss Hayworth’s illness drew international attention to Alzheimer’s disease. In 2006, the Los Angeles Times said this helped to greatly increase federal funding for Alzheimer’s research. Moreover, the Rita Hayworth Gala, a benefit for the Alzheimer’s Association, is held annually in New York City. The program was founded in 1985 by Princess Yasmin Aga Khan, in honor of her mother. As of March 2015, a total of more than $65 million had been raised through the events hosted by Princess Yasmin. 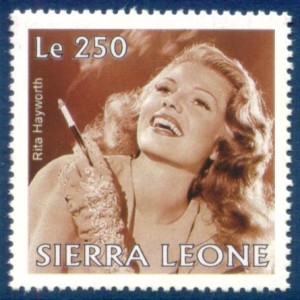 Budd Burton Moss states it all quite simply: “It is our hope and desire to be able to create a “HAPPY 100TH BIRTHDAY ‘GILDA’” stamp with the U.S.P.S. and present to Rita an honorary Oscar® from the Academy of Motion Picture Arts and Science in 2018.” Mr. Moss, of course, is referring to perhaps Miss Hayworth’s most famous and popular film, Gilda.

Budd Burton Moss is just the man to organize this celebration, for he was once Rita Hayworth’s agent, one of her dearest friends, and a near constant companion during the final, torturous years of her life under the ravages of Alzheimer’s. When the time came to lay her to rest, he was one of her pallbearers. 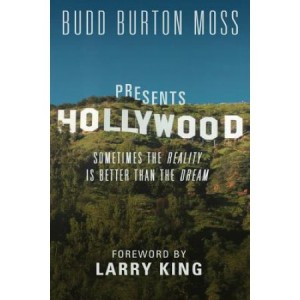 Budd Moss is one of those great and storied agents of Hollywood’s golden era. His new book HOLLYWOOD: Sometimes the Reality is Better than the Dream (Foreword by Larry King), takes you on many world adventures with Rita Hayworth and many other friends and clients, including Sidney Poitier, Bette Davis, Aaron Spelling, Tom Bosley, Constance Towers, John Gavin, Cyd Charisse, Mia Farrow, Elizabeth Montgomery, Tom Cruise, former president of the Motion Picture Association of America, Jack Valenti and many more.

Budd Burton Moss will be speaking at the Cinema Art Centre in Huntington, L.I., on November 6th and then again at the Long Island Gold Coast in Great Neck, L.I. on November 10th 2016.