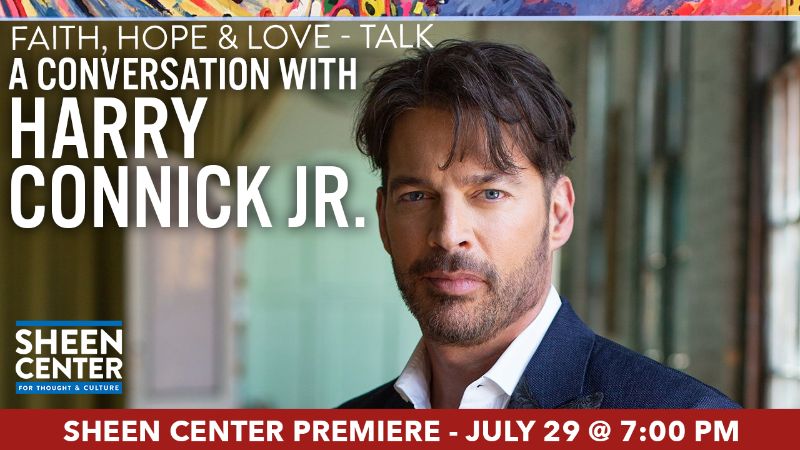 With a music, film, television and Broadway career spanning three decades, New Orleans native son Harry Connick, Jr. is the essence of a renaissance man. Join Sheen Center Interim Executive Director David DiCerto for a conversation with the Grammy and Emmy Award winner about his musical career, his Catholic faith, his work with the Ellis Marsalis Center for Music, and the tragic personal losses of two dear friends to COVID-19: mentor Ellis Marsalis, Jr. and Monsignor Richard Guastella, the priest who gave him his first job in New York, celebrated his wedding ceremony, and baptized one of his daughters. Watch Wednesday at 7:00 PM on Sheen’s website, Facebook or YouTube.