Harry Potter: A History of Magic, the British Library’s most successful exhibition, opened at the New-York Historical Society on Friday, October 5. Celebrating the 20th anniversary of the U.S. publication of Harry Potter and the Sorcerer’s Stone, the New York exhibition explores the traditions of folklore and magic at the heart of the Harry Potter stories and showcases a new selection of objects that are on view to the public for the very first time. 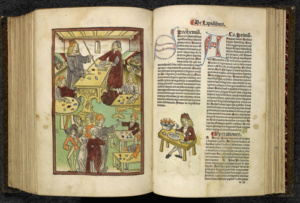 Harry Potter: A History of Magic features centuries-old treasures, including rare books, manuscripts, and magical objects from the collections of the British Library, the New-York Historical Society, and other museums, as well as original material from publisher Scholastic and J.K. Rowling’s own archives. The exhibition is accompanied by a special audio tour featuring the voice of actress Natalie Dormer—available to ticketholders as a free Audible download—providing in-depth content on the objects on view. 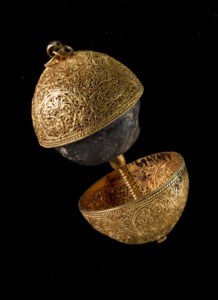 Gold filigree case containing a bezoar, spherical, used as a remedy for many diseases 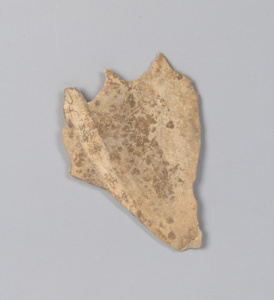 Exhibition Highlights
Unique to the New York presentation of the British Library’s Harry Potter: A History of Magic exhibition—and on public view for the first time—are Mary GrandPré’s pastel illustrations for the cover artwork of Scholastic’s original editions of the novels; Brian Selznick’s newly created artwork for the covers of the 20th anniversary edition of the Harry Potter series published by Scholastic; cover art by Kazu Kibuishi featured in Scholastic’s 15th anniversary box set; and the enormous steamer trunk used to transport a signed copy of Harry Potter and the Half-Blood Prince on the Queen Mary to the U.S. The exhibition also includes costumes and set models from the award-winning play Harry Potter and the Cursed Child.

Also on display for the first time in the U.S. are Rowling’s handwritten first drafts of The Philosopher’s Stone and Deathly Hallows, her hand-drawn sketch of the Hogwarts grounds, and portraits and sketches of some of the Hogwarts’s professors and magical creatures created by British illustrator Jim Kay. John James Audubon’s watercolor of Snowy Owls, a 1693 publication defending the Salem witch trials, a study of the Woolworth Building—the landmark New York location featured in the film Fantastic Beasts—and other artifacts from New-York Historical’s collection round out the original offerings.

Harry Potter: A History of Magic is organized around the subjects studied at Hogwarts School of Witchcraft and Wizardry, including:

• Potions and Alchemy, showcasing a bezoar stone that reputedly provided a powerful antidote to poison, the tombstone of Nicolas Flamel—the medieval Parisian rumored to be an alchemist who inspired a character in Rowling’s Harry Potter and the Sorcerer’s Stone—and Yale University’s Ripley Scroll depicting symbolic references to the philosopher’s stone;

• Herbology, featuring illustrated herbals (directories of plants and their powers), such as Giovanni Cadamosto’s 15th-century manuscript showing the harvesting of a mandrake plant with a root that resembles the human form, and an example of an 18th century-pressed plant from the New York Botanical Garden Library: the Adonis Vernalis, or fake Hellebore;

• Divination, with ancient oracle bone fragments on loan from the Metropolitan Museum of Art; a black moon crystal ball used by “Smelly Nelly,” a 20th-century British witch who used strong perfume to attract the spirits she believed helped her to see the future; and a 19th century fortune-telling doll from New-York Historical’s collection;

• Charms, which includes the first written record of the incantation ‘abracadabra,’ dating from the 13th century, and a 1693 edition of The Wonders of the Invisible World, written by Cotton Mather, a Congregational minister in Boston, as his justification for the Salem witchcraft trials;

• Astronomy, featuring a 1699 celestial globe by famed cartographer Vincenzo Coronelli, pages from a notebook compiled by the artist and inventor Leonardo da Vinci that show the sun and moon revolving round the Earth, and a 13th century astrolabe thought to be one of the oldest geared instruments still extant, from the American Museum of Natural History Library;

• Defense Against the Dark Arts, featuring a magic staff (1998) carved from timber and Mary GrandPré’s original jacket artwork for Harry Potter and the Deathly Hallows; and

• Care of Magical Creatures, including a 13th-century bestiary manuscript depicting a phoenix rising from the ashes, a narwhal tusk, and John James Audubon’s watercolor of snowy owls. 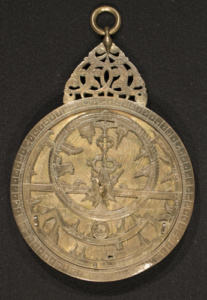 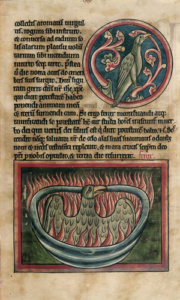 Harry Potter: A History of Magic is proudly sponsored by Audible. Exhibitions at New-York Historical are made possible by Dr. Agnes Hsu-Tang and Oscar Tang, the Saunders Trust for American History, the Seymour Neuman Endowed Fund, the New York City Department of Cultural Affairs in partnership with the City Council, and the New York State Council on the Arts with the support of Governor Andrew Cuomo and the New York State Legislature. WNET is the media sponsor.

Tickets
Timed-entry tickets for the exhibition Harry Potter: A History of Magic are $21 for adults, $16 for seniors (65+), $13 for students, $6 for kids ages 5–13, and free for children ages 0–4; tickets include admission to the rest of the Museum. Harry Potter: A History of Magic will be open to the public from October 5, 2018 – January 27, 2019, on Tuesday, Wednesday, Thursday, and Saturday 10 am–6 pm; Friday 10 am–9 pm; and Sunday 10 am–5 pm. The last entry will be 45 minutes before closing. Please check our calendar for occasional gallery closures and special open days. Visit harrypotter.nyhistory.org to purchase exhibition and programming tickets.

Publication
The official companion book to the exhibition, published by Scholastic simultaneously with the opening of the exhibition, invites readers to explore the extraordinary subjects of the Hogwarts curriculum—Potions & Alchemy, Divination, Care of Magical Creatures, and more—and examine the more than 150 items on display, including incredible historical artifacts, original material from publisher Scholastic and J.K. Rowling’s personal archive, and stunning original artwork from Harry Potter series artists Mary GrandPré, Jim Kay, and Brian Selznick. This special publication is an essential volume for Harry Potter fans, history buffs, and bibliophiles, and a fascinating exploration of the history of the magic at the heart of the Harry Potter stories. An enhanced ebook edition will also be published simultaneously by Pottermore Publishing. The companion book, Harry Potter: A History of Magic, will be available for purchase from the NYHistory Store and wherever books are sold to coincide with the opening of the exhibition in October.

Audiobook and Tour
A special audio tour to accompany the Harry Potter: A History of Magic exhibition at New-York Historical, featuring the voice of Natalie Dormer, will be available to ticketholders as a free Audible download, offering in-depth content on fascinating objects throughout the exhibition galleries. The audiobook, Harry Potter: A History of Magic—an original non-fiction audiobook that reveals some of the hidden stories behind real-world magic and explores some of J.K. Rowling’s magical inventions alongside their folkloric, cultural, and historical forebears—will be released by Audible on October 4, including the voices of Stephen Fry and Jim Dale, the respective UK and U.S. narrators of the Harry Potter series, together on one audio program for the first time.

20th Anniversary
September 2018 marks the 20th anniversary of the U.S. publication of J.K. Rowling’s Harry Potter and the Sorcerer’s Stone, and Scholastic kicked off its year-long celebration in January 2018. The Wizarding World will have one of its busiest years ever in the U.S., with Harry Potter and the Cursed Child now on Broadway; the British Library’s exhibition Harry Potter: A History of Magic, opening at the New-York Historical Society in October; and the film Fantastic Beasts: The Crimes of Grindelwald, opening in cinemas in November. The Harry Potter books have sold more than 180 million copies in the U.S. alone and more than 500 million copies worldwide. The books are published in more than 200 territories in 80 languages.

About the New-York Historical Society
The New-York Historical Society, one of America’s preeminent cultural institutions, is dedicated to fostering research and presenting history and art exhibitions and public programs that reveal the dynamism of history and its influence on the world of today. Founded in 1804, New-York Historical has a mission to explore the richly layered history of New York City and State and the country, and to serve as a national forum for the discussion of issues surrounding the making and meaning of history. The DiMenna Children’s History Museum at New-York Historical encourages families to explore history together through permanent installations and a wide range of family learning programs for toddlers, children, and preteens. New-York Historical is also home to the Patricia D. Klingenstein Library, one of the oldest, most distinguished libraries in the nation—and one of only 20 in the United States qualified to be a member of the Independent Research Libraries Association—which contains more than three million books, pamphlets, maps, atlases, newspapers, broadsides, music sheets, manuscripts, prints, photographs, and architectural drawings. To learn more, visit nyhistory.org.

About the British Library
The British Library is the national library of the United Kingdom and one of the world’s greatest research libraries. It provides world class information services to the academic, business, research, and scientific communities and offers unparalleled access to the world’s largest and most comprehensive research collection. The Library’s collection has developed over 250 years and exceeds 150 million separate items representing every age of written civilization and includes books, journals, manuscripts, maps, stamps, music, patents, photographs, newspapers, and sound recordings in all written and spoken languages. Every year, up to 10 million people visit the British Library website―www.bl.uk―where they can view up to four million digitized collection items and more than 40 million pages. See more at: www.bl.uk 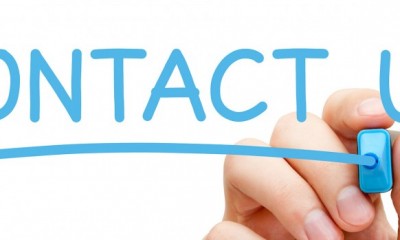