Harry Potter and the Chamber of Secrets Live in Concert: A Magical Experience at the Theater

Harry Potter and the Chamber of Secrets Live in Concert: A Magical Experience at the Theater 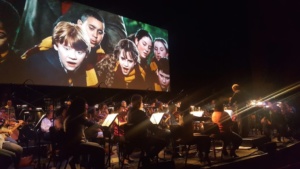 Be it new to the wizarding world, or a long time member of Hogwarts, you haven’t seen “Harry Potter and the Chamber of Secrets” until you’ve seen it accompanied by the Florida Orchestra. Earlier this year I saw, “Harry Potter and the Sorcerer’s Stone”, and there was some buzz around seeing “Chamber of Secret”. This is truly the best way to experience your favorite wizards on the big screen. Add a dash of a cinematic big screen experience, plus an ounce of close to 80 of the best musicians that Florida has to offer and you’ll conjure up one of the biggest live events of the year! 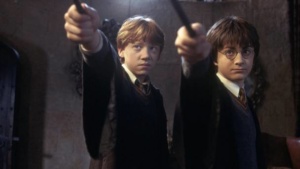 “Harry Potter and the Chamber of Secrets” Film Concert Series brings to life John Williams’ iconic score to live theater audiences, while they enjoy watching the film in its original state on the big screen. What makes this experience unique, is that not only do you hear each note performed live and unaltered to accompany the film, the audience’s passion is in full throttle. You can only find this kind of participation at a concert or a sporting event. Expect cheers when Harry steps onto the screen for the first time, baring his iconic scar or applause when Dobby and Harry meet for the first time. The level of excitement that filled up the Straz theater can only be matched with the likes of a sporting event crowd.

From the very first note, I was hooked again. Goosebumps ran down my arms, once my mind comprehended that I was both seeing Daniel Radcliffe on screen and hearing the iconic theme played on a celesta, setting the tone for the bewitching evening. Moments that were already exciting, became physical as the melodies jumped into my body and drew me deeper into the story line. From title screen to credit roll, it’s impossible not to be in awe with the talent performing flawlessly a score that can be easily be taken for granted without a live orchestra.

I should state, that one might consider me a Hufflepuff or even to go as far as to calling me a Muggle, when it comes to my Harry Potter fandom. While I enjoy the films, I dare say, that I have never opened one of J.K. Rowling’s novels about the marked wizard and his band of fellow school mates. With that said, the night was truly enchanting. Watching young children dressed in their favorite quidditch outfit to adults waving their wands around, it was truly mesmerizing that after 16 years, “Potter Mania” is still alive and going strong.

After seeing “Harry Potter and the Sorcerer’s Stone” accompanied by a full piece orchestra, I knew that I would have a hard time watching another film in theaters. “Harry Potter and the Chamber of Secrets” instills that same feeling once again. For both fans of live music as well as the cinema, this is truly the best way for Harry Potter fans to experience the beloved adventure into the mystics.

Check to see if you city is on the tour list. You won’t regret it.

Suzanna BowlingNovember 24, 2022
Read More
Scroll for more
Tap
Broadway’s James Monroe Iglehart and Capathia Jenkins Give Heart and Soul To The New York Pops
Charles Strouse and Lee Adams’ First Collaboration A Pound in Your Pocket Gets a New Life