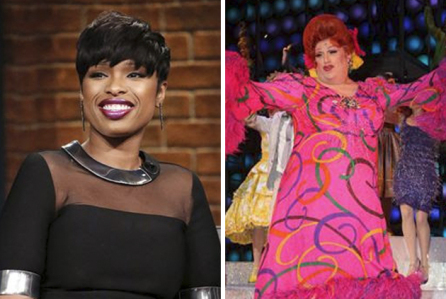 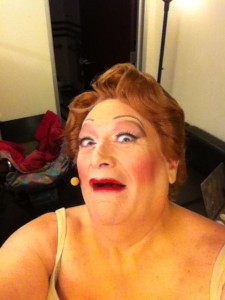 Harvey Fierstein and Jennifer Hudson are the latest to be named in the cast list for NBC’s Hairspray Live!,  December 7 at 8pm.

Fierstein, will pen the screenplay and return to the role of Edna Turnblad, which he originated on Broadway. Hudson, who was previously announced plays Motormouth Maybelle.

Craig Zadan and Neil Meron, who produced the 2007 movie-musical version of Hairspray, will produce the live television version. The Wiz Live! director Kenny Leon will direct along with Alex Rudzinski (Grease Live) directing for television. Jerry Mitchell who was Tony nominated for his choreographed for the Broadway version will choreograph the TV version. Original Hairspray composer-lyricists Tony winning Marc Shaiman and Scott Wittman are also back.

Hairspray featured a Tony-winning book by Mark O’Donnell and Thomas Meehan and was based on the film by John Waters. The Tony-winning Best Musical premiered in 2002 at the Neil Simon Theatre, where it starred Fierstein, Marissa Jaret Winokur, and Dick Latessa. All three received Tony Awards for their performances. Other performers in the original show were Laura Bell Bundy, Kerry Butler, Matthew Morrison, Shoshana Bean and Jackie Hoffman.