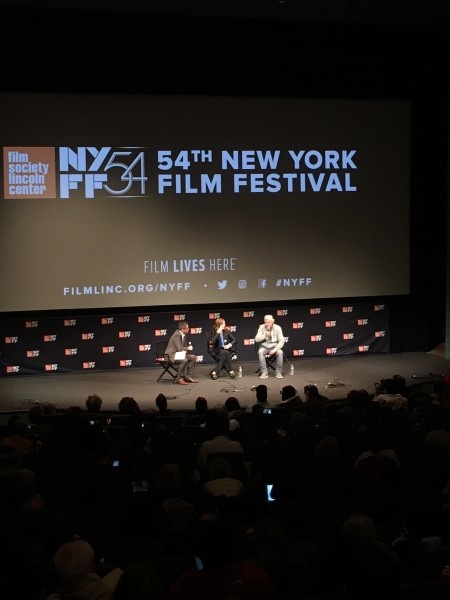 Elle, the French-German-Belgian psychological thriller directed by Paul Verhoeven and written by David Birke, based on the novel Oh… by Philippe Djian, and starring Isabelle Huppert, played at the New York Film Festival this week. The film is one to leave you speechless due to depth and Hitchcock undertones in a story that has really never been told before.

This is a movie about a horrible event that takes place to one woman. While the act itself could be story line alone, it is what happens around it and after it that blows the audience away.

The psychological impact of watching a rape-fantasy film is a hard duty to describe. There is a level of disgust for the act, and at the same time a strange level of attention given to the revenge fantasy of the main character that makes it incredibly difficult to stop watching the train wreck about to happen in real time.

In regards to her uniquely provocative character the actress stated during a press conference, “It’s something that I thought had never existed before in fiction. This is new type of woman. I thought it was exciting to give life to her.”

Sony Pictures Classics boldly scooped the U.S. rights and they should be proud for it. The film is due to create as much awards season buzz as controversy. The many-layered art house piece is perhaps the greatest of Verhoeven’s resume, and it is going to be a notch in his belt that will not be without protest.

A powerful script is matched with even more powerful direction and captivating performances. The creation of suspense is masterful. Throughout the film the manipulation and strokes of genius here leave the audience saying who is the victim – her, him, or me for watching a film about revenge of a dirty rape and seeming to like it. Dare we say?

Irony, seduction and tense scene structure make the film worthy of more than just saying this story about a woman that had something horrible happen to her. Elle instead may be the ultimate feminist battle cry in our apocalyptic, no nonsense time. She is one who does not lie down in the face of tragedy, but rather embraces it for her own need to create a powerful retaliation that turns her on and turns the world inside out for watching it happen.