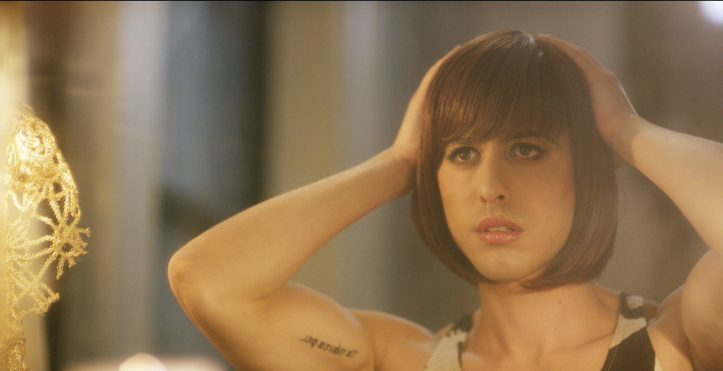 Wandering through the fields calling with earnest for Isabel, a young Cuban child is lost and scared, and it is within that landscape that we discover “Lupe”, the exquisitely touching film delicately written and directed by André Phillips and Charles Vuolo, with a strong and meaningful consult by Celia Harrison. a transgender artist who also plays a key role in this smart enlightenment. The emotionally engaging film shines a bright light down and within, delivering the desperate story of the young immigrant, Rafael, played with powerful precision by the captivating Rafael Albarrán (“Ráfaga”), punching out a detailed silhouette of a beautiful lost boxer saddled with rage and desperation. The young Rafa, as the child is called back in Cuba, displays an incredibly tight bond with the sister, Isabel, played by the engaging Lucerys Medina (“Una Declaracion“). She takes care of of the young child, played meticulously by Pedro Rodriguez, to the best of her ability, with the somewhat distracted help from her friend, Elsa, in the poor countryside, that is until the day she goes missing. The now grown Rafael searches endlessly for the missing sister, following her to New York City and looking to liberate her from a life of exploitation in the city’s underground sex industry. It’s a scary and dangerous road to take, out on those streets, with the act of searching routinely turning bloody and violent, but the quest won’t end, we begin to realize, until Rafael finds Isabel.

It’s a tender tense scenario, brilliantly and beautifully crafted by cinematographer T. Acton Fitzgerald (“Gutterbug”) giving an ambiance to those streets that edges itself between beauty and fear with simplistic ease. The search digs itself deeper and deeper into the darkness of the city, but the finding isn’t the only unpacking that “Lupe” has been named for. Rafael, hooded and stalking the massive and mean streets of New York City, is a powerfully taunt figure almost from the first dynamically etched scene. While struggling to fully understand the internal complexities of transgender identity, Rafael searches for the sister, while, almost more importantly, trying to embrace and bring “Lupe” fully to life. The back and forth plays out strongly, not just on the contrasting landscapes of Cuba and New York, but within the discord and confusion that slowly begins to untangle, like a string of knotted Christmas lights, somewhere inside the chiseled athletic boxer and the ‘femme fatale’ that walks the side streets of the city. The film moves seamlessly between English and Spanish, giving a brilliantly tender under view into a world that Rafael doesn’t fully know how to engage with. Somewhere inside the beautifully unscripted scenes with the protagonist’s friend and confident, Lana, played with utter sincerity by Harrison, the thematic advisor to the film, we find clarity and a deeper authenticity that pulls us in closer than we could ever imagine, digging in to the reality of their world without ever losing sight of the vast and complicated horizon.

Bandaged and damaged, the lost boxer truly believes that the search for Isabel is the key to security, but the inner psychological search is what really is at the center of the storm that is forever threatening on the edges. Lana’s thoughtful voice is the emotional and instructive core, casting a realistic light that guides the flawed but strong Rafael to “Lupe“, portraying transgender characters as so much more than the messy stereotypical. While filming in a bare-bones handheld camera style, edited by Shiran Amir (“Z Nation”) against the backdrop of both NYC and the Dominican Republic, Rafael accidentally comes across his sister’s friend, Elsa, intriguingly well played by Christine Rosario, who is desperate to get out of the rundown sex-trade apartment she feels trapped within. She tries hard to do a solid stand-in for the tormented Rafa she helped care for back in Cuba, but the inner struggle of the grownups are as real and complex as one could hope for from this fascinatingly powerful and subtle film, delivering imperfect characters who aren’t always filled to the brim with truth or good intentions. This is most apparent in the side story of the growing attachment to Rafael’s sparring partner, played strongly by Kadeem Henry, where the two worlds collide and acceptance isn’t in the offering.

The filmmakers and cast have excelled with delivering forth this honest and engaging tale, unearthing a “Lupe”  that subtly showcases the real-world complexities that make Rafa’s journey seemingly scary but possible, all at the same time. Backed by an infectiously intimate and driving score byChristopher French (“Young & Hungry”), the tense search for self is as real and awkward as it needs to be, proclaiming most rightly that they are “more excited than scared”. The film tetters on the protagonist’s unconscious self-destruction, fleshed out inside Rafael’s reckless mission, engaging in the danger that lives on the edges of an immigrants existence, but “Lupe” finds ultimate success in its honest depiction and artful rawness (although there is one and only one moment that borders on the physical exploitation of the sexy actor’s naked muscularity that gets in the way of the emotional expression that should exist within that core). The reveal of one’s true self trembles on the wise actor’s lips, as the armor falls away and finds understanding. “Be the way you want to be, ” we, and Rafa, are told with a fierce and strong intelligence but this truly engaging film, jumping to an ending that is both poetically fulfilling and honest, makes us want to know more about the in-between. “Lupe” empathetically runs smooth and wisely through our veins, delivering an authentic clarity that pulsates with an intimate power that isn’t easily forgotten. 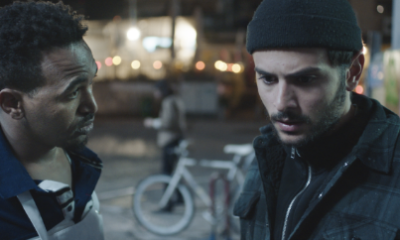 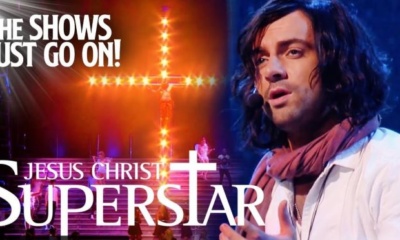