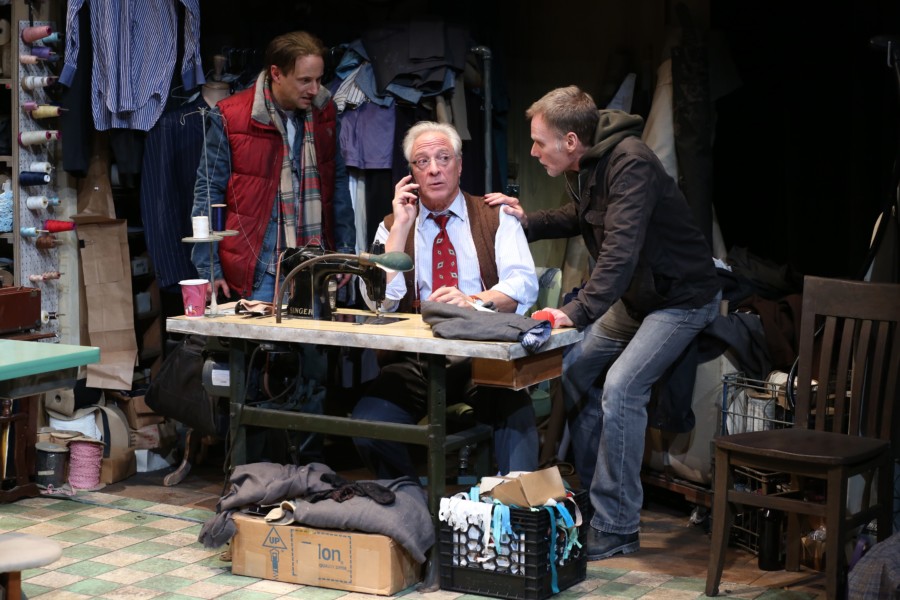 He Says: Aisle Say on the Square: When the Strings are in Tune

He Says: Aisle Say on the Square: When the Strings are in Tune 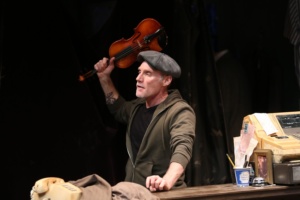 Every so often, there appears what I call a “paperback play.” What I mean by that, is play that, whether or not the author has some deeper thematic purpose in mind,  is really all about story,  and is told in such a way that you want to keep the metaphorical pages turning, as you would the real pages of a great beach read. Other People’s Money was such a play;  so was a few good men; so are most of the plays  buy Philadelphia playwright Bruce Graham. 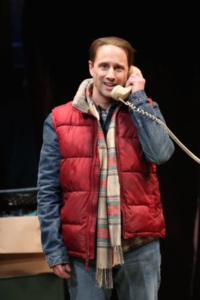 Such is The Violin by Dan McCormick. Taking place on a cold winter’s night in the East Village of Manhattan, in an avenue A tailor shop, it’s about what happens in the evening aftermath of mentally challenged Terry (Kevin Isola) having left a violin that he found in the back of his cab, with shop owner Gio (Robert LuPone), who has long been the spiritual adoptive father to him and his small time criminally-inclined older brother Bobby (Peter Bradbury). As it turns out, this violin is no casual fiddle; and despite Gio’s adjurations that the brothers need to get their act together, employment-wise and morally, it could revive a lot of dead, and frankly impossible dreams. And perhaps not only for the brothers. 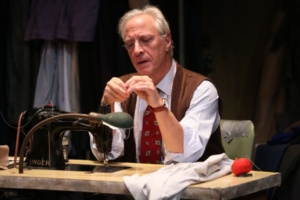 Though the thumbnail description makes The Violin seen to bear an ostensible resemblance to David Mamet’s American Buffalo, the Mamet play is a more casual character study from the period before he had his own self-described epiphany about the value of plot.  Whereas by contrast you get the sense that McCormick has started a story mechanism going with the first lines of dialogue. (“Ya know this city’s so fucked sometimes. Last night as I’m walking over here, I tripped over this.”  I won’t tell you what “this” is, but it figures into the tale.)

What else gets kicked into gear from the moment the play opens,  is the verisimilitude of smart,  realistic portrayals on the part of the acting trio. There’s a New York authenticity to everything they do, under the clean yet unobtrusive direction of Josepeh Discher, and McCormick’s dialogue has an agreeable snap that’s very friendly on the theatre-going ear.  And the design team of five has provided a richness of detail for everything to live on and in.
Caveats? A few. The play is overwritten by at least 15 minutes of material that can be lost without sacrifice to character or story; and for anyone with practiced exposure to the configurations that can be presented with three characters under intense pressure, it’s not hard to spot the tells  of eventual conclusion being prepared for (which would be less in evidence if the play were tighter).
Then again, this staging at 59E59 is the play’s world premiere and the play is strong enough that the director and author,  if they’re as smart as they seem to be,  can use this engagement to work out the kinks for future productions. When a play opens to the public in New York City,  in a major venue, the ”permission” to keep improving isn’t always so readily attainable, and I hope they hug it while they have it.  The Violin deserves to, ahem, keep playing for a while.
Return to the Aisle Say home page
Go to the Aisle Say New York City & Environs Index
Related ItemsDan McCormickDavid SpencerJosepeh DischerKevin IsolaNewPeter BradburyRobert LuPoneThe Violin
Off Broadway