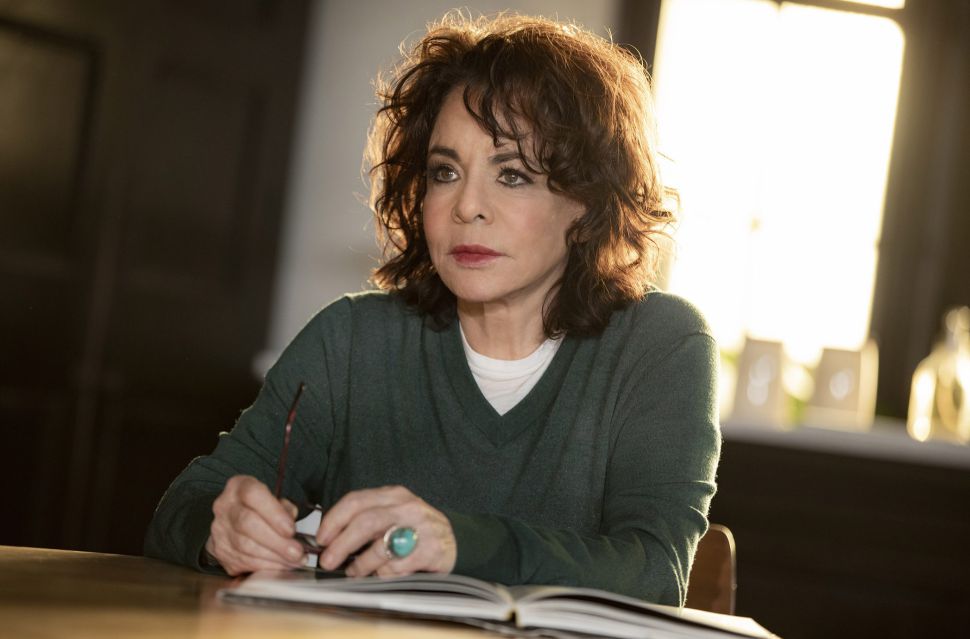 He Says: Apologia: The Definition of Brilliance, With No Need of Any Apology

He Says: Apologia: The Definition of Brilliance, With No Need of Any Apology

The noun, Apologia, as defined by the compelling playwright Alexi Kaye Campbell (Royal Court’s The Pride) in her dynamic meditation on a mother’s sacrifice for the bigger cause, is defined as “a formal defense of one’s opinions or conduct” and definitively, “Not to be confused with an apology” for past actions or behavior. Or this new play could possibly be a searing portrait of selfish political Bohemianism. Either way, Apologia the play that I was desperately trying to see when I was in London last year, has finally arrived off-Broadway after that stellar run in the West End of London. The treatise and defense is stated quite proudly by the matriarch of the family to her family and the world.  She claims it completely, not just in regards to her book, but in all manners that sprout from her mouth in relation to her intellectual positions on just about everything. She does it with exacting authority, utterly at a loss that her impassioned activist stand that is still running through her radical 1960’s leftist blood would or could be seen as anything but relevant and correct.

This defense lives entirely in the frame of Kristin Miller, played with bombastic beauty by the phenomenal Stockard Channing (Broadway’s Other Desert Cities), giving a thrilling and cutting performance that will leave you breathlessly cringing.  She lives and breaths the definition of the title to its fullest, operating in a manner that would appall most, but be understandable to many. This wise political firecracker sees resilience and strong opinions as requirements, not just of familial bonding and the showing of intense care, but as something needed and of the utmost importance in a world in disarray. First written by playwright Campbell as a British woman, mother, and fighter for the truth, the playwright wisely rewrote the piece when Channing made it clear she would like to play the part in its premiere in the West End, and that shift is not only functional and exact, but deepens the divide and enhances the combustible energy within that beautifully crafted kitchen, designed to a detailed perfection by Diane Laffrey (Broadway’s Once On this Island) with precise costuming by Anita Yavich (Broadway’s Fool for Love), dynamic lighting by Bradley King (RTC’s Bernhardt/Hamlet), and telling original music and sound design by Ryan Rumery (Be More Chill).

It’s Spring 2009, and as directed with astuteness and detail by Daniel Aukin (LCT’s Admissions) the sons of Kristin have come to visit and celebrate their mother’s birthday. Kristin’s close friend and confidante, Hugh played so divinely by the talented John Tillinger (Ayckbourne’s House Garden) adds to the layers and dimension of the family unit, bridging the historical gap for all to see in pictures and feel in their bones. For the two brothers, Peter and Simon, both portrayed with intelligence and vigor by the wonderful Hugh Dancy (Broadway’s magnificent Venus in Fur), the returning home and the journey forward has a more textured meaning and combative purpose. The more hard-shelled Peter, a banking sell-out in his mother’s eyes has brought home his new girlfriend, the kind and seemingly out of her depth, Trudi portrayed earnestly by the thoughtful Talene Monahon (PH’s Log Cabin), who motors forward in a barrage of comments and gestures of compassion that make us all cringe ever so slightly, wondering just how deadly the rebuttal will be from her fellow American, Kristin. The young woman treads carefully, but haphazardly revealing spiritual secrets that strike Kristin hard likes slaps across the social reformist’s face. Their similarities of birthplace seem to only deepen the knife’s thrust into Kristin’s abdomen, making the interactions tense and difficult for the eager-to-please Trudi. But Trudi has more hidden inside her than we give credit for, especially when it revolves around that moment “About forgiveness“. The brilliance in Monahon’s delivery, is that the clarity and wisedom is there all along, even in her alcohol-induced cascade of words and impulses, unseen even by the audience, that is until her awareness and deep understanding creeps forward and wraps its arms around the pain and defeat.

The other brother has a different conflict that is in need of resolution. It becomes slightly more clear through the balancing act that is handled most erratically and energetically by the amazing Megalyn Echikunwoke (“Late Night“) as Simon’s soap actress girlfriend, Claire.  It’s obvious that the revolutionary inside Kristin was never going to accept this woman into her fold with ease and restraint, but it is surprising, even to whole of the clan over fish and chips, that the level of disdain unleashed by Kristin is so deeply direct and cutting. But in the light of the day, Claire’s rebuttal is fierce and direct, breaking it down schematically for us all to take in: “Why does she demonise me like that? I kept asking myself. Why does she vilify me? Why does she scrutinize everything I do and then condemn it without a second thought?”

There is no quick answer to that question, a question many, or maybe everyone that has sat at that same dining table might have asked themselves at least once. Kristin’s book though is what is really at the center of this global bit of mothering trouble, and that well-regarded literary masterpiece that chronicles her life and passion has left the two sons bewildered. The title of this powerhouse play, Apologiais the stance Kristen has taken within the many pages of the book that carries the same title.  It definitely is not anything close to an apology but more a provocative announcement of her position on the life and times of. The main problem, at least in the eyes of her two very beautifully and uniquely drawn sons (bravo Dancy), that their very existence is never mentioned. Not once, and “in a book that calls itself a memoir, that purports to be your fucking life story, I don’t get a single fucking mention.” It is asked of this mother not once, but twice throughout the night, with a heartbreakingly relevance and a devastatingly detailed inquiry. The clash between a mother’s duty and a woman’s passion and intellect is what is on that table, and the barely cooked, basically raw chicken is just the first clue. The battle for a better world is what matters to Kristin, and as portrayed by the always fierce and determined Channing, with rebuttal by the wonderfully diverse Darcy, the heart-wrenching exploration slams hard, shattering glass and thrusting the shards deep into everyone’s skin. The last few moments might not be the strongest residual, but the verdict is decidedly clear.