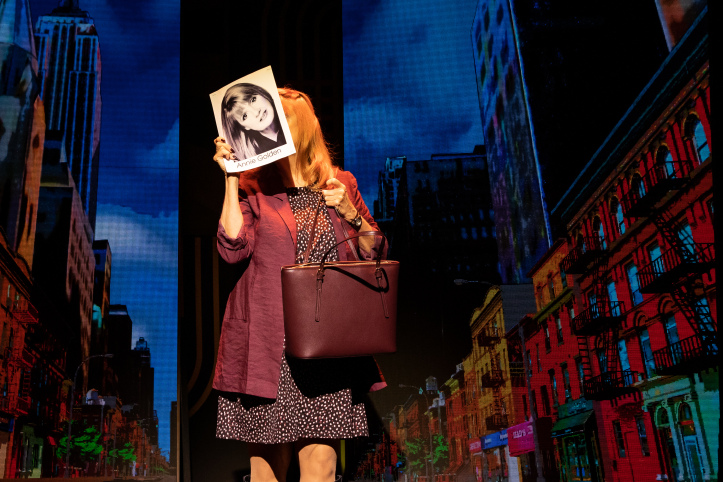 When I was fifteen years old and visiting my Uncle for a month-long tennis camp in Hamilton, New York, Ricky, my best friend at the time, and I wandered into the small town one-screen theatre thinking we were seeing a movie whose name I can’t recall presently. We had looked at the marquee maybe a day or two before and made the plan for the following eve, but over the night, the marquee and the movie changed. We didn’t look up to reconfirm when we arrived, we just bought our tickets and went in. But when the first scene followed by the musical beats of Miloš Forman‘s film version of Hair started rolling out in front of our very surprised and confused eyes, we were at a loss, but enthralled. We stayed put, glued to our seats hypnotized by the music and the wild and sexy hippy culture (so foreign to this small town Canadian boy). It danced before our eyes, encapsulating everything about my own awakening, singing about love, sex, race, and the dawning of the age of “Aquarius“. I was hooked, 100%, as it was all there; open sexuality, free love, my handsome first crush, Treat Williams, and the pregnant free lovin’ Jeannie. played to perfection by the young instantly engaging Annie Golden. Her sweet connection and outlook centered my exploding soul and attached herself most decidedly to my heart.

It was an instantaneous spirit-animal attachment, one that I could never deny and have always held dear to my heart and soul for these past forty years.  So naturally when I saw her name headlining the new musical, Broadway Bounty Hunter at the Greenwich House Theater, I instantly had to go and see that sweet smiling “little red fox“, as she is so affectionally nicknamed in this fantastically fun show.  Little did I know, walking in, that I wasn’t the only one that had been transformed by her. It seems that music and lyric writer, Joe Iconis (Be More Chill), along with co-book authors Lance Rubin (‘Denton Little’s Deathdate‘) and Jason Sweettooth Williams (Old Globe’s Benny and Joon) had experienced something quite similar, as this playfully loving musical is really a meta-love song to the gloriously talented Annie Golden (NetFlix’s “Orange Is the New Black“), surprising even the most adoring fan with her powerful vocals and her extremely engaging presence.  It’s a rebirth of the actress, in a show about an actress in need of a re-birth. And if this show doesn’t do exactly that for her, then there is no justice in the world of Broadway and beyond, just disbelief. Accolades and standing ovations is exactly what she deserves for her Broadway Bounty Hunter.

Directed and choreographed by Jennifer Werner (Punk Rock Girl), working magic on a dime, Broadway Bounty Hunter renders you powerless to its high karate kicks and ridiculously meta-musical premise. Annie Golden plays an actress and “Woman of a Certain Age” named Annie Golden, desperate for another acting job and auditioning with an old headshot of the younger actress from days gone by. She’s basically kicked to the side-lines, dismissed and laughed at while simultaneously recognized as that great young actress from the movie musical, Hair and the original Broadway cast of Assassins. As the power fades in her determination and her apartment due to a lack of funds and employment, a statuesque creature, by the name of Shiro Jin, dynamically portrayed with a strong stance and a wink by Emily Borromeo (Broadway’s School of Rock), arrives with a pair of ninja warriors ready to change Golden’s world with an invitation too righteous to refuse. “Whoop de do” she says, and then dives right in like the professional acting trooper she truly is searching for her inner power and signature move.

With music director Geoffrey Ko (The Honeymooners) at the helm, and music supervision and orchestrations by Charlie Rosen (Broadway’s Moulin Rouge!) lending a strong hand, Broadway Bounty Hunter jumps into high gear when training and inner discovery starts. With a cast of super talented rock-star bounty hunting warriors; Sienna, played by the powerful Badia Farha (Broadway’s School of Rock); Indigo, portrayed by the fiesty Jasmine Forsberg; Spark Plug, sweetly played by Omar Garibay; Felipe, energetically portrayed by Jared Joseph, and Claudine Machine, played by the agile Christina Sajous (Broadway’s SpongeBob…); “Shiro’s Proposition” throws the aging but insanely brave actress into the deep end. She is paired with the handsomely slick Lazarus, deftly portrayed with style and 70’s substance by the wonderful Alan H. Green (Broadway’s Charlie and the Chocolate Factory) and then sent on her first mission, one that makes the others gasp in horror. The two must find and bring back the deadly and dangerous Mac Roundtree, dastardly and delightfully portrayed by the fantastic Brad Oscar (Broadway’s Something Rotten!), a drug pusher and a murderer, living and running a brothel way down in South America. Let the road trip begin. Good morning star-shine (quick Hair reference, if you didn’t catch it).

Played out for wise laughs on a set ingeniously designed by Michael Schweikardt (PMP’s The Outsider), with dynamic lighting from Jules Fisher + Peggy Eisenhauer (Broadway’s Gary), silly and fun costumes by Sarafina Bush (LCT3’s Pass Over), surprisingly detailed projections by Brad Peterson (2016 Broadway’s Cats), and a solid sound design by Cody Spencer (Public’s Here Lies Love), Broadway Bounty Hunter scores. The show could really use an upgrade though, something akin to the same level of production sheen that Be More Chill received when it transferred from Pershing Square Signature Center (which was pretty glossy and higher end to begin with) to Broadway. The Greenwich House stage is a sweet theatre, but far too small for a show this big and entertaining. It falls in upon itself, cluttering up the festivities and the staging, but doing it as best as it possibly can.

It’s a hilariously endearing musical, one that wears its loving heart for the actress Annie Golden most gloriously on its unicorn sleeve. Her Assassins hoody pokes hilariously smart and direct at our funny bone and the chemistry of Golden sings forth as strongly as her voice.  Her ability to grab our heart with a wry smile and well phrased line is infectious and impossible to deny. Just ask her bounty hunting partner, Lazarus, who, try as he might, can’t pretend away the pull of her charm. It’s hard to imagine Broadway Bounty Hunter having a life beyond the actress at the front and center. The meta-musical is clearly hers, but I did notice that she has an understudy by the name of Anne L. Nathan (Broadway’s Once), so maybe I’m wrong. Maybe it has a longer shelf life than the one downtown with Golden in the driver’s seat.  I sure hope so, because I want to believe in her ever lasting star power, even when she isn’t in the spotlight. “Say my name” she cries, as this amazingly talented actress “is back, bitch!” with a solid wildly talented vengeance, and no one can deny her fantastic “it girl” status, regardless of her age. Annie Golden has got it, once again, forty years and counting.