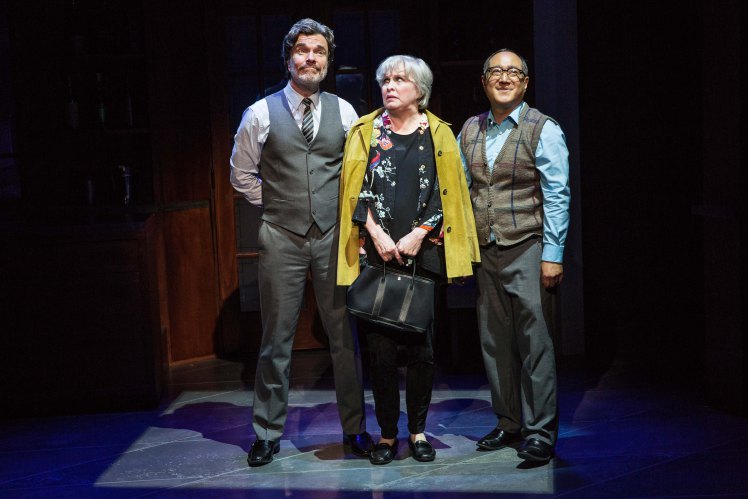 He Says: Curvy Widow: So Simplistic but a Seriously Sassy Senior

He Says: Curvy Widow: So Simplistic but a Seriously Sassy Senior 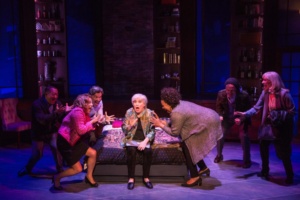 Now she’s not really a senior, if you ask me, and for 55 years old, Bobby, the lead character, played with a big heart and a full voice by Tony Award nominee Nancy Opel (Honeymoon in Vegas), shines.  She and her fellow cast mates certainly know how to kick up their heels, literally, and have a blast shaking their stuff.  As directed by Peter Flynn (Theatre Row’s Two Rooms), Curvy Widow, a sassy new musical about bouncing back into the modern online dating world for the over fifty set, sings and frolics, filling the stage with a playful spark and a ‘let’s put on a show’ demeanor. With songs such as “Log On, Get Off“, “The Rules of Whittling Down” and “Gynecologist Tango“, it’s like a older vaudevillian show packed with a good heart and a saucy PG smile. 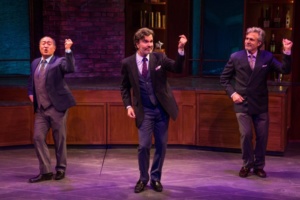