He Says: Hadestown Hits Hot and High Way Down Below 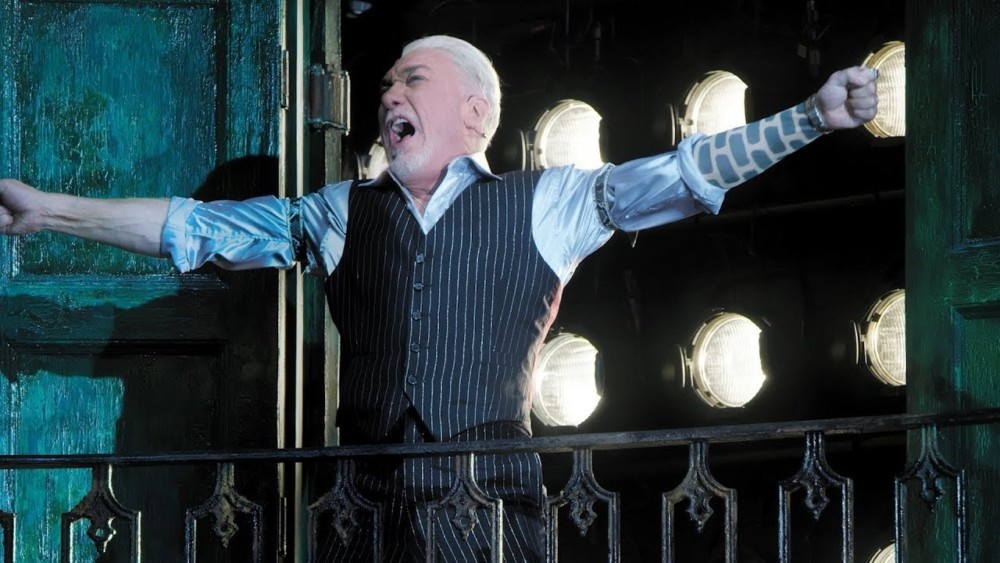 He Says: Hadestown Hits Hot and High Way Down Below

The “Road to Hell” has never been finer than it is currently at the Walter Kerr Theatre with Anaï Mitchell’s spectacular retelling of the old Orpheus myth; a tale of tragic love, survival, faith, and devotion.  The train station should be packed nightly to bare witness to this tight and solidly revolving production, with its suitcase full of wonder, surprise, and a spectacular hot sun. It’s clear from the hot and fiery opening that director Rachel Chavkin (Old Vic’s The American Clock, The Great Comet) has a pure vision of tense and muscular motion, daring us to see the madness of our world inside her robust universe. With feathers on his feet, the captivating and devastatingly smooth André De Shields (Broadway’s The Wiz, PMP’s Half Time) as the engaging and connected Hermes guides us into this realm, with ease and energy. It’s a stunningly electric entrance into the magnificent world of Hadestown that never truly stumbles far from that risk-taking beautiful beginning.

“Way down Hadestown” drives forward with a fire under its belly, ratcheting up the emotionality with each moment and a longing look of desire into the eyes of the other. With a viscerally strong New Orleans voodoo draped over top, the music and lyrics, coupled with a tender book by the gifted Mitchell (2019, Bonny Light Horseman), the piece took root many years ago, growing up to the heavens by touring Vermont and building and refining itself, which she orchestrated into an acclaimed concept album (2010, featuring Justin Vernon and Ani Difranco). Selling out the NYTW stage in 2016, Edmonton’s Citadel Theatre in 2017, and the National Theatre in London last year, the constantly evolving musical has finally made its way to Broadway, and made all the better for its journey. The road is long and dangerous, we are told, and in a crowded new musical theater season, the new and improved Hadestown floats up higher than all others as it descends with style and spirit down into this Jazz-soaked Hell so beautifully brought to life by scenic designer Rachel Hauck (Ars Nova’s The Lucky Ones), with dynamically pinpointed lighting by Bradley King (Broadway’s Bernhardt/Hamlet), and a sizzling sound design by Nevin Steinberg (Broadway’s The Cher Show) and Jessica Paz (Public’s Miss You Like Hell). It’s an epic arrival, this descent, and one that everyone must travel.

“Don’t come on too strong” says Hermes, hoping to help guide the young love struck dreamer, Orpheus, played with a sweet faced sensation by Reeve Carney (Dorian Gray in showtime’s “Penny Dreadful“, Broadway’s Spider-Man…) into the troubled arms of the struggling Eurydice, played soulfully by the powerhouse Eva Noblezada (Broadway’s Miss Saigon, West End’s Les Misérables). The central love story blossoms like a rose on a barren horizon in need of a drink to push away the desperation. It’s “All I’ve Ever Known” she cries, and even if Carney’s sound never really meshed with me, his heart entered my own and grew a flower.  “A Gathering Storm” approaches these two young lovers, determined to unleash the breath of her fates, dynamically played by Jewelle Balckman, Yvette Gonzalex-Nacer, and Kay Trinidad. The three embody the troubled world and its hurting heart, in all its glory and pain, warning and prompting the two forward.

They “Chant” and fret about the future, while the workers, robustly played by the powerfully ripped and sinewy chorus comprised of Afra Hines, Timothy Hughes, John Krause, Kimberly Marable, Ahmad Simmons, struggle and pound out their existence in breathtaking rotation under the eye and whip of their master. The five lash out the aggressive, athletic, and sensual choreography of David Neumann (BAM’s Home) with sweat and power, entrancing us in their devotion and defeat. “That’s what it looks like to forget“, but for the time being, they are holding on, while the others, King Hades, powerfully played by the low-down Patrick Page (Broadway’s Saint Joan) and his wife, the glorious Persephone, portrayed to heightened perfection by the unbelievably good Amber Gray (NYLA/UTR/Taylor Mac’s A 24 Decade History…) are “Livin’ It Up On Top” dressed to the 9’s in the dynamic charged costuming of Michael Krass (Broadway’s Noises Off) feeding themselves on wine and passion. “Who makes the summer sunshine bright?” Gray’s Persephone, that’s right, and she is the heart and warm fire down in that hot hard heat of hell.

There is trouble though, when the warm seasons gets shorter and her leash gets tightened. “Our Lady of the Underground“, one of the most breathtakingly electric Act Two openers around, flies her fervent and troubled love affair to the forefront after Hades growls out the charismatically forceful “Hey, Little Songbird“. The growl sends shivers run down our collective spines when he summons the scared young girl to step into his office. Persephone knows what’s a-coming for Eurydice, and she pushes that struggle against Hades to the forefront. “How Long?“, they both ask, can their dual natures survive the tempestuous storm, even with the heat generated and radiating outwards between the two. The heat is on, thanks to the musical direction and vocal arrangements of Liam Robinson (Broadway’s War Horse), music coordination by David lai (Broadway’s My Fair Lady), and arrangements and orchestrations by Michael Chorney and Todd Sickafoose. Hades devotion to industry over nature terrifies, blasting forth the idea that building a grand wall will keep out the enemy, and keep them safe, and although that sounds like another demon we all know too well from our world, his powerfully alive wife can see, along with us all, that Hades is just pushing forward ideas of fear against love, with the profoundly saddening belief structure that doubt will undo faith when push comes to shove.

It’s a heart-breaking hell-raising journey to the underworld and back for both these love affairs. The songs, as they say, are so beautiful, they will raise the world back to vibrant color again, even as we connect the historical and mythological dots that make us worry about our present existence. “Wait for Me“, he cries with a wild passionate longing that brought tears to my eye as the lights swung high and powerfully with dramatic purpose through the air. It’s one of those theatrical moments that will live long inside my soul forever embedded in my heart’s fibers.  Hadestown delivers a deeply resonant and defiantly hopeful theatrical experience, filled to overflowing with passion, artistry, and love, even as are hearts are crushed in the end by our human frailties.