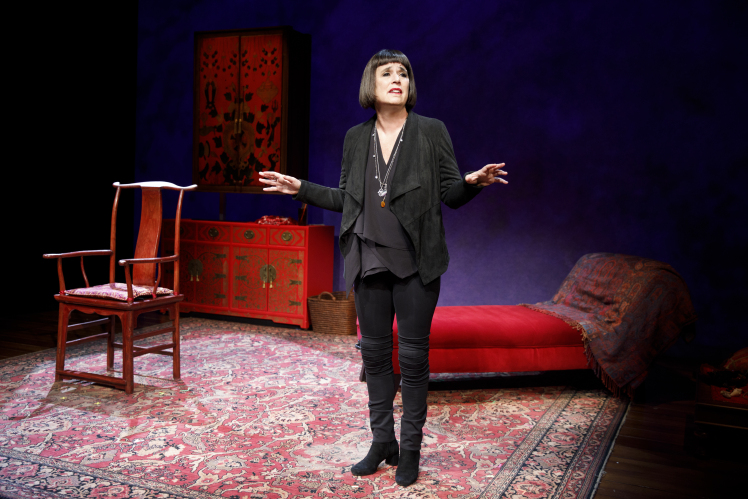 He Says: In the Body of the World: A Hippy Chick Hug That Didn’t Quite Connect

He Says: In the Body of the World: A Hippy Chick Hug That Didn’t Quite Connect

Ross
I feel like a bad feminist. Yes, a feminist, just like my hero, the Prime Minister of my homeland Justin T., because I have never seen the worldwide phenomenon, The Vagina Monologues. That performance piece has been seen by thousands all across the globe, published in 48 languages, except of course for the countries that banned it. Through that show, Eve Ensler, the Tony award winning playwright and all around activist, attempted to normalize the word, ‘vagina‘ using numerous voices and scenarios, so that we, as a patriarchal society could get used to the word without squirming. Now, she has another word for us to get comfortable with this decade. It’s like Sesame Street for the adult feminist. And she is giving us all another another peek into her eternally proactive and socially conscious world in order for us to reclaim that signifier and all we have to do is get used to her new word of the day, the “C” word. No, not the four letter one, you dirty bird, nor the one she first starts talking about in her aggressively interesting and challenging new one woman show, In the Body of the World (#ITBOTW), faking us all out by thinking it is going to be about the Congo and the women she has actively tried to assist. Oddly enough, it is in an abstract way, but secondarily or layered within. The “C” word of today’s program is the dreaded word we all would hate to hear directed at us, the diagnosis draped in dread: “Cancer”. That word is one we hope to never hear being said to us or anyone we care about in a hospital or doctor’s office. It strikes fear in all of us; man, woman, transgender, or child. And it struck fear in Ensler, when it was, clearly and definitively, spoken to her regarding a tumor growing inside her body.

This compelling journey, from one of Newsweek’s 150 Women Who Changed the World, takes us from the beginning to the happy ending we are well aware of. She is standing there before our eyes looking healthy and radiant, so that does give us a bit of peace from the onset. But back in May 2010, just as she is about to attend the opening of City of Joy, a sanctuary she helped to create for rape victims in the Congo, Ensler is told that she has a cancerous tumor inside her uterus. From that point on the feel of In the Body of the World, pointedly directed by Diane Paulus (Broadway’s Waitress, Finding Neverland), shifts from what first feels like an exploration of the horrible stories of women in the Congo, but leads us into the equally complicated and emotional quest for survival. It all starts at the Mayo Clinic, a place she comically refers to as existing in ‘Tumor Town‘, Minn., and follows Ensler through the process of recuperation and recovery. All the while, she layers political stories of unjust and horrifying treatment of women across the globe, and the discomfort and mistreatment of people in our health care system. She asks the symbolic question of her Cancer, wondering if she and her lifestyle is the cause. This morality of internalized self-blame is a bit off-putting and a tad distasteful, but it does feel like an true, honest, and complex place of questioning for many. Was it her lifestyle, her food choices (Tofu?), her favorite beverage from her past (Tab?), or was it something more esoteric? Is she manifesting disease inside her body as a result of the stories of violence propagated against women that was described to her by the victims of abuse in Africa; a somotizing creation of the moment when she listened to a woman named Angelique tell a tale of unimaginable horror, one that we can hardly believe someone could survive. Ensler tells us that “It was here I walked out of the world,…Here in the suspended somnolent zone where I told my body to die.” Was that the moment when the tumor was born?

The implication and dramatic arena Ensler asks us to join her in is powerful and throughout-provoking, leading us down pathways that are both personally upsetting and globally disconcerting. Ensler is fearless, smart, and filled with overflowing confidence and power. It’s a huge canvas she is trying to paint for us, one with branches and leaves filled with optimism, fear, discomfort, and spirituality sown into the very fabric she is creating, informed in the beautiful projected imagery from designer, Finn Ross (Broadway’s Frozen, Curious Incident…).  As a force of nature, her desire to inform and engage, along with her compassion and personal vulnerability is impressive.  Some of the stories are devastating, saddening, infuriating, but also she treats us to tales of love, compassion, and humor, especially in the form of Cindy, the ‘fart deliverer’. Her personal list of people to thank for their support and surprising attention can feel a bit like an acceptance speech that she might give at an Off-Broadway awards show, but it also shows her generous spirit and openness to her own internalized negativity and cautiousness with her heart.
I can’t say that I was completely drawn in to her story of survival though.  At moments this poster child of rebellion, sexual liberator, and hippy chick goddess showcasing her deeply felt eastern spiritual roots and ideals feels like she is trying hard to unionize us behind her latest political stance, an approach that might prove to be as successful as it was with the unpopular girls she tried the same thing on in high school (it was not).  She is charmingly empathetic to all, like the social worker that also exists inside me, giving herself over to be of use to all and hoping that her energy and anger might change the world.  But something about her performance and writing makes me not want to join her completely in her dance of free expression nor wander through the landscape of growth that spectacularly is gifted to us by set and costume designer, Myung Hee Cho (Mark Taper and the Public’s Yellow Face) and lighting designer, Jen Schriever (Broadway’s Eclipsed) near the end of this 90 minute piece. I found myself sitting back a little, and keeping some distance.  Maybe it’s my own internalized discomfort with disease or her insistence that I had to join her, that made my own rebellious nature separate from the experience, I’m not sure. Her tale seemed to engulf the others with a non-gendered engagement and hug of global love and acceptance, but it was only my intellectual self that felt thoroughly hugged.  If you are drawn in, you’ll be held tight, but if not, you’ll walk out, like I did, bypassing the invitation, feeling that you did truly experience something powerful, but just not the internalized connection you might have been hoping for.