He Says: Summer – The Donna Summer Musical: I’d Sure Have Loved To Love You, Baby, But The Beat Just Wasn’t There 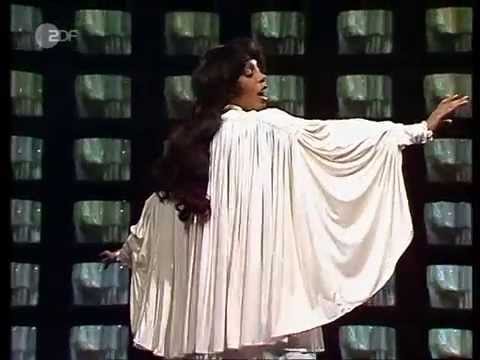 He Says: Summer – The Donna Summer Musical: I’d Sure Have Loved To Love You, Baby, But The Beat Just Wasn’t There

It’s been a few days since I saw the new jukebox musical, Summer – The Donna Summer Musical live on Broadway, and even though no one would ever call me a Donna Summer super fan, she and her music positively played a part of my early adulthood. It’s a terrible title for a musical, I have to say first off, one that is a sign of exactly how uninventive the people behind this bio-musical is, or at least how little energy was put into making this something truly inspiring.  It works on a certain Times Square tourist attraction level, but as theatre, even as a jukebox musical, it fails to rise above the material.  That being said, it is great to hear some of these golden songs again, as they are true gems, and I would wager that many in the audience are still humming those tunes today because of that show. I know they couldn’t help themselves the night I saw the musical, singing loud and strong along with the performers, joyful following the proclamation from the stage giving them full permission, but I have to admit two things.

First, singing along is something I’ve never understood. It happens at concerts all the time, and I always think, “aren’t we there to hear them sing? not you, my theatrical neighbor” I can sing along to their music in the comfort of my home (or car – for all you drivers out there) and save my dollars for something else if I can’t even hear the actual performance. The second thing thought is a confession. I still can’t get some of those songs out of my head, singing “Love to Love You Baby” softly to myself as I go about my business days after seeing this Broadway show. I don’t think I have thought about any of her songs in years, but these solid hits are now back in my conscious brain, feeling the disco beat, and it is all because of Summer.

When asked by an Instagram follower soon after I posted that I was at the Lunt-Fontanne Theatre to see the show, (and after giving my normal response – “watch out for my review posting soon”) I did say that the lead, Tony Award winner, LaChanze (Broadway’s 2006 The Color Purple) was absolutely the best and most exciting thing in this quick 100 minute musical, lazily directed by Des McAnuff (Broadway’s Dr. Zhivago). The crowd literally went crazy when she rose up taking center stage wearing a gorgeous glittery gown, courtesy of disco costume designer Paul Tazewell (Hamilton, Escape to Margaritaville) telling us all that “The Queen is Back“. She is everything you could hope for in the role of Diva Donna, one of three Donnas we will be quickly introduced to, but by far the most delicious. Her singing and stage presence is intoxicating fueling the songs with all the drive that disco requires.

This follower then asked, “was that it?”, and I then added, with hesitation, the sparkly dresses and outfits were pretty amazing…..And the large graphics of Donna Summer projected on those squares (projection design: Gareth Owen) that rise up and down within the plain and very conventional set, courtesy of Robert Brill (Broadway’s Assassins). Hoping that would be enough to stop the follow-up question of “what else?” Because to be frank, there wasn’t much else to say beyond some well-timed hydraulic lifts that float the ladies who play Donna up high on to their very deserving pedestals to sing the slew of songs we are all ready and waiting for.

The book, credited to director, McAnuff, Colman Domingo, and Robert Cary, do little to flesh out the story of this young singer’s rise to fame beyond the obvious.  It feels as generic as a Wikipedia read or an after school special, playing up the more innocent “I Believe in Jesus” moments, and quickly flying over the “Bad Girls” ones, especially the physical and sexual abuse scenarios and the ill-timed anti-gay statement that Donna Summer is said to have made in the mid-1980’s. Whether it is a myth, rumor, outright lie or flat out truth, that quick aside revolving around it and AIDS feels forced and rushed, like it couldn’t be brushed away fast enough, but I’m guessing the writers felt it was a requirement that they quickly had to drive by.  I’m not sure the moment, like many, register as sincere, but I also believe that there is no sure fire way to really address the controversy coherently without it sounding as forced as Donna Summer’s own denial.

Regardless, let’s shimmer and slide to the disco beat back over to the other Donnas. Ariana DeBose (Broadway’s A Bronx Tale) portrays the young adult Disco Donna and she has a lot of weight to carry throughout the tale as she plays out the time frame when Donna was the “Undisputed queen of the Seventies disco boom” (The Times, May 17, 2012 in her obituary). Sadly her singing is the least inspired, sounding somewhat soft and muted in comparison to the exciting LaChanze. The orchestrations by Bill Brendle (La Jolla’s Yoshimi Battles the Pink Robots), musical supervision by Victoria Theodore (“Twenty Feet from Stardom“), and music supervision and arrangements by Ron Melrose (the much better Jersey Boys) do her no favors either, dragging the music down to a place of less energy and fire. I couldn’t help but wonder where the beat was, or the drive. The disco flame is smothering in Summer and in need of some adrenaline, but luckily, the fire is never completely blown out.  Choreographer Sergio Trujillo (Broadway’s On Your Feet!) does his damnedest to keep that fire burning, driving the determined ensemble to give it their all, even when the music isn’t cooperating.

The youngest Donna, referred to in the program as Duckling Donna, portrayed by Storm Lever (City Center’s The Wringer) rises to the occasion in voice and spunk, but never really lifting us up further than the stereotypical portrayal of this young character. The back story of her childhood is interesting enough, as much as Disco Donna’s rise to fame, but it never feels like something that we haven’t seen before in other better biographies. Tina the musical has just opened in London’s West End, and I’m hoping, when that Proud Lady arrives on Broadway she’ll have more rollin’ in her rock than Donna does in her disco. The other people in Summer’s life, fail to make much of an impression on the whole dynamic. No one is terrible, mind you, but no one rises up either, except Jared Zirilli (Broadway’s Lysistrata Jones) as singer and husband Bruce Sudano, but his spark is quickly extinguished and put far back on the burner. Luckily we settle into a rhythm where we are looking more for the music, and letting the storyline just be filler.  We want them to just “Dim All the Lights“, and show us all the “Hot Stuff” hoping to find the “Unconditional Love”  that we feel for the woman who “Works Hard for the Money“, and that woman that “I Feel Love” for is LaChanze, and only LaChanze. She and the music are the only reason to walk into that theatre. It is for her “MacArthur Park” that we can say, “I Love You” and rise to our feet in applause for her “Last Dance“. And then sing all those magical songs that can be found “On the Radio” softly to ourselves on the way home, knowing it wasn’t a complete waste of time.