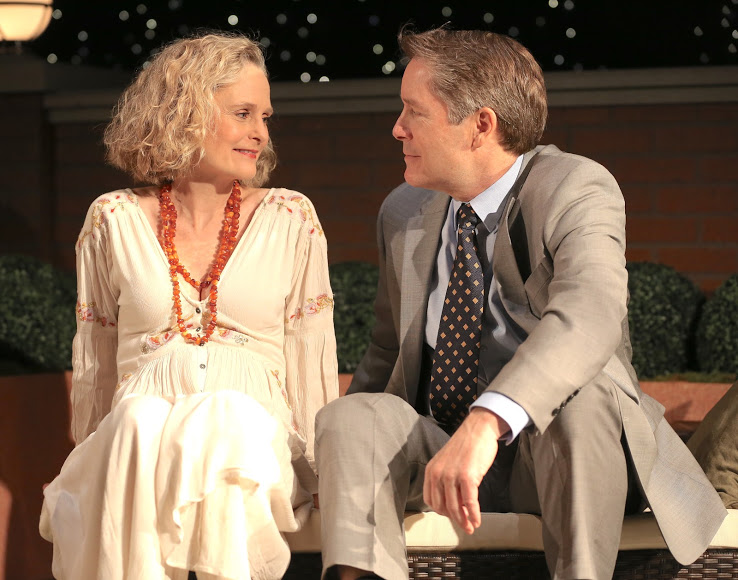 Ross
Interruptions. Interruptions. That’s the thing that keeps happening in A. R. Gurney’s Later Life, now being revived by the Keen Company at Theatre Row. One after the other, but it all starts with a setting of the stage by Sally, the lovely and pushy host of a friendly gathering in a charming apartment overlooking Boston Harbor.  Played by Jodie Markell (Public’s Machinal), in the first of many characters she plays throughout this well-crafted 90 minute one-act play, she lights a candle and shifts a few chairs on an expansive well-appointed terrace, designed with grace by Steven Kemp (Keen’s tick, tick… BOOM!), and lit with numerous stars above by David Lander (2ST’s Torch Song), and then, she states, “That’s all I can do. Just set the stage.”

Suzanna BowlingMay 17, 2022
Read More
Scroll for more
Tap
She Says: Later Life, a Show Time has Passed By
He Says: Escape to Margaritaville: Island Breezy Fun (But Beware the Hangover the Next Morning)