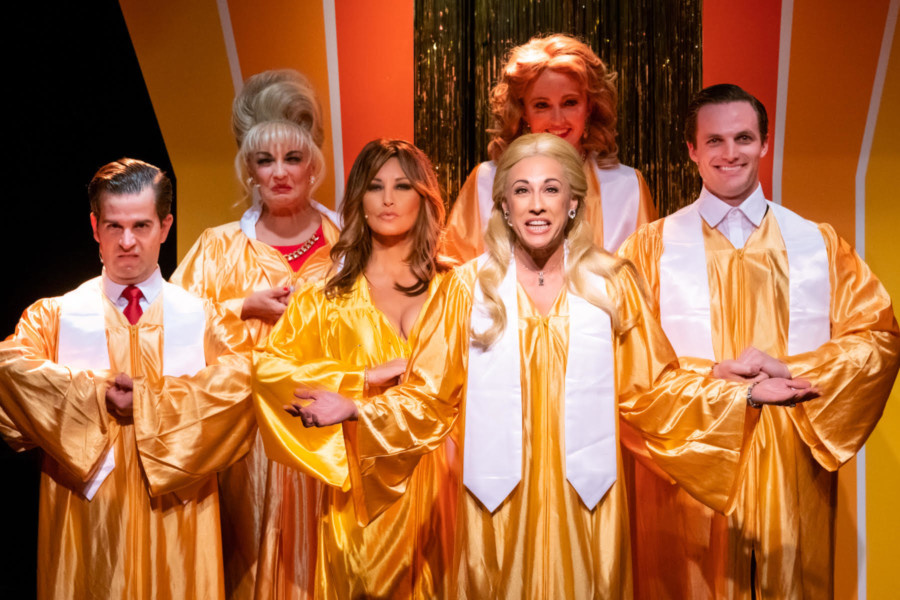 The First Annual Trump Family Special, is rather witty and a fun night out. This cabaret musical written and directed by Danny Salles, has music and additional lyrics credited to Tor Hyams & Lisa St. Lou who plays Ivanka, features the Trump family gathered for a televised special. Playing at the Triad Theater on Thursday’s this recently opened parody, shows how most people see Trump and his family, as clowns on display. In this production they are narcasistic, stumbling around for the spotlight, politically incorrect, caricature of the most powerful people right now. 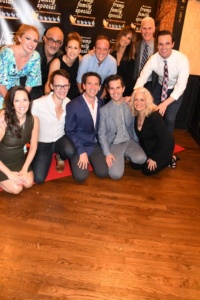 Surprisingly this show is endorsed by former White House Communications Director Anthony Scaramucci, a.k.a. “the Mooch,” “They know how to take a joke.”

Starring actress Gina Gershon as a dead-ringer for Melania, Gina is perfect in the role. She is perfectly dead pan and can sing. She is terrific in her numbers “Look Gorgeous” and the heartbreaking “Circus” where she talks about Trump being unfaithful. Her lines about Trump being a “Well-endowed lover,” has Melania’s stating “My little mushroom?”  As Trump is running progressively late he tweets up a storm with one to Melania stating: “Still on one of my tremendous golf courses. I’m playing the 3rd hole and thought of you.” 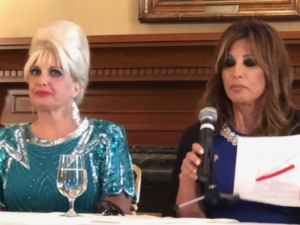 The TV show is being taken care of by a rock hard Ivana (Lisa St. Lou), who pushes her clueless brothers Eric (Peter Hargrave), Donald Jr (Brian Sills) to do her bidding. Ivanka (Suzanne Sole) and Marla Maples (Marissa Mulder who also for a nano second plays Tiffany). Jared Kushner appears briefly as a ventriloquist’s dummy. In the middle of the show Jeremiah (Michael Sheehy), the show’s queer producer, can not believe he has sunk this low as he sings “MAGA/ And Then He tweets”. 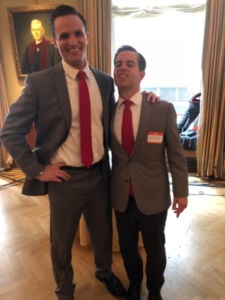 Song titles include “Win, Win, Win,” which the family states “We’re here for six more years!” “If I Had It As Bad As You,” as the Trumps imagine themselves to be ordinary. 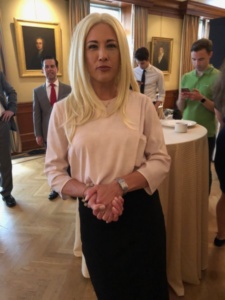 The cast is perfect in their interpretations and Marissa Mulder is a standout on her solo “If I Had It Bad As You.”Who knew this cabaret singer was such a good actress. 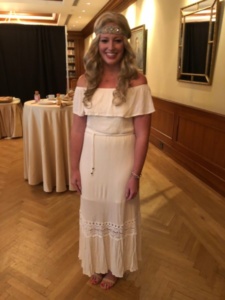 This show is very reminiscent of the old parodies and satires done in the East Village in the 70’s and 80’s and is actually a fun night out. 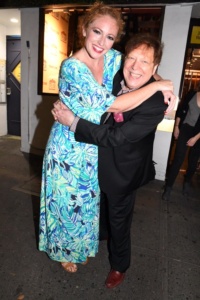 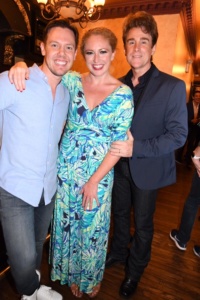 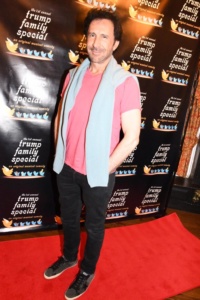