Head Over To The Green Room 42 For Reeve Carney 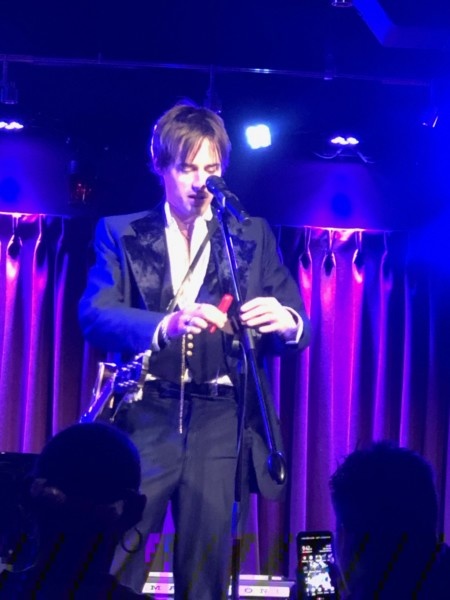 Head Over To The Green Room 42 For Reeve Carney

I am excited to hear Reeve Carney reinterpet the songs of Queen tomorrow March 3rd at 9:30 The Green Room 42.

I was so blown away by his amazing concert last week where he showed of all his own writing. I took so much video I still have more to show before this next concert.

His first number was “Geronimo” is from his  five-time Independent Music Award-winning album, Youth Is Wasted. Youth is Wasted, was recorded primarily in his New York apartment. During his demanding Spider-Man schedule, it was impossible to get back and forth to the studio, so Reeve decided to build his own studio-right in his living room. His bizarre Broadway hours also made teaming up with other musicians all but impossible, so Reeve took matters into his own hands, literally, playing every single instrument himself. Thus, the album has a homespun quality, a la Paul McCartney’s Ram-which just so happens to be Reeve’s all-time favorite album.

In “Gotta Let You Go”, you can really hear the rock timber to Reeve’s vocals.

In “Intention” we see another side of Reeve’s writing and vocals.

For those who do not know who Reeve Carney is, Carney is best known for his portrayal of Dorian Gray in Showtime’s “Penny Dreadful,” Riff Raff in Fox TV’s Rocky Horror Picture Show and originating the role of Peter Parker in Julie Taymor and U2’s Spider-Man Turn Off The Dark. He has become apart of Hadestown and now I really want to see what they have done.

As always Daniel Dunlow’s lighting was exquisite and set the tone.

The Green Room 42 is the place to discover really talented artists. Who knew I would be treated to one of the best rock concerts of my life. Carney is musical nirvana.