As The world continues to mourn Muhammad Ali, T2C found this video that features Ali singing in the 1969 Broadway musical Buck White. Suspended from the ring for not joining the army while the Vietnam War waged, he starred for seven days in Oscar Brown Jr. and Jean Pace’s adaptation of Joseph Dolan Tuotti’s play Big Time Buck White. 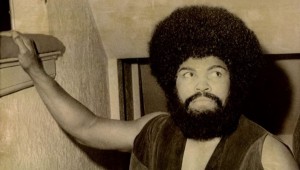