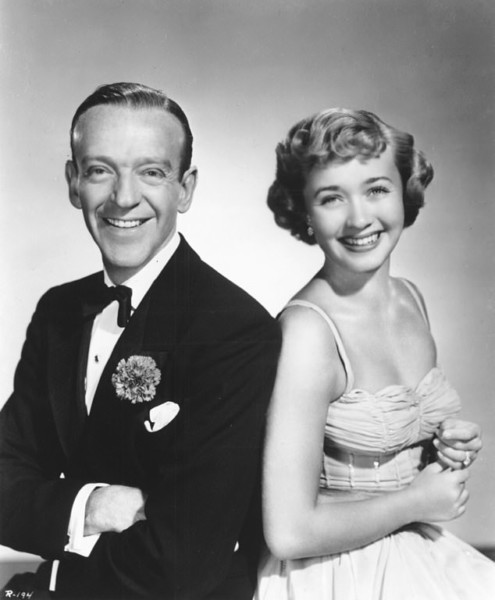 When I remember Jane Powell, I think of Seven Brides for Seven Brothers and her dancing with Fred Astaire in Royal Wedding. I didn’t really know she had a amazing soprano, which showed off her “It” factor in spades. It took her passing away from natural causes st 92 to learn of her truly remarkable talent.

Born Suzanne Lorraine Burce in Portland, Oregon. Powell began her show business career as a singer, promoting the sale of World War II war bonds as an ‘Oregon Victory Girl’ prior to heading south to Los Angeles, where she began to work for MGM.

Her film debut was in 1944’s Song of the Open Road, alongside W.C. Fields, Edgar Bergen and bandleader Sammy Kaye.

Delightfully Dangers in 1945, Holiday in Mexico in 1946 and A Date With Judy in 1948 prior to her breakout role in 1951’s Royal Wedding. Powell replaced Judy Garland.

After 13 years Powell left MGM as musicals were being phased out.

She performed the shows I Do! I Do! and The Unsinkable Molly Brown on stage and on Broadway as a replacement in Irene, but preferred dramatic theater.

She was married to Dick Moore, an actor/publicist who passed away in 2015. Powell took to the aislefour times, and has a son Geary and daughters Suzanne and Lindsay.

G. H. HARDINGAugust 3, 2022
Read More
Scroll for more
Tap
Julien’s Auctions Announces Property From The Life And Career Of Sylvester Stallone
Broadway Takes Over Early Morning and Late Night TV and Showed Up On You Tube